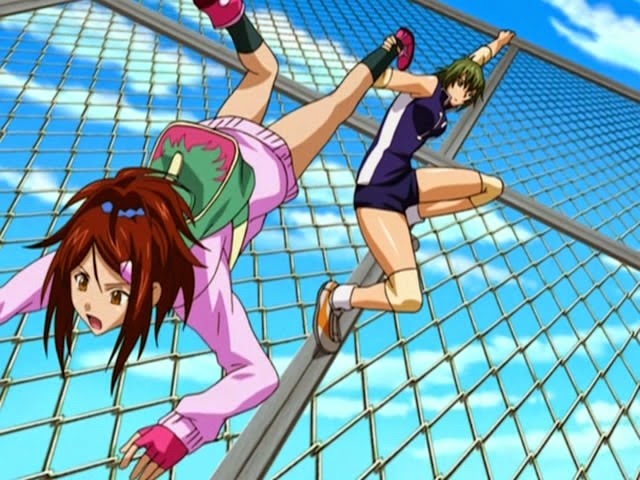 Back when I was in high school, if the girls’ skirts behaved like they did in Ikki Tousen: Xtreme Xecutor I suspect that the puberty version of me might not have got much study done.

Actually, that’s unreasonable. It’s not like I was the best of students anyway, and I found plenty of excuses not to pay attention in class. But if the girls’ skirts behaved that way I would have spent less time drawing stupid cartoons in my textbooks.

In fact, I’m not sure why the animators even bothered to draw skirts. A whole lot of animating effort went into drawing these bits of cloth that failed to achieve its sole purpose of existence (i.e. concealing a girl’s underwear). 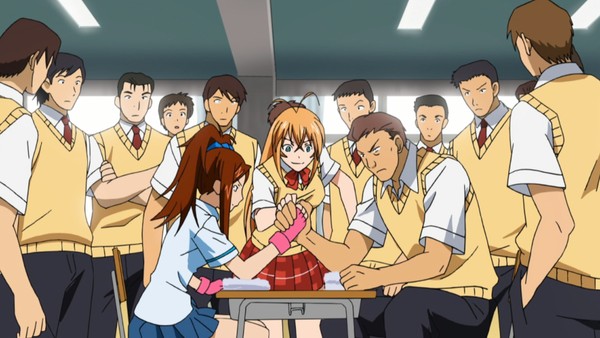 I’m harping on about the skirts (and upskirts) of Ikki Tousen a bit, but it’s an important point to make because the most memorable thing about this anime is that is features a whole lot of underwear, low camera shots, gusts of wind, and combat that causes material to rip in convenient places (convenient from the point of view of the male gaze, I mean).

The most immediately comparable anime that I can compare this to that I have recently watched is Aesthetica of a Rogue Hero, but where that anime is more interested in actual nudity, Ikki Tousen seems to be more interested in playing to a schoolboy’s fantasy of being in the right place at the right time to watch as a gust of wind catch under a crush’s skirt. It’s something that most of us thankfully grow out of, so it’s quite clear that this anime is pitching itself as a juvenile one for a younger male market. While it’s unashamedly exploitative, the anime does approach this theme from a spirit of bright silliness that seems to suggest that it wants people to be in on the joke, rather than titillated.

However it’s a bit unfortunate that the anime is so focused on the panties and leaves itself so open to dismissal since, if the director and writer had more faith in the core narrative material, Ikki Tousen would have been something that could be recommended to a far, far larger audience. See, it’s actually quite intelligent. 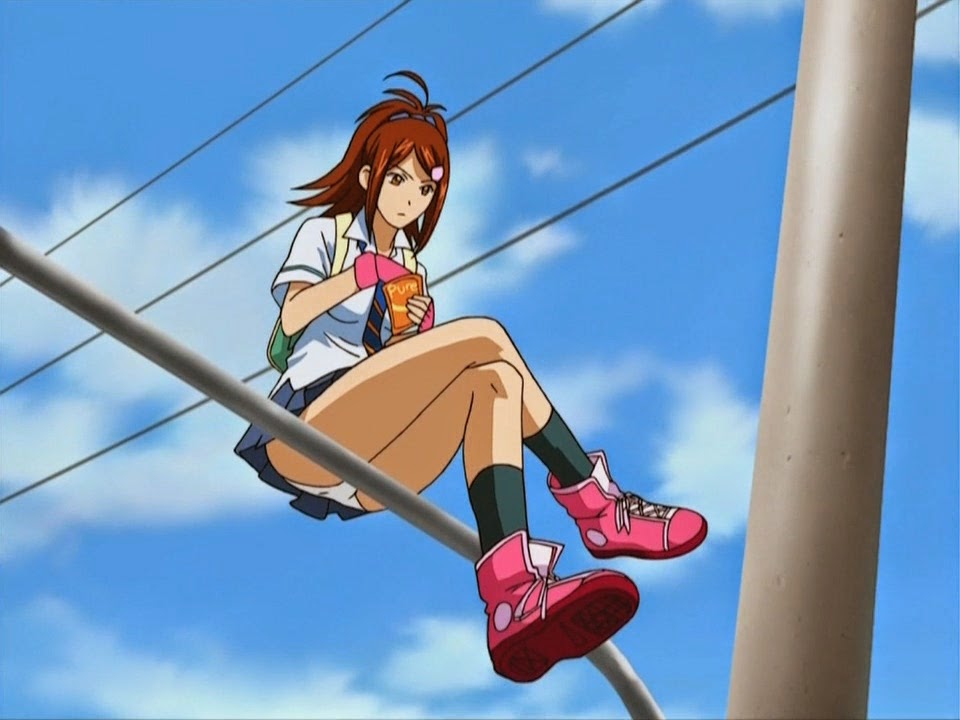 Look underneath those flying skirts (yeah, I couldn’t help that one), and you’ve got a tale that cleverly rewords the Three Kingdoms era of Chinese history into something that gels perfectly with the standard action-anime structure.

So, yes, you have characters that have this obsession with getting more powerful than their next most immediate rival, to then beat them to a bloody pulp and then somehow become pals with them. This is mixed in with some mythology around dragons (representing the Three Kingdoms background) and a whole load of other stuff that is probably easier to simply forget about then try and puzzle out.

The base story is quite easy to follow, though the writing is, at times, quite awkward. There’s some considerable jumps in logic that play out throughout the season, and for many the best advise will be to simply gloss over those moments than try and make sense of it all. That being said, the characters themselves are generally quite likable, with some decent performances helping to get us engaged. I do recommend that folks watch this one with Japanese voices and subtitles, as those performances are much stronger. 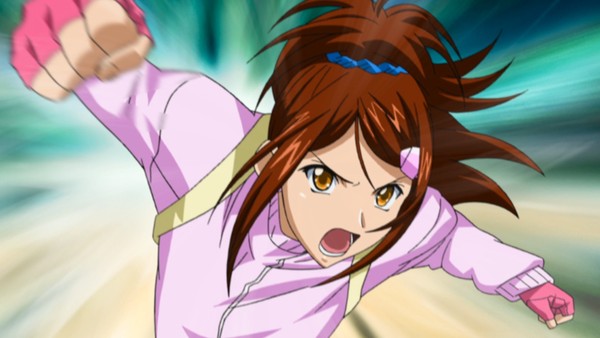 This is my first experience to the anime, and despite being Season 4, I had no difficulty catching myself up on the plot. There’s a brief sequence at the start that runs us quickly through what had happened in previous seasons. I’m sure there is some stuff in there that would be clearer if I had have seen the previous seasons, but for the most part it

The DVD package itself has an extras DVD with plenty of bonuses on it, making this a physical package worth picking up for purists. There’s select episode commentaries, promotional videos, Japanese and US trailers, textless songs and “Six Dreamy Views; Episodes 1-6” which is the pick of the bunch, and fairly self explanatory. There’s also a 45-minute bonus Ova: Shugake Toshi Keppu-Roku.

It goes without saying that Ikki Tousen is only going to appeal to people who can handle fan service. And the fan service here is so gratuitous that it is both off putting and worthy of criticism. Despite that, however, the anime is a solid tale of empowered females being heroes. It’s fun, even if it’s a DVD I’ll be hiding when I have company visit.