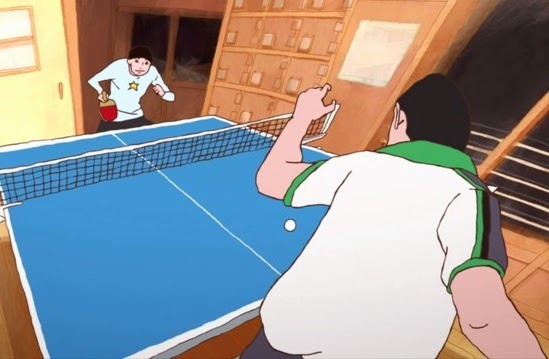 Masaaki Yuasa is one of those directors whose name I know and whose vision I respect, but whose work I have never actually checked out properly. This is the man behind Kaiba and The Tatami Galaxy – anime which veers far towards the “art” side of the spectrum. His eccentric art styles aren’t quite anime-esque, and yet they’re not too reminiscent of western animation either. It’s a truly unique, weird design scope which needs to be seen to be appreciated.

Ping Pong: The Animation seems like a pretty safe title, premise wise. It’s easy for sports anime that will inevitably get lost in the season line-up, as fans go for the crazier action titles. Ping Pong is not something to be overlooked however: it’s a truly interesting anime with a lot going for it.

The story follows Smile, a high school tournament player with a stoic personality. His nickname stems from his refusal to smile, or to show any emotion whatsoever, and he plays table tennis with the same methodical coldness. His friend, Peco, is carefree, flamboyant and manages to be a strong contender at the sport despite a terrible ethic towards practice. It’s fascinating how the personality of each character factors so deeply into their playing style, and the premise is one rife with potential for character development. 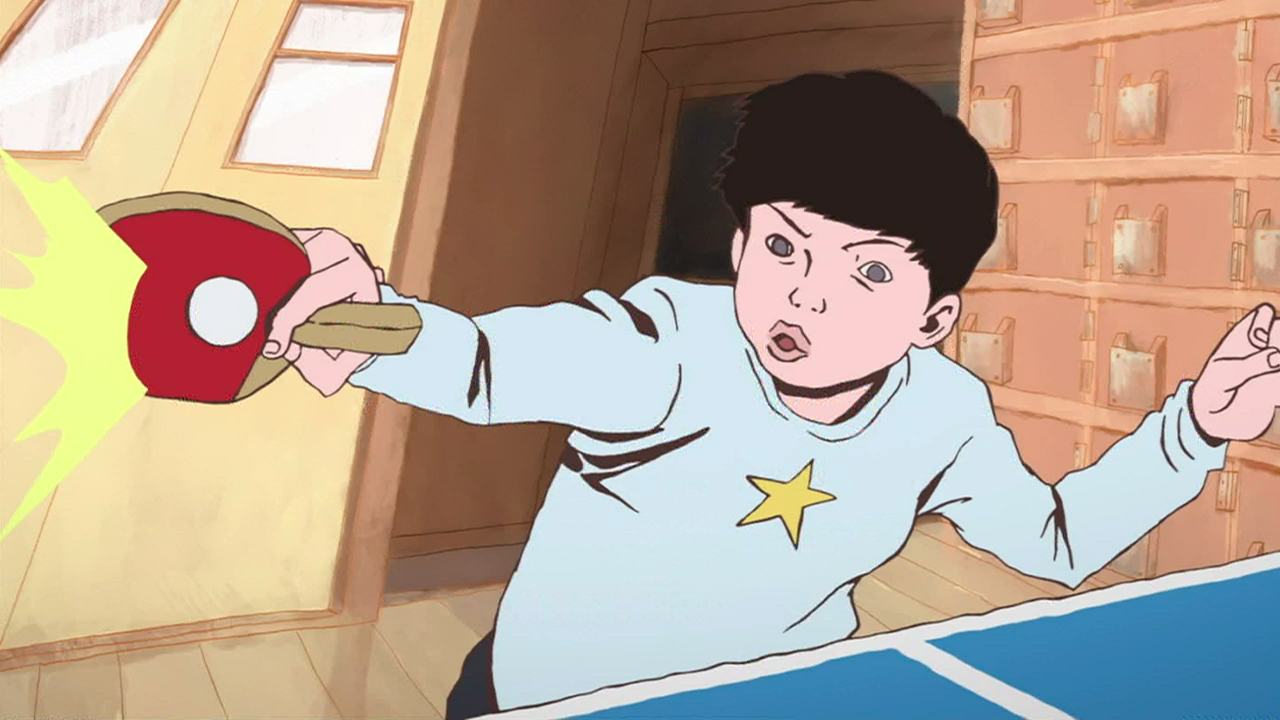 The focus on the sport itself is also strong, with an eye for detail sure to refute claims that table tennis is more a parlour game than a competitive sport. Nuanced techniques such as racquet grip, ball spin and table coverage are explained through animation, with highly stylised action sequences following the flight of the ball and every small movement of the characters. It’s refreshing to see a sports anime take the sport itself so seriously, and it’s a design choice which makes me appreciate the series all the more.

The art style is at times rough and at others grotesque. There won’t be any of the glossy, bishounen style character designs – the characters of Ping Pong teeter towards caricatures. The voicework is also devoid of the standard anime polish, with rough delivery which aims for a harsher, more realistic sound. Interestingly enough, the anime introduces Chinese speaking characters into the main cast. It was interesting to understand what was being said for once, but I couldn’t help but feel the delivery of the Chinese wasn’t as strong or emotive as the Japanese.

With electric guitars and screamed vocals, the OP is loud and grating, while the ending theme is catchy yet contemplative. It’s quite indicative of the show overall – the first impression hits hard with grotesque art styles and disorientating animation. Wade a little deeper into the story and you will find a subtle and nuanced narrative about talent, effort and the desire to truly master the sport of table tennis. Anime fans who aren’t scared off by the rough exterior will find something truly enjoyable out of Masaaki Yuusa’s latest offering.