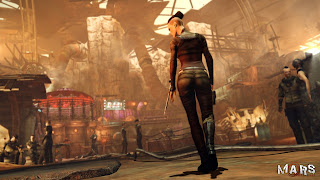 And that intelligence is the important bit.

War Logs comes loaded with a very operatic approach to storytelling. The majority of the characters are literal symbols, named after virtues (“Innocence, Temperance”), and their motivations, when set against the expectations players draw from their names, provides an intense kind of drama that effectively paints a world of real desperation. The existence of humanity when set against that brutality is a compelling, simple tale to tell, and though the budget didn’t stretch far enough to cover the cost of hiring the quality voice actors the material deserves, War Logs is nevertheless a thoughtful story that asks real questions of its players as they play. 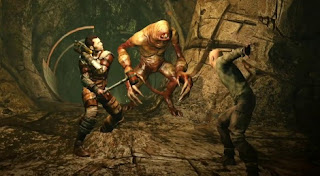 It’s worth noting that the developers, Spiders, has a track record of turning expectations on its head and turning to literature and other forms of art to provide the material that drives its games. Of Orcs and Men (jointly developed by Cyanide) was a interesting play on some of the ideas in the classic novel Of Mice and Men applied to a video game, while also throwing in some themes around racism by presenting orcs as something more than what Tolkien’s black and white morality initially positioned them. I’ve read many critics assume that War Logs wanted to be Mass Effect, but I believe that the developer looked far beyond mere games for inspiration, and found something quite unique in doing so.

It’s also a game that pulls no punches, as is appropriate for the setting. Moral decisions are hard to make to the point where it is far, far easier to act “bad” then survive being virtuous. The idea that survival and morality are in many ways mutually exclusive ideals for humanity is one worth deconstructing; and rather than focus on the superficial if War Logs was a novel or film the critics would indeed be deconstructing it in their reviews. There’s a couple of moments in the game that are genuinely unpleasant and the game throws in themes like prison rape with a level of nonchalance that will upset some, I would imagine, but it’s undeniably effective in painting a picture of real brutality; necessary for the game’s broader themes to be effective. 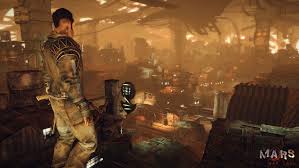 The gameplay itself is also rewarded for this original setup, and really plays to the idea of a blasted land where people can barely scratch out a living. Though there’s the usual escalation of loot and power as with most RPGs, Spiders is careful to build this “treasure” out of household goods. Iron pipes are weapons and the economy assumes that people don’t have much money for stuff; there’s never the sense when playing War Logs that even the most successful campaign will allow the hero to retire in luxury. Combat is suitably visceral and dirty, with a focus on melee and tricks like dust in the eyes to stun the opponent.

War Logs also has no pretence that it’s an epic experience, either. It’s about a dozen hours long and that’s long enough; it makes its point then allows players to either investigate the morality of the game further through subsequent play throughs or go and play something else. I like that digital distribution is opening the door for shorter, sharper RPGs and allowing developers to realise artistic vision without necessarily feeling the need to pad things out to a 40+ hour length.

It’s unfortunate that the fact the game is so unattractive and that the plot is as obtuse as what is found in most forms of high art, like opera and ballet. It’s unfortunate because it meant in the first round of reviews the rich story and themes flew over the heads of most critics, who then decided to focus on the least important and most superficial side of the game. So of course it comes off second best, even when the game is actually far stronger than that. With that said, there’s a intensity and nastiness to the game that makes it far less palatable for people weaned on the generic blockbusters of Square Enix and Bioware, so it’s also a game that can only really be recommended to people that like to be challenged (on an intellectual level rather than a skill level).

Prepare to lose your Soul – again