The perimeter is secure. The gate is locked and bolted. All residents are on high alert. At some point, I’m expecting a courier to collect my borrowed Stellé Audio Pillar and return it to the manufacturer. I’m not going to make it easy for them. They can take my life, and they can even take my freedom, but they’re not getting this speaker back without a fight.

This heightened level of security is due to one undeniable fact: the Stellé Audio Pillar is extraordinary. On paper, it’s an all-in-one device for use with Bluetooth-enabled music players. Signal goes in, music comes out. That’s not so unusual. There are hundreds of products that do exactly the same thing. But, quite simply, the Pillar is one of the best compact speaker units that I’ve ever heard.

And it looks nice. Stellé Audio – or to be more accurate, Stellé Audio Couture – have aimed the Pillar squarely at the premium end of the market. As a result, this is the kind of device that you’d expect to see in swanky hotels, penthouse apartments or the glossier pages of Vogue. Although it’s marketed as a portable unit, it weighs in at a chunky 1.4kg and is around 30cm high, so it’s substantial enough for everyday home use. It’s also pleasant to operate, with easy controls and a range of fashionable, décor-friendly designs. Luckily for me, though, it also comes in traditional, geek-friendly, charcoal black.

It also has a few features which go beyond the basic template. The box contains a universal 100-240V AC power adapter so that you can charge the Pillar anywhere in the world, while the chassis features a 5V USB socket (for charging your phone or tablet) and a 3.5mm input jack for non-Bluetooth music sources. It also appears that an Australian lady lives inside the unit itself, because you’re greeted with a cheery antipodean voice whenever the power is switched off or on. Bluetooth pairing is swift and simple, and the stated battery life of 15 hours and wireless range of 50 feet seem about right. There’s also the option to use the Pillar for hands-free conference calls if you’re so inclined. 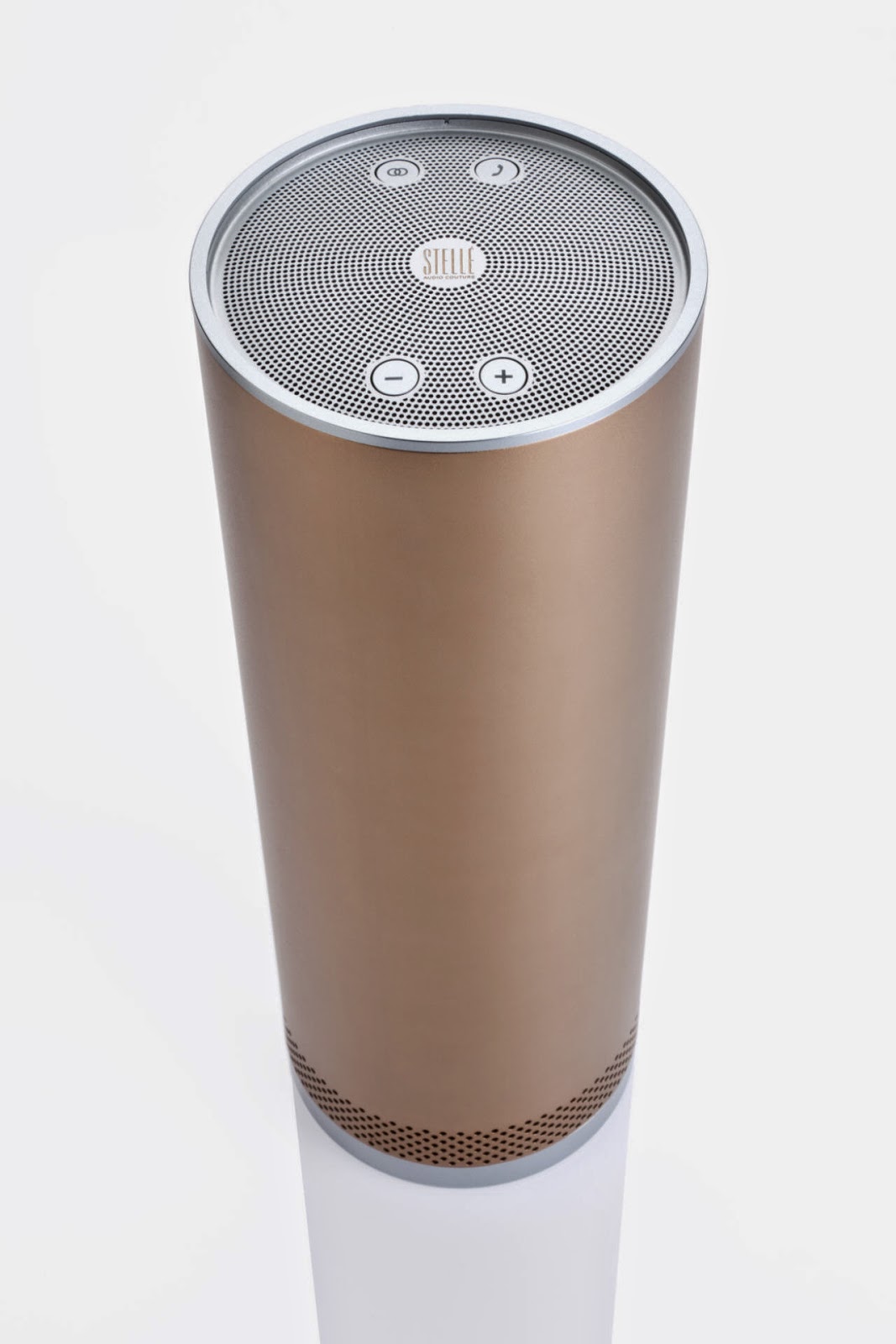 Looks and features count for nothing unless a speaker sounds good. Here, the noise is provided courtesy of two 1.5-inch stereo drivers and a 3-inch subwoofer, and the effect is superb. As with most compact speakers, it’s the pronounced middle frequencies which add detail to the soundscape; however, unlike most compact speakers, the Pillar manages to provide warmth, clarity and power without sounding tinny. This is supported by a bass unit which produces a pressure wave that can be felt from the other side of the room. Together, these drivers form a vibrant, richly detailed aural landscape that begs for attention. It’s this kind of performance that’s turned me into a music bore over the last few days. Passing visitors have been subjected to everything from 17th century choral works to Swedish death metal. Without exception, it all sounds splendid.

Despite the wondrousness on offer, it’s possible to list a number of semi-quibbles which have cost the Pillar half-a-star on the overall score. Most of these are mere nit-picking: the conference-call feature is no better than a standard iPhone, for example, and the excellent sound quality means that dated or poor-quality recordings are mercilessly exposed for the sonic inadequacies that they are. However, two other points are more significant. Firstly, this is a system that needs to be played at moderate levels or higher: at very low volumes, the bass predominates and the soundscape becomes unbalanced. If you want a system that produces gentle background noise then you may want to look elsewhere. Finally, this is still a compact unit, so can’t be expected to produce the kind of all-encompassing stereo landscape that you’d get from more widely spaced speakers.

At UK£299 (or a much more reasonable US$349), the Stellé Audio Pillar isn’t cheap. However, it’s top-quality kit, and it’s got me anxiously checking my bank balance to see if I can afford one. Still, it might not come to that. The courier appears to have breached my defences and is knocking on the door. Nobody say a word. Maybe if he thinks I’m out then he might go away.