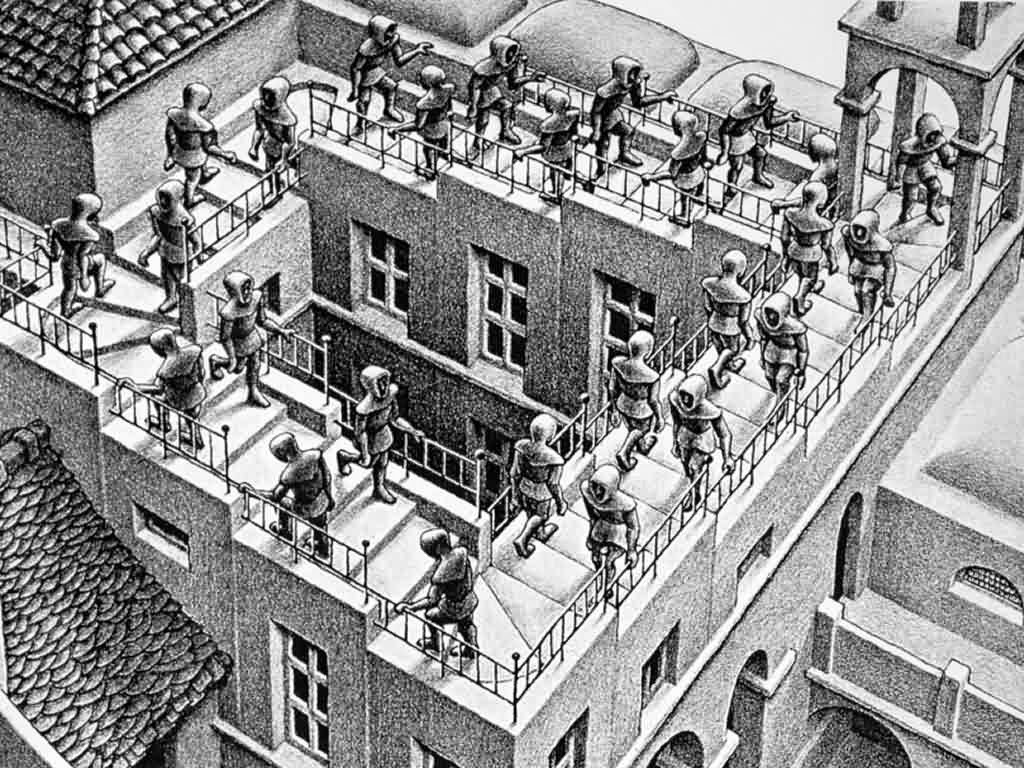 List by Matt S.
Everyone likes a top-10 list. They’re a bit of fun, and always good for discussion. And so every so often we pull together a “top 10” list. These are here for fun and laughs – we’re not pretending that we’re the authority of good games taste in the world and this is purely the author’s preferences. Agree with him/ her or not, it’s all good.
We’d love to hear your own personal preferences in the comments below the list. But please do be civil. We’re all friends here!

“Arthouse game” does not necessarily mean “pretty” (though they often are). Arthouse games are games that bring with them a greater cultural meaning, or have a theme or message to tell their players that goes beyond games.

In other words, these are the kinds of games that you could conceivably see university students analysing for meaning in 50 or 100 years. These are the kinds of games that you would expect to see in an art gallery if it was to put on an “interactive art” exhibition. In the film industry there are film festivals dedicated to art films… if there was a gaming convention exclsively for arthouse games (and we really do wish there was one), then these games would be the ones you see at it.

Because we care a great deal about “art” games, we thought we’d do a little list of ten games that we feel mean more to the world than being simple games that were released during what is now the previous console generation (PlayStation 3/ Xbox 360/ Nintendo Wii). There are so many PC-exclusive games that we could have included as well, but for the sake of sheer convenience we’ve decided to limit this list to games that are available on console in some form. Are there any others that you feel belong in this list? Let us know in the comments below!

Journey – For many, Journey is the very symbol of art games in the past generation, if not of all time. This is a game that inspires emotion through its beautiful aesthetics and haunting soundtrack, but that’s not why Journey is truly a work of art. At its core this game is one that explores the idea of communication. When players are limited to nothing more than a wordless shout to communicate with one another, how can they possibly interact? This is the question that Journey asks, and the fact that so many players have reported powerful near-silent interactions with other players is where this game’s true value as a work of art lies. 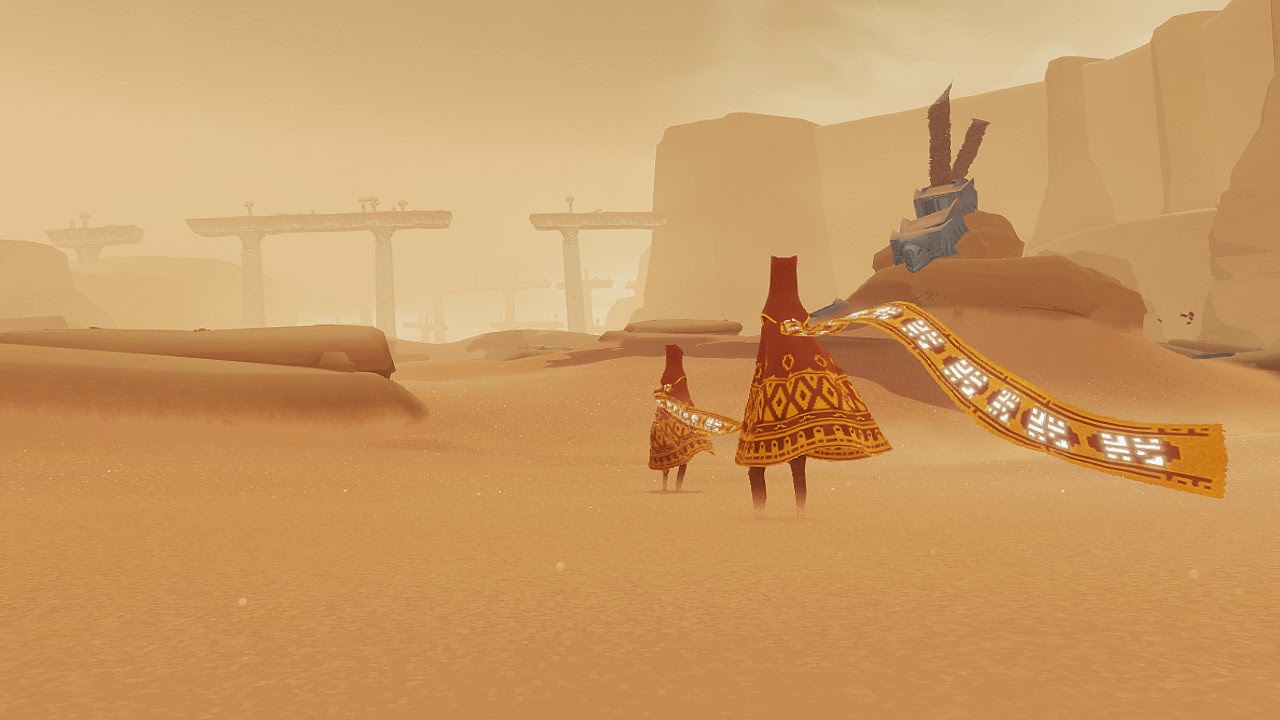 Rain – Before Child of Light, Rain held the distinction of being one of the very few commercial games to take the concept of poetry, and turn it into an interactive experience. Not so much a game, in that players don’t really do much outside of solve a few puzzles, what makes Rain so successful as a game is the way it creates a rhythym to its story telling, and then pulls players through a highly emotional journey that ebbs and flows like a good poem should. The melancholic theme of the game makes it sit perfectly with the likes of Edgar Allan Poe and T.S Eliot. 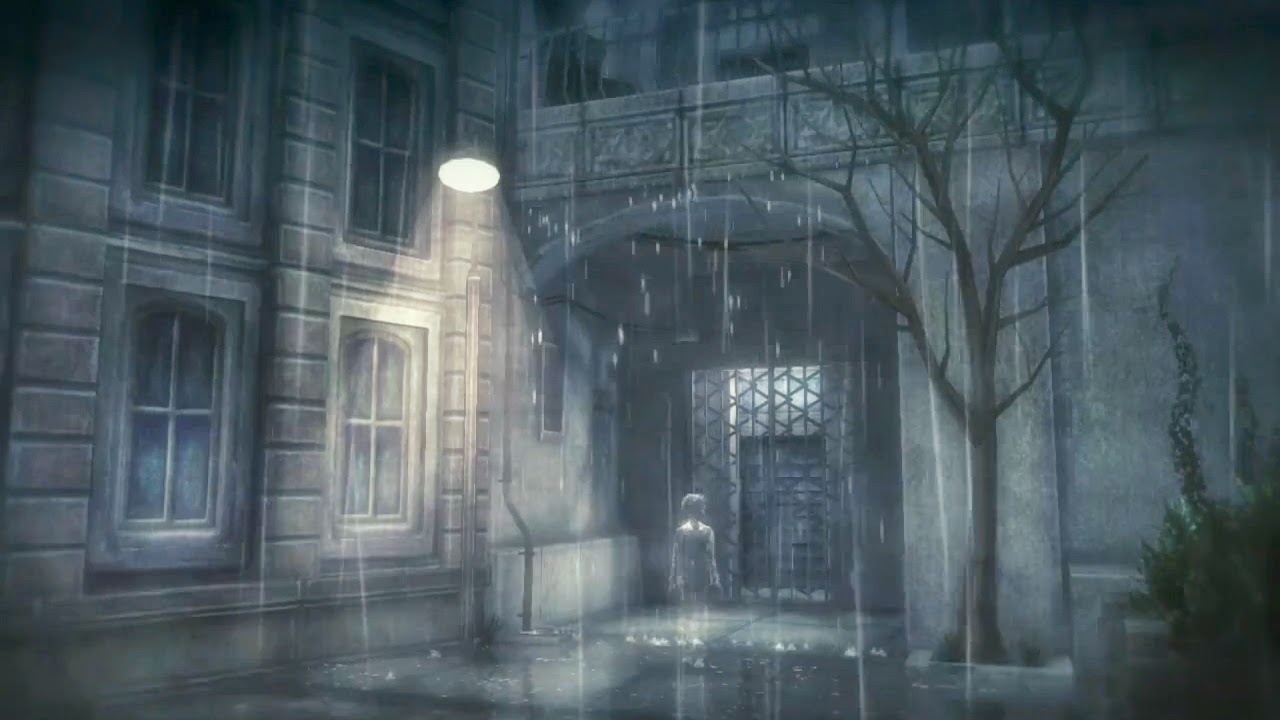 Contrast – Contrast is a game of perceptions. Players take on the role of a character that isn’t really part of the world. She moves through the game spaces and solves puzzles even as the actual events of the world unfurl around her. She’s a silent protagonist that is able to guide events, but never participate in them. In other words, she’s the personificaion for the actual role a player has in most games, and Contrast seeks to break down the idea of a player’s role in the games that they’re playing. 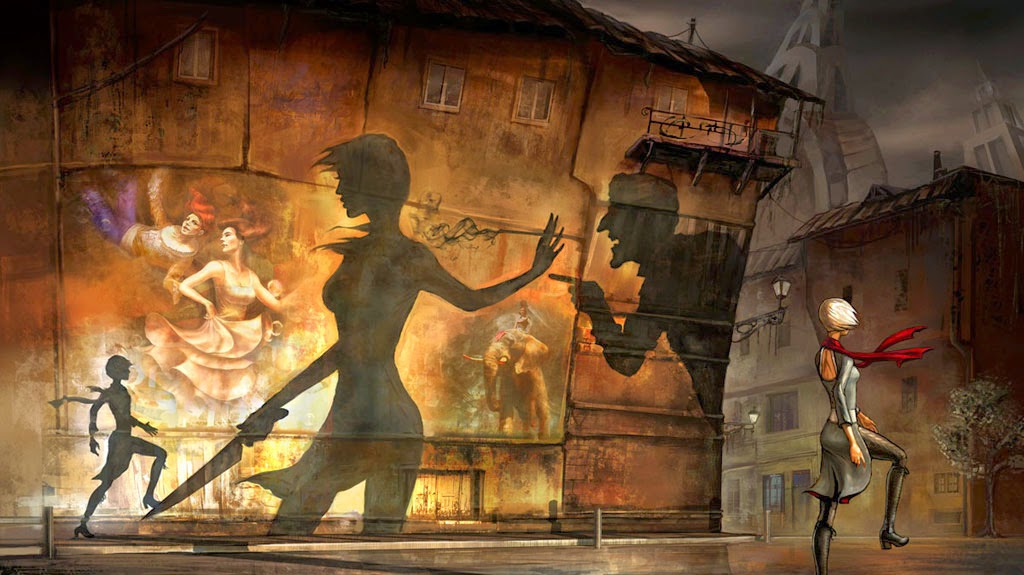 Puppeteer – Puppeteer is a clever play on the idea that the player is the audience, by actually building an audience around the game. It’s not just that the protagonist and enemies are designed like puppets; in Puppeteer the action takes place on a virtual scrolling stage. It’s a love letter to theatre and theatrics, and it’s proof that games can belong within the context of the broader art movement. 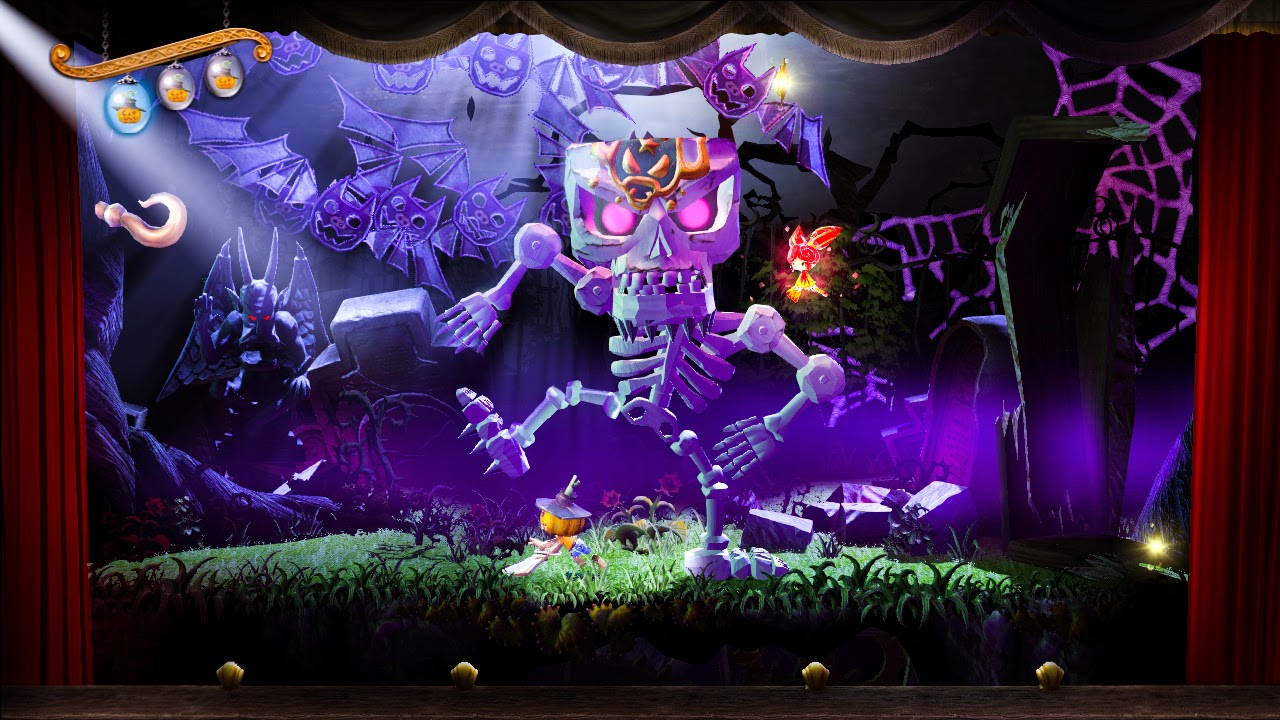 Child of Light – The most recently released game on our little list, Child of Light is a very special game indeed that would hold up as a work of art in any medium, in any context. It’s obviously beautiful, but there’s more to it than that. As with Rain (above), there’s a poetic beat to the game that is truly compelling, and a deep, complex narrative laden with meaning and clever wordplay. We need more games like this from major studios. 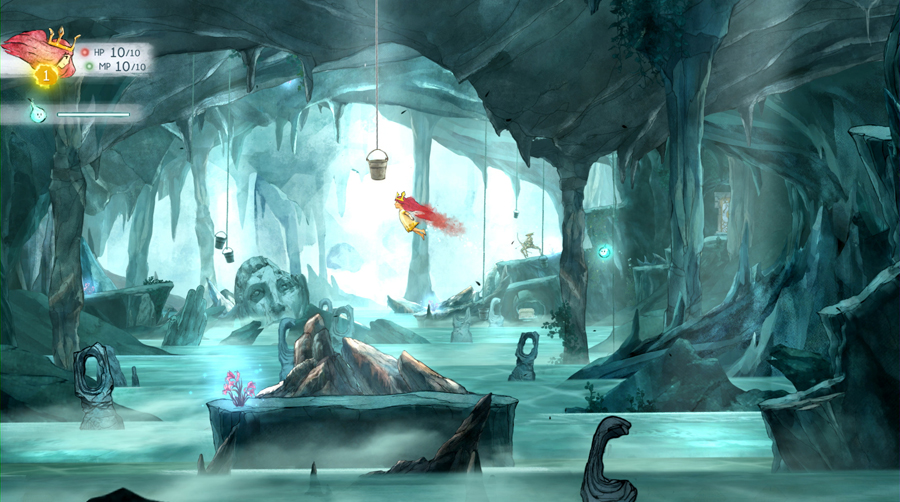 Danganronpa – Game theory is an economic concept that also perfectly explains human behaviour. Danganronpa uses game theory to create a horror story that is really quite philosophical and complex. As a game, Danganronpa is limited (it’s actually a visual novel, so the majority of the experience involves reading through text, but what interactivity is there is more than enough to have us truly engaged. 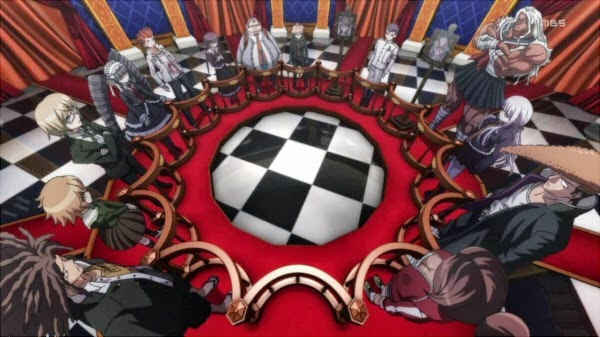 Nier – Nier is how game narratives should work for more major releases. Combined with a soulful and powerful soundtrack, Nier manages to make players become invested in the story of the characters, while at the same time demanding they replay the game multiple times in order to fully understand the complex web it weaves. Nier’s story is actually much darker than it initially appears (and it appears to be dark indeed from the outset), but it’s also a deeply human story. 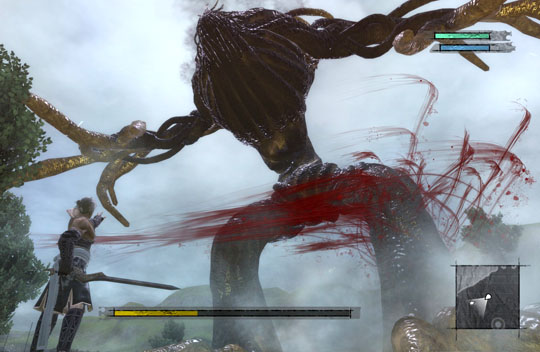 Limbo – Limbo is a nihilistic masterpiece. Within its difficult, but simple, puzzle-platformer gameplay, Limbo is designed from the start to make you, the player, feel as insignificant as possible. The character that you’re in control of is hopelessly overpowered by the dangers that surround him, and he’s not even worthy of being given a name. His journey is very much the same as the players – it’s an attempt to make sense of that around him, and find meaning in his place in the world. 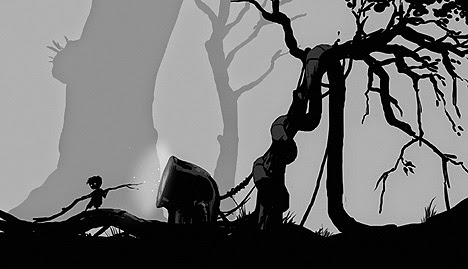 Proteus – In many games music plays a role in setting the scene for the action, but very rarely does he player actually interact with the music. In Proteus, this is exactly what happens; the game’s soundtrack is created as players approach or interact with objects in the world. Because the environments are open and procedurally generated, each person’s experience is fundamentally different from one other, and the music that they hear also changes with each play. As a toybox, few games are able to delight the player’s senses quite like this one. 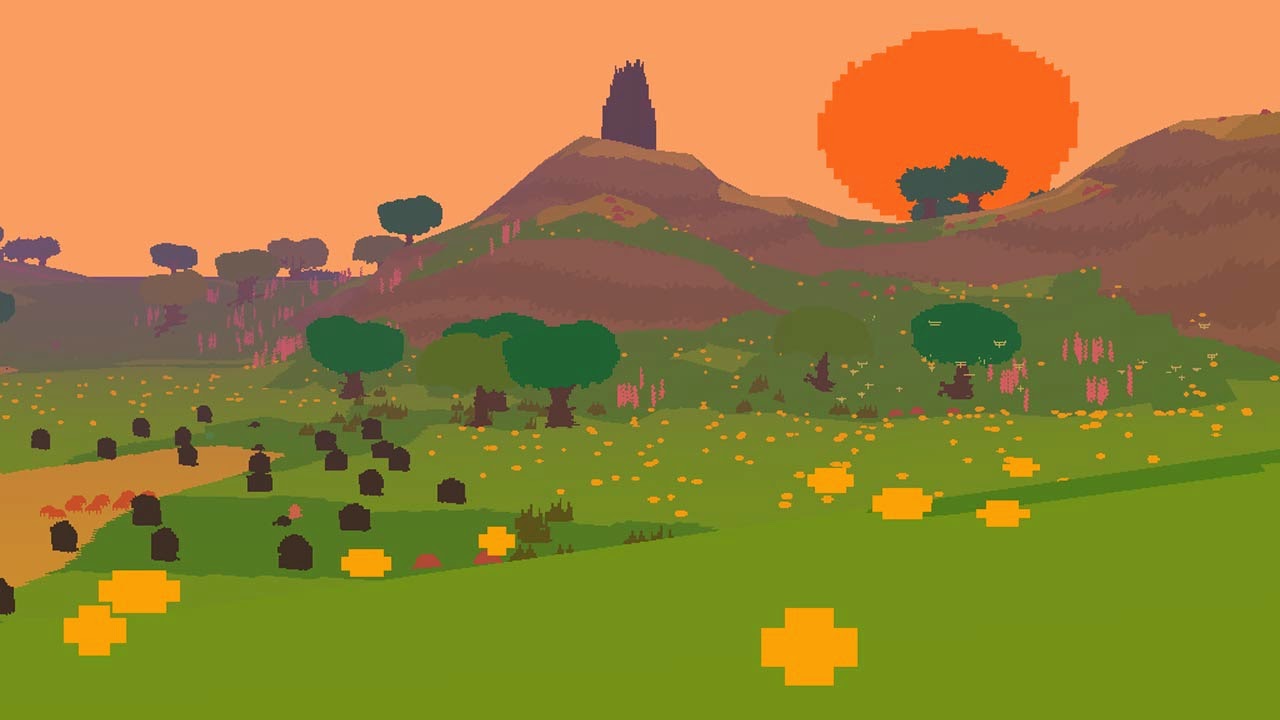 Braid – Braid is something of a deconstruction of traditional games. Its core mechanic, the ability to rewind time as they play, removes a lot of the consequences from a player’s actions, meaning that they can be more experimental and take more risks. This in turn creates different ways to play, and so Braid is a near-unique experience. It’s also based on a deconstruction of traditional plaformer narrative tropes; players are initially told they’re on a quest to save a princess, but by the end that basic idea is very much questioned. 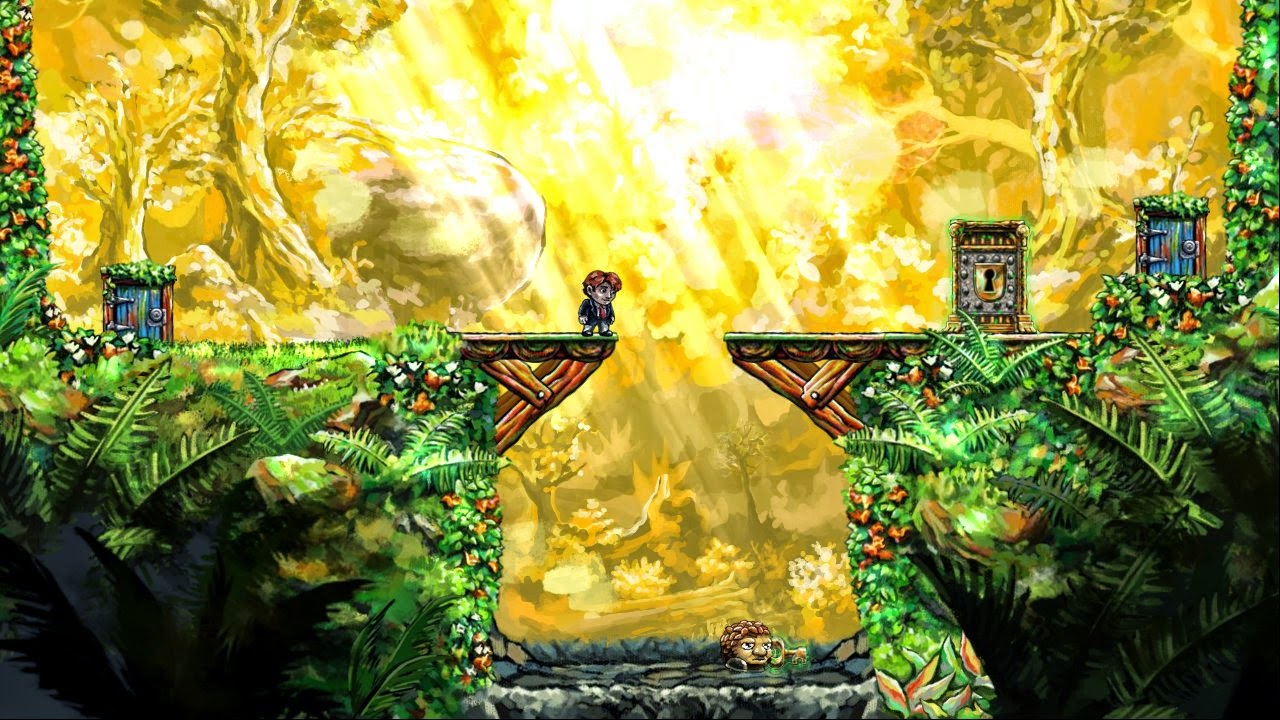 Warriors to invade PCs for the first time in the west