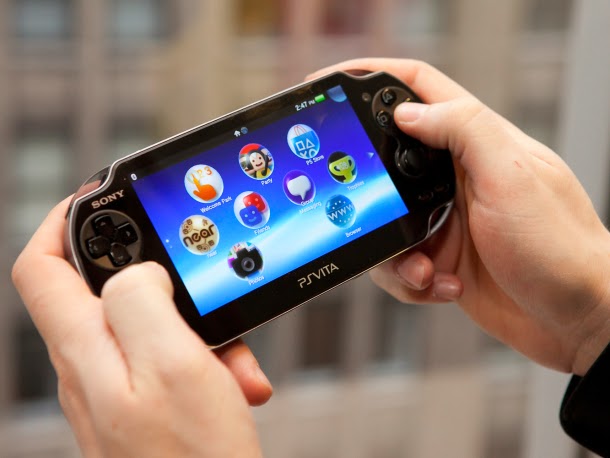 It’s no secret that the PlayStation Vita is, in commercial terms, a struggling console. In March, for instance, it only sold 10,000 units in America, according to NPD data.

Though there are some extenuating factors that come into that woeful number, such as a new Vita model due for release soon, it’s still a very low number, and represents a product that has simply never resonated with the broad market.

The numbers are much healthier for the console in its native Japan, where the console is regularly the highest selling piece of hardware, but that needs to come with the disclaimer that combining all the different Nintendo 3DS models together puts Nintendo’s handheld well on top, and even then, those two consoles are topping a market where hardware sales across the board are right down.

So commercially things aren’t looking great for Sony’s handheld powerhouse, and that’s a pity because the PlayStation 4’s incredible start means that Sony will dedicate more and more resources to that platform at the expense of the Vita. Sony tried to bring hit franchises to the device, with perfectly competent Uncharted and Killzone games, and it tried to develop new IP as well, such as Gravity Rush and Tearaway. None of it really worked in getting the device going, and so I suspect that it’s going to be the third parties that provide the bulk of the quality game experiences on the Vita in the future.

Because Sony itself isn’t going to lend massive support to the Vita when it has a PlayStation 4 to rake in cash, the perception in the community is that the Vita lacks games. You see it everywhere; go into a discussion and mention the Vita and you’ll get responses that point out that the “biggest” games that are coming to the console are ports of PlayStation 3 games such as the Sly Trilogy and the upcoming God of War trilogy. This is unfortunate because it fails to recognise the superb work that independent developers and smaller publishers are doing with the console.

I’ve just recently completed Demon Gaze, for instance, and its western publisher, NISA, has been very active on the Vita indeed (other games include Disgaea 3 right through to the brilliant Danganronpa). Tecmo Koei are big supporters of the console, with everything from Deception IV through to ports of some of the best niche JRPGs this generation. SEGA has produced Monkey Ball, Hatsune Miku, and Football Management games, and these have all been great.

And then there’s the indies. Everything from the hugely experimental (Proteus), through to the clean good fun at a budget price (Dokuro), there’s a lot of creativity and artistry available on the Vita, and it’s because of this that I’ve never really put the console down. I understand why it might have a perception problem because there’s little on there that screams “AAA-exclusive” like the 3DS has with Nintendo’s own games on it, but the idea that the Vita lacks games worth playing is patently untrue.

It’s one of the industry’s most unfortunate secrets that the Vita is a treasure trove of quality game experiences, for anyone who doesn’t care solely about blockbusters. In terms of both range and depth, the downloadable library on the console is exceptional, and I’ve often wondered just why Sony has had such a perception problem with the device.

I think the lack of shelf visibility is a major factor. Unfortunately most of the great Vita games are not available at retail; they’re small downloadable experiences, and so when a casual browser enters a game store, they see the massive range of great 3DS games, and the Vita looks pitiful in comparison. Buying the 3DS is itself a very good purchase for anyone looking to play great games, and so there’s also very little buyers remorse involved that would see the casual shopper return the 3DS in order to pick up a Vita instead.

The only way to really understand the quality of games available on the Vita is to either own a Vita and head into the download portal, or alternatively do some research in the first place. This leaves the console in the unfortunate position of having poor market visibility, and as such I do think it’s going to wind up being, at best, another PSP – a console that only really found a home in Japan, but at least there its audience was sustainably large enough that local developers and publishers saw value in creating some of the finest games of the generation for it.

Please help us get better; fill out our reader’s survey!