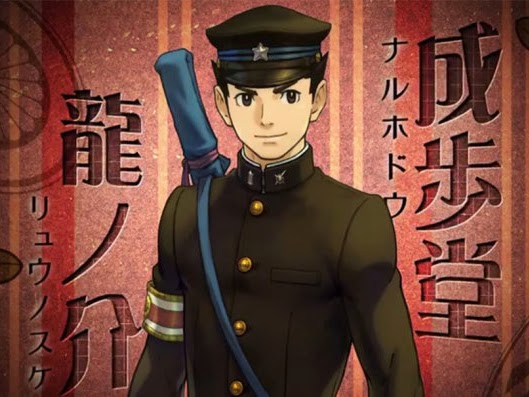 Capcom has recently announced that a new Ace Attorney game is under development for the Nintendo 3DS, though it isn’t a direct prequel or sequel to any of the other games in the series.

According to Tiny Cartridge, the new game will take place at the end of Japan’s Meiji era (which spanned from September 1868 to July 1912) and will feature an ancestor of series’ star Phoenix Wright. His name? Naruhodou Ryuunosuke.

The game (which is titled Dai Gyakuten Saiban: Naruhodou Ryuunosuke no Bouken, which roughly translates as Grand Turnabout Trial: The Adventures of Naruhodou Ryuunosuke) will be headed up by series creator Shu Takumi, whose most recent project was the Professor Layton/Ace Attorney crossover.

Details of the project are still scarce, though Capcom has also released a debut trailer for the game, which also gives us the first glimpse of Naruhodou’s assistant, Mikotoba Susato. As of now, there’s no word as to whether this entry will see a release outside of Japan, but we remain hopeful, considering both 3DS games so far have seen a Western release in some form or another.
– Shaan J.
News Editor
Follow me on Twitter – @KneehighPark
Share this

The PlayStation Vita; destined to be the most underrated console ever?