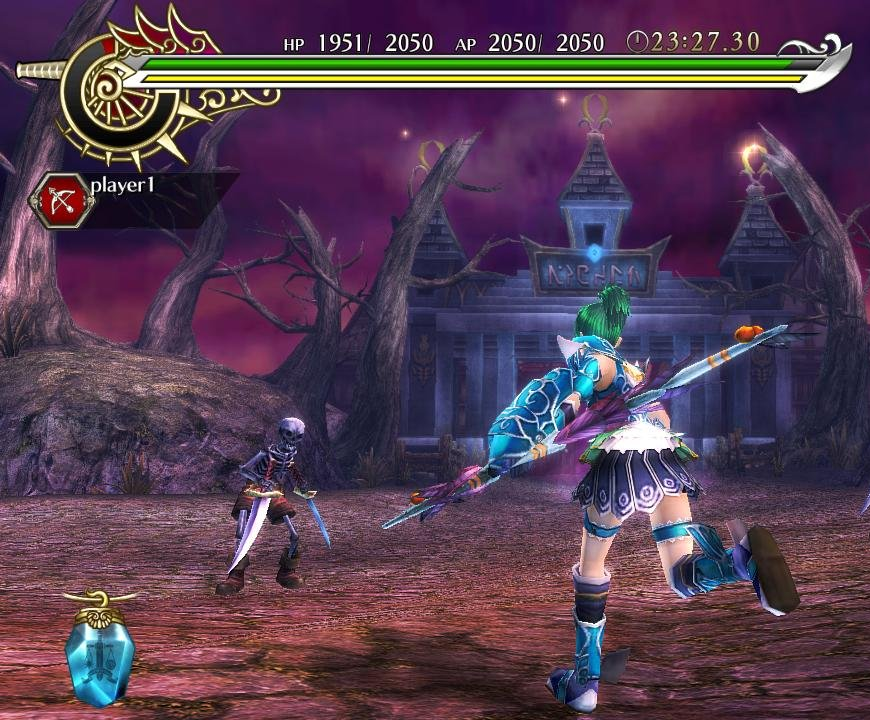 Monster Hunter has been so successful across the world that is has become a formula all of its own, and something that a lot of games have tried to emulate, with varying degrees of success. I did not get the chance to play the original Ragnarok Odyssey came out for the PlayStation Vita. Our own reviewers had different opinions on it, as  Matt felt the title was clearly a reflection of Monster Hunter while Chris thought it stood on its own two (sometimes four?) legs. However, both agreed it was an excellent game that Vita owners should acquire.

Based on my time with the half-sequel, half expansion pack, on the PlayStation 3, I can see both sides of their arguments. What I think is absolutely different to Monster Hunter is the visual style, which has a bright and colourful anime feel to it that helps Ragnarok Odyssey Ace stand out from its peers. The level of detail is excellent, everything moves crisply and I love the sparse loading times. Some of the backdrops are absolutely gorgeous and I spent quite a bit of time simply looking around and taking it in.

While not a true sequel to the original Ragnorok Odyssey, there are a few of the new features in this updated version that are especially noteworthy. One is a new soundtrack by Nobuo Uematsu, and then there are additional dungeons and skills, as well as all of the original game’s DLC and a tweaked user interface to do away with the touch commands that were a part of the Vita game. 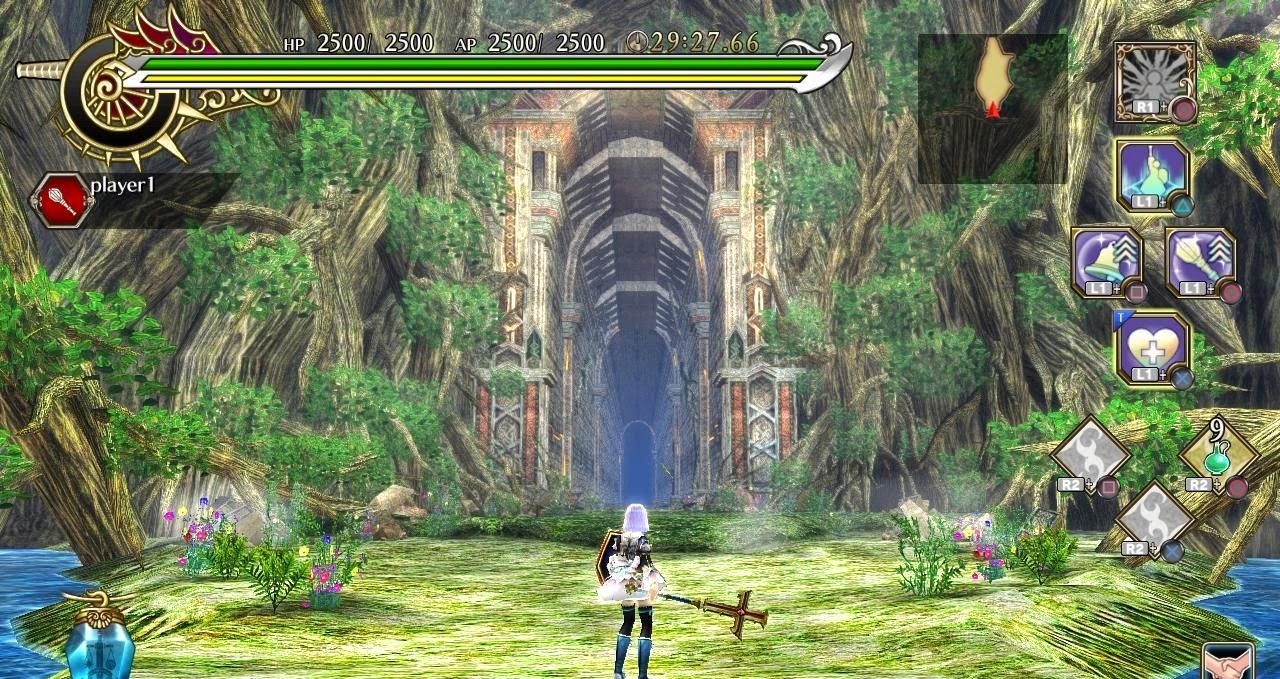 However, technical merits aside, there is a lot more to like about Ragnarok Odyssey Ace than initially meets the eye. There is a genuine sense of progression as you earn loot from missions and quests to improve your weapons, find new power-up cards and are then able to tackle harder and harder quests. The overall structure will sound familiar to anyone who has played the original title or any other “Monster Hunter clone”. You’ll be heading out on quests that are usually limited to fifteen or thirty minutes in length (though they are usually completed in about half that time). Sometimes you are gathering items and in other instances you are set off to slay a particular monster or group of monsters.

Early on it all comes across easy, and the accessibility of Ragnarok Odyssey Ace is one of its best features. There are a lot of different mechanics in play, but the lively, colourful characters you are introduced to at the beginning of the game break it all down in digestible chunks before you are sent on your first genuinely challenging quest. I appreciated how quickly I was set to work, able to simply play and learn through the actual combat.

Combat feels faster and more fluid than most other similar games. If I am reminded of anything, it is the recently released Toukiden for the Vita. There’s a standard range of weapons to choose between and master, and I personally liked using swords myself and found the ability to pop enemies up into the air, slashing them a few times before crashing down on them and everyone below me with a mighty spinning swing to be incredibly rewarding. Little touches, like knocking back an enemy into a nearby wall would deal them damage. Dashing on the ground or in the air adds a fun defensive (and if you time it right, offensive) element to the mix. Well designed use of the triggers to map hotkeys for special skills and potions keeps you in the game and out of potentially tedious menus as well. 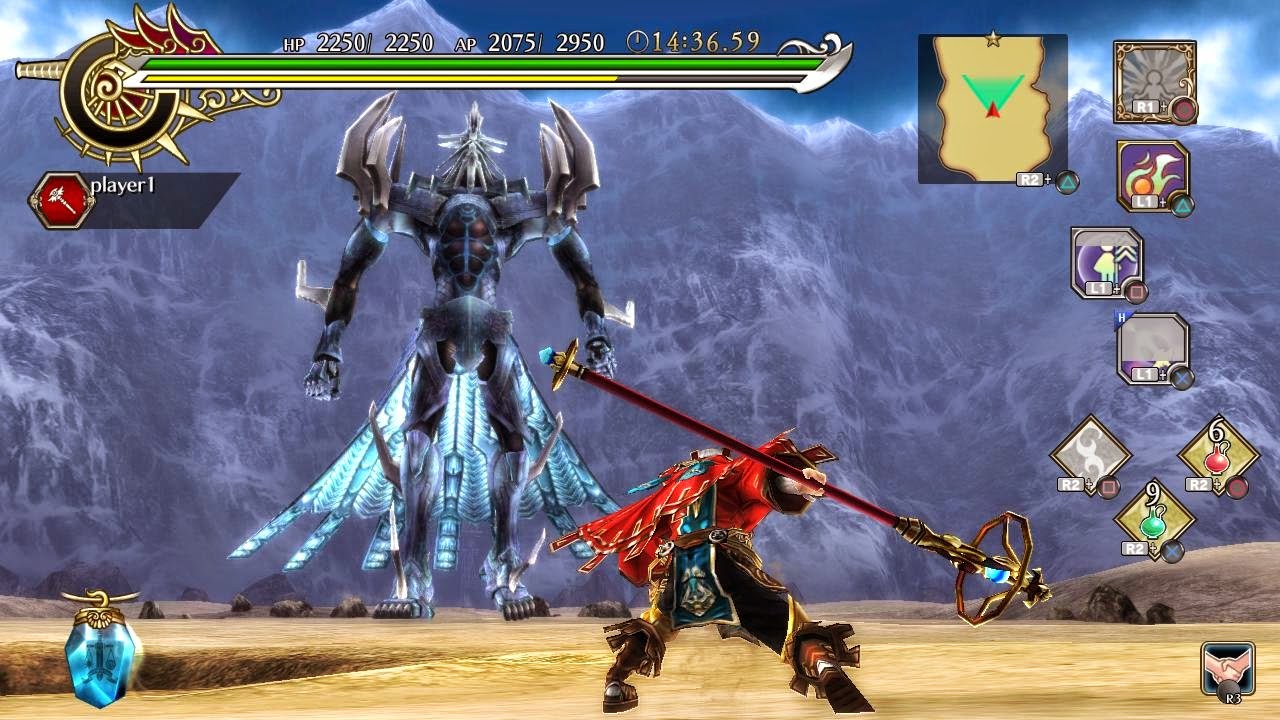 The storyline was somewhat thin at times, but it never got in the way of the actual hunting and gathering. Small tweaks allow you to customise your character’s appearance, which is nice when you are interacting with other players online – it always feels good to be a little distinctive.

The key to Ragnarok Odyssey Ace’s success however, is as I mentioned briefly before; it’s just how well the progression is handled. You start off feeling fast and deadly, and to the small slimes or wasps you encounter, you are. The first time you run into a large and powerful creature however, it readily becomes apparent that you have a lot to learn. This can include not only how you are equipped, but how to approach the combat as well. With so many different weapons and combinations at your disposal, there are quite a few ways to approach almost any boss encounter. But it never feels unfair, and that’s a key difference compared to some other examples of the genre out there.

These battles are difficult, but often impressive. Monsters will fill the majority of your screen, causing the DualShock controller to vibrate in your hands as you draw near their intimidating forms. You will lose some of these battles, but it is not the end of the world. You will improve your gear, come back and try with different tactics. When the monster falls it is an incredibly satisfying feeling, as it is with all Monster Hunter clones. 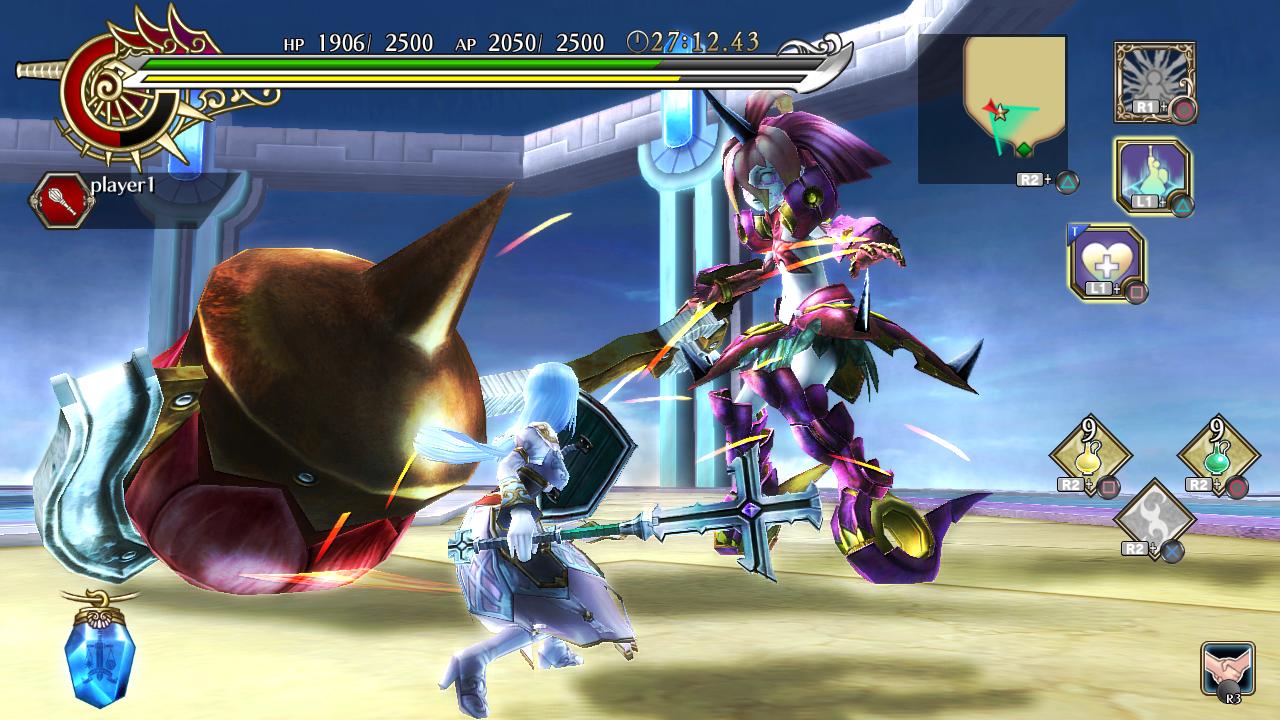 This is a very different theme from so many RPGs and JRPGs out there. Balance and proper progression are key. Titles like Skyrim are a lot of fun, but you become such an overwhelming force of nature that often times the game feels broken well before you have reached the end. Once-impressive encounters with dragons felt humdrum by the halfway mark. Here though I kept a healthy respect for my enemies as I progressed. Certainly the tightly structured mission helps to keep you on a sort of set path, which is very different from a wide open world. Still, every time I encountered a massive new beast, I had to go into that battle with the proper amount of respect. Said creature did not always kill me – in fact I won quite a few of those battles on my first try. It was just that you cannot afford to take these behemoths for granted, because if you do – there is a good chance you will be taught respect for them the hard way.

By most accounts Ragnarok Odyssey was already a good game. Having now experienced the tweaked and improved version on the PlayStation 3, I’ve got to say I agree.