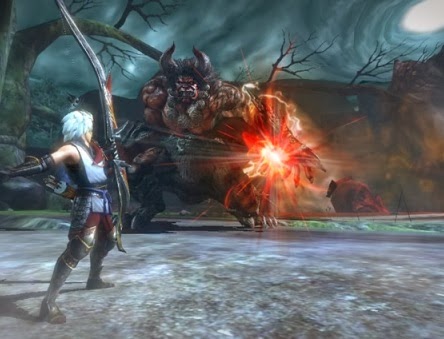 What does it mean that I prefer the “Monster Hunter clones” to the actual Monster Hunter games? I was thoroughly entertained by Soul Sacrifice, released on the PlayStation Vita not long ago, and I am absolutely compelled by Tecmo Koei’s Toukiden.

I know I’ve just committed blasphemy to paper by writing that I do think these “clones” have out-Monster Huntered Monster Hunter, but there are certain elements common to both Soul Sacrifice and Toukiden that elevate these games above and beyond what Monster Hunter offers.

On a basic level first, though; all of these games focus on a common central theme; the boss battle, where players duke it out with massive, powerful, and tough enemies in conflicts that can take as much as 50 minutes of solid, consistent fighting to complete.

All three games are so tightly wound around this theme, and yet Monster Hunter is lauded for being an innovator, while the “clones” are considered derivative. This arbitrary categorisation is unfair, I feel. Soul Sacrifice and Toukiden might be all about the monster battling, but where Monster Hunter feels largely empty outside of that combat, Soul Sacrifice and Toukiden feel like better realised fantasies. 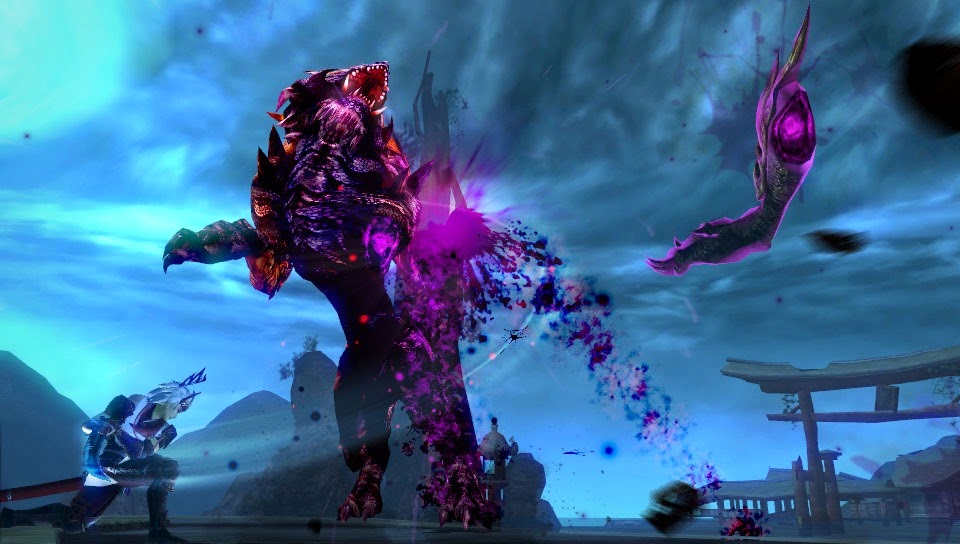 Soul Sacrifice was a work of Gothic majesty, where the moral narrative between good and evil played out within the main character and by extension the player. Toukiden, meanwhile, is rooted in Japanese mythology. The result is an elegant environment filled with the same elegant architecture that gave the world sacred Torii arches. When not busy fighting the game’s giant Oni monsters, the world of Toukiden is a serene one, with the beautiful, majestic, environments with a commentary around mankind’s impact on the natural world; the environments are marred by shattered ships and blasted landscapes. The game’s environments are not massive, but the attention to detail within them is meticulous.

As players move through the game they obtain spirits of Japanese heroes of old that will assist them in battle. These Mitama can be bonded with equipment to provide players with a range of boosts in combat; some are defensive, and will buff various defensive skills or provide shields while others are offensive and increase attack power. Still others provide stronger healing capabilities to your allies. For people who actually know the story of the likes of Abe no Seimei, the presence of these Mitama grounds Toukiden in a more natural fantasy than something like Monster Hunter, and creates an interesting historical context for the game to exist within. 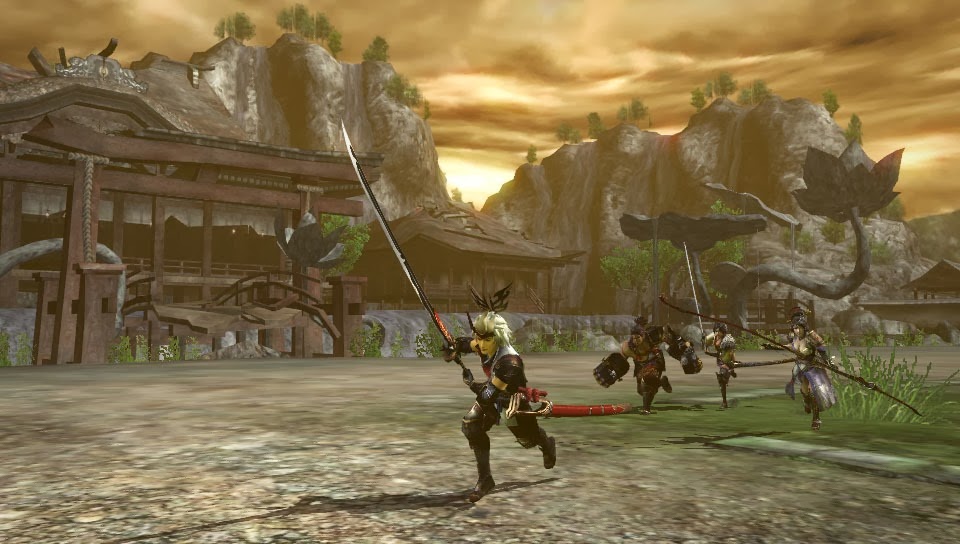 Toukiden comes to us from Omega Force, the same developers that are responsible for the Dynasty Warriors franchise, and one of the consistent things that I’ve always enjoyed about these games has been their commitment to authentic fantasy. In other words, while in Dynasty Warriors you might be playing a legendary general from the Three Kingdoms period of Chinese history and in the real history slaughtering hundreds of thousands of enemies in acrobatic feats that would have been beyond the capabilities of the greatest heroes, there is a pervading sensation while playing that the developers have a deep respect for the material; great care has gone into researching each personality represented in Dynasty Warriors and the battles follow the same approximate flow of what likely happened in the real histories.

That same respect and authenticity pervades Toukiden’s world. While Oni monsters aren’t real, there’s a deep care in the game for Japanese spirituality, which brings the experience to life. Players will acquire a Tenko, a white two-tailed fox who can be sent on missions to acquire treasures on behalf of the player. The fact that traditional Japanese spirituality has a deep connection to foxes means that Omega Force wants you to bond with your little Tenko, and it genuinely works; the Tenko is adorable. As with any Omega Force game this respect for cultural authenticity means that some conversations between characters seems a little odd for people less familiar with traditional Japanese philosophy, but regardless of whether you find it compelling or confusing, Toukiden does have a far stronger theme to its world than Monster Hunter. 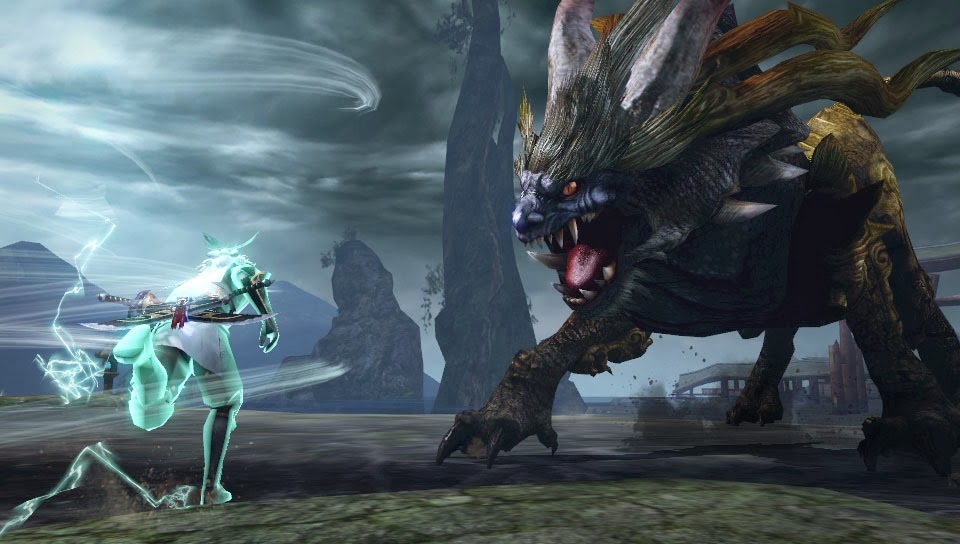 The combat system is also one I find more compelling than in Monster Hunter. There’s a lock-on button, for a start. I don’t really care how much the Monster Hunter purists claim that the game doesn’t need a lock-on, and if it was included the game would become too easy; Toukiden is a challenging game and it has a lock-on. Beyond that, the combat has a slightly more strategic edge. In Monster Hunter it’s possible to attack certain limbs of certain monsters (such as tails) to acquire some great loot, but in Toukiden destroying part of a monster’s body will render it temporarily incapacitated, and it’s only then that the real damage can be done to the creature.

Just like Monster Hunter, outside of combat there’s only a small village to explore, and that village can be used to upgrade equipment and the like, but the stronger sense of narrative and the more readily identifiable mythology makes Toukiden’s village the more interesting one. While I perhaps admired Soul Sacrifice’s unrelenting dark vision more, as it was the more visceral experience, Toukiden is the most beautiful and playable “Monster Hunter clone” to date.

Looking back at PlayStation Minis