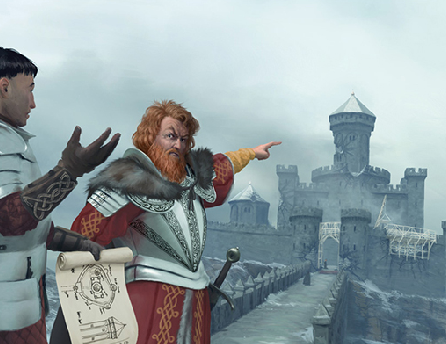 I was, of course, a big fan of Avadon 2 when it was released on PC a few months ago. I’m a big fan of all of Spiderweb Software games.

These are classic RPGs in every sense of the word. They look a couple of decades old, and although some people think this means they look “poor”, to me it’s a nostalgic rush to be playing new games that use this art style. They’re also really, really well written so that even if you’re not a massive fan of the art style, as long as you can appreciate a good RPG, you can enjoy this one.

I actually prefer these games on my iPad than on PC, however. There’s something greatly appealing about having rich, in depth and full length RPGs on such a convenient and portable platform. There are now four Spiderweb Software titles available on the platform, which means dozens of hours of RPGs that just don’t get more hardcore than these.

(Read our review of the PC version of the game here)

It helps if you’ve played the first Avadon game, but it’s not essential, as the narrative does a great job of explaining everything that you’re going to need to know to understand the game in full. It’s worth noting that because the budget behind this game is so thin, text is the main weapon of Spiderweb Software’s Jeff Vogel. Everything that happens in the game is explained in vivid text. There’s no CG cut scenes, no voice acting, and no detailed character models. Simple sprites and profile pictures are about all there is to set the scene. 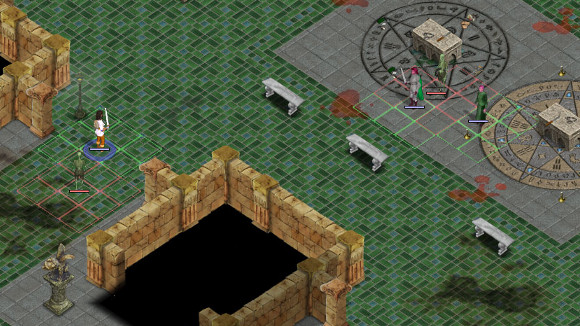 So, if you’re going to be able to get into Avadon, then you’re going to need to be prepared for a slow paced game and a lot of reading. It’s truly great text worth reading, but the pace won’t suit everyone. Get into it though, and it’s a truly epic story. The first couple of hours tasks players with figuring out why the outlying areas of a nation are being raided by hostiles. Naturally because this is a full-length RPG, there are all kinds of twists and turns after that, but what really sets Avadon apart is the skill with which the game is written. Dialogue is snappy and to the point, and while it’s not a fantasy classic that Vogel’s written, it’s easily on par with the other classic RPGs of the era; it’s a classic fantasy, basically.

What is especially impressive about the game though is its love for side distractions. There are all kinds of completely optional dungeons to explore and monsters to kill. You’ll want to do a fair few of these anyway because otherwise your own heroes are not going to be powerful enough to keep up with the enemies of the main question – especially on the higher difficulty levels. But the key here is that Avadon 2 encourages exploration and creates the illusion of freedom. This was commonplace back in the day, but in modern games even RPGs have adopted a love of linear paths to follow and restricted player movement.

Ultimately that’s why I love Vogel’s games, and why I’ve kept all of his games on my iPad, long after I’ve deleted lesser games; these games scratch a real itch for well-written and engaging, classic RPGs, and Avadon 2 is no different from those that came before it.