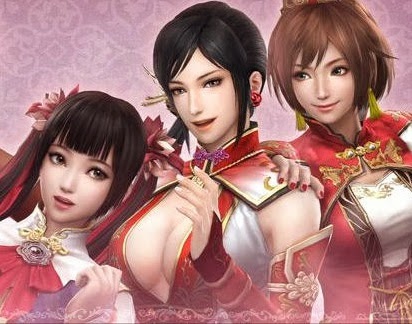 We are massive fans of Warriors games at Digitally Downloaded. Or, more accurately, I am. I don’t know about the rest of the team.

Anyway, I digress. When Nintendo announced that it was working with Tecmo Koei to produce a Warriors game set in the Legend of Zelda universe I was literally leaping in joy. It’s just the kind of Wii U exclusive that keeps me interested in the console.

So I got to thinking about other Warriors games across all console platforms. It’s undeniable that the PS3 got the lion’s share of Warriors games, so I’ve pulled together a brief video looking at my personal top 5 Warriors games. This is by no means an exhaustive list of great Warriors games to play (I was especially conflicted about leaving Dynasty Warriors 7 Empires off the list), but these I feel offer the greatest range of experiences that the Warriors formula allows.

(You can also check out our interview with the director of Dynasty Warriors 8, Atsushi Miyaychi, here)

What are yours? I’d be keen to hear from fellow Warriors fans in the comments!

Censorship; why it’s a bad thing for the industry