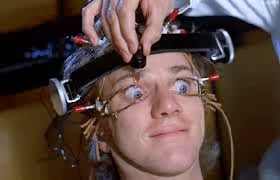 Yesterday I posted a brief reaction to the news that there had been some censorship in Bravely Default for its western release. The simple act of removing a bikini from the game, and then my reaction to it, spurred a very deep discussion indeed (and I must say one of the best debates we’ve ever had on the site; kudos everyone!).

I felt it was worth looking explaining my position and general anti-censorship stance in more detail, because this small example of censorship is representative of a much larger debate that the games industry needs to have right now; a look at how problematic the pressures between commercial necessity, artistic vision, and censorship itself are in this industry right now.

At the moment, it seems that there’s a certain commercial necessity to self-censor any game of reasonable prominence. Once a game reaches a certain profile, if there’s anything in it for certain interest groups to latch on to, a media controversy is almost inevitable. I can point to any number of examples of that in 2013, but two very easy examples are Dragon’s Crown, and Killer Is Dead. Both games were latched on to as a great evil within certain communities with plenty of outcry for censorship by both the media and gamers, and I suspect Square Enix wanted to avoid a similar controversy with Bravely Default. To an extent that makes sense (because it’s pointless making a game if a controversy is going to kill profits), but if there is that fear of controversy with the decision makers within the games industry, I am greatly concerned for its future.

To start to explain my position here, I’m going to link everyone to a rather spectacular book by Richard King called On Offence (grab it here). King’s position is easily summed up as follows: increasingly people are using “I find this offensive” as a way of shutting down conversation, or in other words if something is offensive to someone then it should no longer be discussed, because in being offensive to someone we are expected to accept that it’s a bad thing. But this is a problem because being offended, while unpleasant, is a challenge to thoughts and ideas, and by stifling conversation and ideas for fear of creating offense progress cannot be made.

This perspective applies itself perfectly to the games industry; as long as people are dismissing games purely because they are supposedly offensive, and as long as companies are censoring their work to avoid this kind of controversy, the games industry will be stuck in a place where we can’t have meaningful discussions around games and art. Furthermore the industry itself won’t progress; developers will be stuck working with the same “safe” themes over and over again, afraid to break out into new ideas and risk financial and critical failure.

That’s not to say that King’s attitude is “if you’re offended by something, shut up and accept it.” Rather, King challenges people to not leave their protest at “it’s offensive,” he would like to see people articulate why they’re offended, and engage in productive debate around this issue with other people.

That’s how society defines itself and forms its moral codes and advances over time; by challenging itself and its preconceived senses of what its and isn’t offensive. This idea goes back far further than King’s time. There’s a series of philosophers (including Foucault and Bataille) who wrote extensively about limits. The limit-experience, as these philosophers wrote about, was concerned with coming to a greater understanding about oneself by pushing their boundaries as far as can be pushed. By challenging yourself, you by extension develop a greater understanding of yourself. And so this idea can be extrapolated and applied to society as a whole; by pushing the boundaries and inciting the occasional controversy, society can understand where its code of acceptable behaviours exists. Often, that boundary pushing reaffirms what society considers to be bad taste. At other times, it results in progress and a liberalisation of social codes for the better.

There’s all kinds of examples of this in practice; in 1907 Annette Kellerman wasn’t arrested for wearing a bikini in public. The very definition of pushing a social limit is when you end up being arrested for it, but because it happened there was a social discourse opened up around that particular piece of swimwear, and when that discussion led to society as a whole realising it wasn’t a corruption on social values, a multi-billion dollar industry was born.

Art has always been at the forefront of this theme of transgression, and art has been regularly called upon to be the disruptive force that tests social limits. From the Marquis De Sade to A Clockwork Orange, American Psycho and other films, books and performance art, one of the very core roles for art has been to push boundaries and challenge those that experience it.

And this is why it it so very important that we don’t condone the censorship of games, whether through legal regulation or self-regulation. As an emerging art form, games are becoming increasingly important; not just as a form of entertainment, but as a reflection on culture and creativity. Game creators need to be able to explore ideas and challenge players as inspiration hits them. If someone is offended by a game, then they don’t need to expose themselves to it, but as King suggests – and this is an opinion I agree with – being offended is not, in itself, a reason to argue that a game should be censored, and the potential to offend someone is not a good enough reason for a game developer to censor its own product.