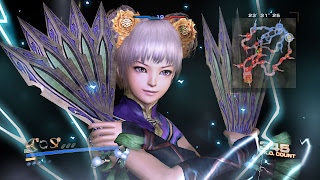 Tecmo Koei’s Warriors franchise has settled into a comfortable rhythm. Every couple of years we get a new numbered release. The last one of those, Dynasty Warriors 7, we got our hooks into in 2010.

From there the team takes that engine and applies it to a number of spin-off titles, such as 2011’s Xtreme Legends. Just before the next numbered game is released, we get an Empires spin-off, and typically these is the best of all.

See, the Empires games give players the ability to apply some military strategy in-between the battlefield exploits of the heroes. By no means is this strategic depth enough to call the Empires games “strategy” titles, but there’s a surprising amount of depth to them anyway. Players need to not only distinguish themselves on the battlefield, but also recruit and improve relationships with generals that supply armies on the field, manage some basic resources, and make some light “empire building” politically strategic decisions.

These features make Empires more menu-heavy than the very accessible traditional Warriors games, and as the strategic decisions that players make have a direct impact on what happens on the battlefield, players that rush through the menus to try and get into the fighting will be overwhelmed. This is a more thoughtful game, and it requires more patience to master.

As with the finest strategy games, Empires is a constant story of compromise. It’s turn based when you’re off the battlefield, and there will always be more desirable actions to take than there are turns to take them. Striking the right balance between looking after the interests of the generals and building up your hero’s might is satisfying – it’s a less abstract kind of character development than the simple experience system that other Warriors games offer up. Consequently, success on the battlefield feels like the greater achievement here; it’s no longer a matter of simple hand-eye coordination.

What I loved about this game more than anything else is the often subtle impact that the off-field management could have on the on-field action. As part of the process of testing this game I would make slight differences to my strategy in the lead up to major battles each time. I would focus that little more on empire management in one play through. In the other I would focus more on recruitment. Small decisions at the start would, by the end of a scenario, result in me adopting a completely different play style by the end. Some I was more comfortable with than others, but the basic point here is simple; there is only one way to play a typical Warriors game. With Empires there are dozens. 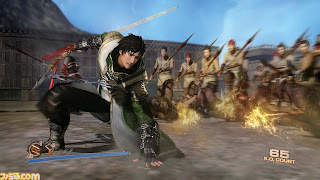 It must be said however that the on-field action is very traditional for the Warriors games. Maps are split up into command centers, and the goal is to slowly make your way across the battlefield while capturing these command centers. There is a very rudimentary supply system built into this structure – if an enemy should capture some bases behind your front lines your forces are in for a world of pain. Fortunately the enemy AI is not really up to scratch and in no way equipped to do much more than stand man-to-man with your hero.

Further breaking up the basic on-field action is single-use “cards” or “stratagems.” These can temporarily increase the heroes’ personal attributes, or create effects on the battlefield to turn the tides of fate. These are a problem to the balance of the game, in that they break it. Certain stratagems are greatly overpowered. It’s OK if your side is the one to use them, as they can make a tricky situation a cakewalk. They’re a greater problem if the enemy uses them as they can twist a battle into a hopeless situation. The irony is, despite the name these stratagems are anything but strategic as a result; beyond picking the right moment to use the most powerful of them you’re not doing much with this feature.

These are not criticisms of the game. People come to Warriors games for a very visceral thrill, and I suspect that the mere inclusion of the off-field strategy is enough to relegate the Empires series as second-string for pulling in the sales. It’s a niche within a niche, as such. The fact that the on-field action is influenced by, but not a result of the off-field strategy strikes the perfect balance to provide the Empires niche perfectly. It’s a more intelligent Warriors game without being completely cerebral.