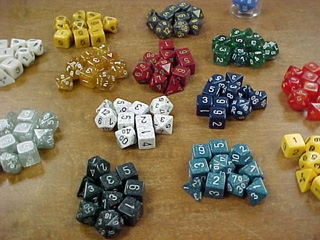 This week we’re going to closely look at the iPad. That device that so many “hardcore” gamers claim is incapable of playing serious games has developed a massive library of incredible experiences, both new and retro. And this week we’re going to list ten games that demonstrate why any RPG fan owes it to themselves to pick up one.

If you do have an iPad, and you are a fan of RPGs, do you have all the games listed below? If not, be sure to look into them – you can thank us later! If there are any RPGs that you’re a big fan of that we haven’t listed below be sure to let us know in the comments! 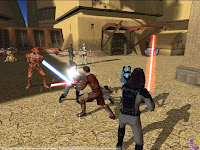 Knights of the Old Republic – Let’s start with the newest game to join the league of great iPad RPGs. This game shouldn’t need an introduction as it’s one of the finest games ever made, and it’s Star Wars, but for people who somehow missed the original release, here’s the perfect way to catch up. Bioware’s epic is ported expertly to the iPad and the gameplay has held up remarkably well through the years. Now we know the iPad is capable of running this, the sky’s the limit in terms of what else we could see in the future. 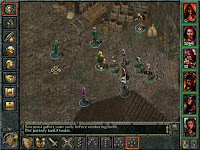 Baldur’s Gate: Enhanced Edition – Another Bioware classic, this one came quite a bit before Knights of the Old Republic, and is set in the world of Dungeons & Dragons rather than Star Wars, but there’s a lot of other similarities between the two. The deep, open-ended gameplay, the superb production values and writing, and the incredible, engaging characters. This is one of those games that remains replayable over and over again, because with every play, the decisions you make will fundamentally change the experience of the game.

Avernum 6 HD – Coming from independent developer, Spiderweb Software, the Avernum games are well know for two things – being massive in scope and having unbelievably-enjoyable plots. Avernum 6 is the finest of these, and don’t worry you don’t need to have played the five before it to enjoy this one (which is just as well, as the only other Avernum game on the iPad currently is the first). Retro to a fault, Avernum 6 uses a very limited art style to convey its enjoyable story, but the combat system is reasonably tactical and engaging, and for dungeon crawlers of old, this game will remind you strongly of SSI’s Dungeons & Dragons titles. 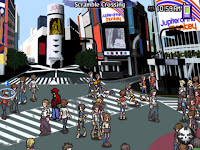 The World Ends With You – When Square Enix ports one of its classics to the iPad, the result is usually a very enjoyable game, and this is true of The World Ends With You – a Nintendo DS game originally that was completely ignored on the store shelves. This port needed to remove the dual-screen control setup that that DS game used, but replaced it with some very accurate and tight touch and swipe controls to maintain a game that was both challenging and rewarding. And the soundtrack is absolutely killer, just as an aside. Dragon Fantasy – Sometimes it’s fun just to kick back with a retro RPG and enjoy the grind. Dragon Fantasy is a perfect comic homage to the early Dragon Quest games – complete with massive difficulty spikes, a “first person” perspective for combat and linear narratives. What makes this game worth a second look is its sense of humour, which gently pokes fun at the genre while also respecting it. That’s a delicate line to balance, but this game does it in style. 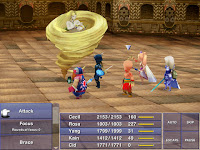 Final Fantasy IV – Another Square Enix port of another DS title, Final Fantasy IV on the iPad is the 3D remake of the game that DS owners were able to dig into. Now, I know everyone has their personal preferences when it comes to this series, but Final Fantasy IV is one of the better titles in the series in my humble opinion. It has an enjoyable cast and setting and though it’s a little limited compared to later Final Fantasy games that implement job classes, it does get those core mechanics right.

Baroque – Of all the RPGs that you could play on your iPad, this one is the most unique. And by unique I do mean strange. Baroque is a brutally dark and beautifully cruel game that really pushes the player’s abilities not only as a gamer, but as an audience. The story is heavy with meaning and philosophy, and the art style is a mix of industrial and Gothic horror, and therefore quite challenging to watch in itself. But for all that strangeness, what sets Baroque apart is just how rewarding it is as a game and work of art. Not one for casual gamers in any sense of the word. 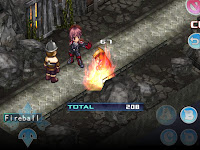 Spectral Souls – Amongst the tactics RPG franchises, Idea Factory’s Spectral Souls belongs to one of the least mainstream. It’s unnecessarily complex in places and the game does such a poor job of explaining itself that the first three or four hours are a real test of patience to work through. Once you get the hang of the game however it opens out wonderfully to reveal a game that contains a lot of tactics depth and a few unique and interesting twists on the genre.

The Bard’s Tale – This game is on the surface a Diablo clone. It involves running around a world from a top-down perspective completing missions and earning loot. What sets it apart is the fact that it is very, very funny. The game is actually a complete satire of the genre even as it adheres to its basic gameplay structure. It ignores the fourth wall entirely at times when it feels like it, the Bard himself is anything but a classical hero and the missions he takes on range from silly to downright embarrassing. Even better for iPad gamers – this download comes complete with the original DOS Bard’s Tale RPGs – a massive amount of content in there for a small price.

Bastion – Bastion is rightfully a darling of the modern RPG genre, and for two specific reasons – it looks gorgeous, and it has the best voice work in a game ever. The commentator, which describes everything that the player’s hero gets up to, is a work of narrative genius, and the game has to be experienced for that reason alone. It’s also one of the better implementations of virtual buttons, too, making for a very comfortable playing experience for a game that can at times have some pretty hectic action going on.

Fairy Fencer F gets a writer and release date

A look at Dead or Alive 5 Ultimate