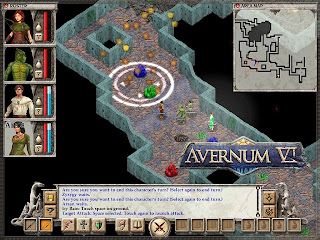 You have to love Spiderweb Software. On microbudgets Jeff Vogel has for years produced massive, sprawling old-school RPGs in the vein of the classic Dungeons & Dragons games. It’s an irresistible formula for anyone with fond nostalgia for the old SSI titles, and of all Vogel’s games, the Avernum series has been the most successful.

We already have a remake of the original Avernum game on the iPad, and it’s a little surprising that Avernum VI, the last game in the series, is the second game to be released on the platform. Unless you’re a PC gamer and have played these games in the past, jumping from one to six without playing the games in between might not sound like such a great idea on paper.

Questionable business decision aside (I fail to see how a game with a “VI” in the title is going to appeal to any potential newcomers), I hope people can put that initial reservation aside and play Avernum VI anyway. Everything in this game still makes sense even if you haven’t played the other games in the series, and the sixth game is regarded as the highlight of the series for a good reason – its almost unparalleled in its presentation of a classic dungeon crawler RPG plot. 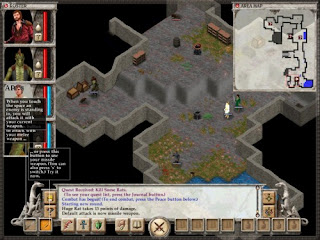 That plot focuses on one of the more interesting environments in RPG history – the vast underground of Avernum. A desolate, grimy place, Avernum is a glorious place to set a low-power RPG. NPCs etch meagre lives within downtrodden cities. Vicious, powerful monsters roam the caverns. Simple survival is the goal in this environment, and it must be said that this theme makes for a lovely change of pace from most modern RPGs, where you feel more powerful at level 1 than you do here when you hit the level cap.

Vogel’s great strength has always been in his storytelling, and that’s just as well because in terms of presentation this game is definitely not up to scratch. There’s a couple of nice character portraits (taken from other recent Spiderweb games), but characters on the screen are tiny blurry sprites with very limited animation – they don’t even walk, they just glide across the floor. While this means the game is somewhat inaccessible for the less dedicated RPG players (not that we didn’t already know that), there’s a certain appeal to the presentation for people with fond memories of pen-and-paper RPG games. In Avernum VI the characters are almost like physical pieces on a table, and for the target audience, this is actually quite compelling. 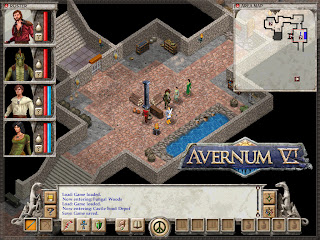 But back to the storytelling – it is superb. There’s a lot of reading in Avernum, but it’s compelling stuff. Like a good novel, the words of Vogel do a brilliant job of setting a scene and creating an environment that is more engaging than the visual presentation would suggest. Because there is so much reading involved the pacing of the game is very different to what more most modern gamers might be used to, but it works.

The combat is very simple and plays out on a traditional turn-based grid structure. Skill trees are a little limited and there’s nothing especially overwhelming in terms of power – this suits the theme of the game world perfectly, but again it’ll disappoint people who like more spectacle in their RPG. On the higher difficulty levels players will need to make expert use of their limited resources, and so Avernum is a strategic game, but again in a way that is a little different from the norm.

The combat is not really the focus of the Avernum IV though – it’s the actual story that takes centre stage, and everything else is merely a frame to enable that wordy picture. It’s so relentlessly old-school that Avernum is not a game that most will look at twice. But it’s a massive, full-featured RPG that plays perfectly on the iPad, so it’s a pity that no one is going to bring this game up as proof that the iPad has experiences far more complex and rewarding than Angry Birds.

Those of us who have played it will know better though.

Innovative games we’d like to see on Wii U