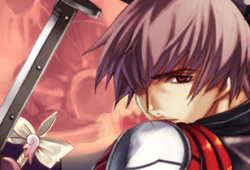 It’s taken a while, but the Japanese mid-tier developer and publishers are starting to see the value in the iPhone and iPad. Remember – these devices took longer to take off in Japan than elsewhere in the world. They’re popular now, though, so those goodly folk who concentrate on making Japanese games for Japanese people are starting to make games for the iDevices.

As a fan of Japanese games, it’s difficult to describe how happy I am to see the likes of Idea Factory bringing games to the iPad. Spectral Souls: Resurrection of the Ethereal Empires is no Atelier game by GUST (oh please oh please be working on that, GUST), but it’s an epic tactics RPG that may just be worth its relatively premium price point. 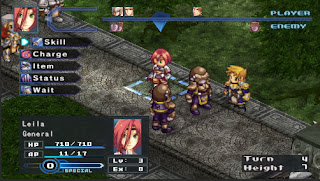 Now, the iPad has no shortage of quality tactics RPGs – Call of Cthulhu: Wasted Land, for instance. But, with the exception of a port of the classic but very mainstream Final Fantasy Tactics, there have been relatively few quirky Japanese attempts at the genre. While Spectral Souls is a series with a (justifiably) bad reputation, though, it largely gets this game right, by playing it reasonably safe and down the line. Once you get through a remarkably obscure series of tutorials that manage to make the game far more complex than it really is. Basically, this is a game about using action points (APs – most JRPG fans will recognise those) to string together series of attacks. Different combinations of basic attacks create more powerful super attacks.

And that’s the core of the system, which is explained in such a way that anyone who hasn’t been playing JRPGs for years and years will make no sense of it whatsoever. 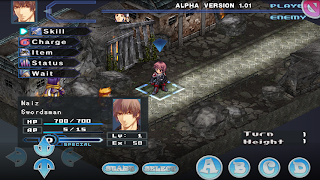 But let’s assume that you’re been a JRPG fan for long enough that you’ve got an instinctual feel for tactics RPGs. This is a long quest that manages to be reasonably challenging and strategic, while keeping skirmishes to a humane length for a portable gaming platform. What it lacks in visual appeal, it makes up for in raw length. What it lacks in intelligent scripting, it makes up for with some wonderfully quirky characters – in other words, this is precisely the kind of low budget JRPG that has led to the insane brilliance of, say, Hyperdimension Neptunia or Agarest War on the HD consoles.

Spectral Souls plays down the otaku weirdness (or perverseness, depending on your perspective), and, frankly, it’s going to lose some of its potential audience for that. General audiences are going to be put off by the inaccessibility of the system. And it’s poorly optimised for the iPad, to boot. Yes, this is a port of a PSP game, but a game like this should have been touch controlled. Instead the developers have implemented a virtual D-pad and buttons. It works, but it feels a little silly considering every other tactics RPG on the iPad worth mentioning is touch-based. 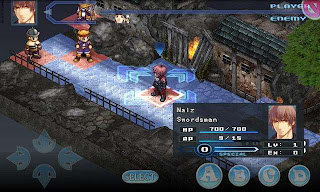 For all its many failings, though, Spectral Souls gets brownie points for representing an exciting future for the iPad. We are going to see more “otaku” JRPGs, and the likes of Idea Factory, GUST, Compile Heart and Acquire are going to put more resources into iOS development. Spectral Souls is something of a flawed pioneer, but it’s almost worth supporting simply to be able to say “I was there when the floodgates opened.”

Almost. Realistically you’re going to need to be a pretty big fan of tactics RPGs to get all the way through this game’s 100 or so hours.