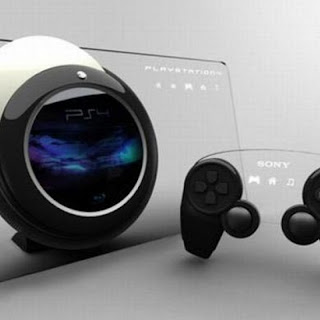 This year is going to be the big year where two of the three main console platform holders formally unveil new console hardware; Sony is expected to replace the PlayStation 3 and Microsoft is expected to obsolete the Xbox 360.

It’s exciting. We have had this current hardware for much longer than typical for the generation, and the general consensus is that everyone is ready for some change. With that excitement comes the typical rumours about what the new consoles will look like, and what will power them under the hood.

If the current rumours and “leaks” are proven true then it looks like the next generation of PlayStation and Xbox hardware will indeed be a substantial boost in power compared to the previous generations. But here is the thing – as I look at those specs I find myself struggling to care. Not because I do not look forward to new toys to play with, but because I personally don’t think better specs will do all that much to enhance the gameplay experience any longer when it comes to console gaming, and I do hope both platform holders spend the time to promote features, rather than hardware, as we move into the “next gen.”

No game has shown me this more clearly how little specs now matter in gaming than playing Ni No Kuni. Here is a game that is animated in collaboration the master artists over at Studio Ghibli, and here is a game that could not possibly look better. Even in a hypothetical world where the PlayStation 3’s power was doubled or tripled and Level-5 was throwing the best engines in the world at it, it would still be a game that was designed by Studio Ghibli. Previous generations of hardware would not have been able to handle it, but future generations of hardware will not be able to do much more with that art style. In other words we are at the point now where console hardware and the engines sitting on it are enough to produce games that look as good as the very finest animated movies. We have got consoles that give companies like thatgamecompany the creative freedom to come up with such striking visuals as those we saw in Journey. Again, underneath that simple surface is a game that has a visual engine that really needed PlayStation 3 hardware to work, but it’s an art style that has reached the natural limits of what it needs to do.

In terms of less-stylised games; Dead or Alive 5 has character models that are, frankly, detailed enough. If Hitomi looked any more like a real person we would be descending into a creepy kind of Uncanny Valley, and to be perfectly frank, I do not really want to head down there. Already the hyper-realism that games like Crysis 3 are afforded on high-spec PCs actually has me looking forward to the console version more. Not necessarily because I prefer the controls or anything like that – it is a simple reality that to my eyes, games already look good enough that I really do not need that extra jump in visual fidelity to emotionally connect with the material.

But all of this is of course a personal reason for not really caring about a next generation of hardware in terms of the raw specs. Let’s look at the economic reasons for a second here, and why Sony and Microsoft might well damage the console market by creating an environment where a game needs to be “next gen” in order to stand on the retail shelves next to its peers and have any hope of being sold.

The basic reality is that games are far too expensive to produce. A single commercial failure is enough to sink modern companies. Last year we saw the demise of the likes of Eurocom and 38 Studios immediately after both companies produced a commercial flop. Already this year we have rumours that Junction Point Studios may be dissolved by its parent company, Disney. Here is a company that had a verified hit with the original Epic Mickey, but Epic Mickey 2 failed in the market. And the sharks circled.

There are consequences to having an industry that is so unforgiving on failure, and the main consequence is risk adverse behaviour. When studios can only survive by producing hits, the only thing they are going to invest in is those commercially-proven formulas. Publishers are not going to greenlight experimental games that could leave them footing a developer’s ugly red bank balance.

We’re seeing this happen already, and that’s with current generation hardware. Escalating game development to this “next generation” promised by Sony and Microsoft is only going to exasperate the problem – smaller developers won’t even bother with this hardware, not when the iPad is dirt-cheap to work on. Big publishers will release fewer games, and those games will be increasingly sterile and safe. You can all-but forget about that middle tier that publishers like THQ occupied, where a lot of the riskier ideas came from… that’s going to disappear entirely. THQ was merely the tip of that iceberg.

So from the point of view of the economics of the games industry, I hope to high heaven that Sony and Microsoft don’t push the specs of their respective next-generation hardware. Price escalation is not going to go down well for anyone.

Does this mean that there should not be new consoles in the first place? Of course not! There is a couple of historic trends that would make new hardware a very good idea right now. Historically new hardware also means new IPs. At a time where developers are not expected to maximise a console’s hardware, and there is not the same pressure for mid-tier developers to compete with multi-million blockbusters like Assassin’s Creed 3… when you are competing with other upstarts like Assassin’s Creed; that is the time to be creative and experiment with new ideas. Some will fail, others will succeed, but that is OK when your market is more actively hungry for new games to play and a game that gets a middling reception can sell enough copies to return the more modest development costs.

There are different ways to excite the market beyond mere specs. Nintendo is proof of that with the runaway success of the Wii and the modest (but entirely against the odds) success of the Wii U. And contrary to many people’s belief both Sony and Microsoft are innovative companies with the ability to delight beyond “it looks prettier.” This is where both companies should be focused on, because that is where the mid-tier is going to want to be developing.

Take for instance SmartGlass. There are so many different things that Microsoft can do by linking people’s game consoles with their other devices, and we have barely scratched the surface here. Just one example: numerous times developers have attempted to merge the strategy and FPS genre, but it is almost always been clunky. SmartGlass would allow the iPad/ Surface/ Android screen to act as the tactical map while the player gets ‘hands on’ in-game. It is possible with the current Xbox 360, but imagine if Microsoft were to make SmartGlass core to the experience, rather than a mere bonus feature?

Sony acquired Cloud provider Gaikai not that long ago. Sony has been pushing towards Cloud services for years now (note: Music Unlimited and PS Plus), but again, it has always been an added feature sitting on top of the PlayStation 3. At best Sony has experimented with Cloud-featured games on the Vita with the likes of Travel Bug. Imagine if Cloud was core to the very experience of PlayStation gaming. For instance, imagine a music game that partnered with Shazam. You hear a track you like while out and about. On your phone you use the PlayStation app, integrated with Shazam, to recognise that song, and purchase it for you ready for immediate play when you get home.

Those are minor features, certainly, but we live in a world where NFC, GPS, Voice Recognition, Photo Tagging, Cloud and WiFi/ 3G, Social Networks and more are all very common technology. Making clever use of these technologies can provide game developers with far more cost-effective and innovative ways to build game experiences. For Sony and Microsoft to focus on those more than mere spec updates would be far healthier for the games industry, and in turn far more beneficial for us gamers.

Trailer: Like Bioshock? Here’s an Infinitely entertaining trailer for you