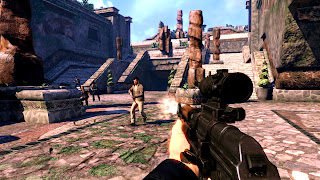 Eurocom has been around for 25 years and made some genuine classic games in its history, and has now announced that it is shutting down.

The company had previously announced that it was scaling back its workforce to focus on mobile gaming. The 42 remaining staff that it had retained for that strategy will be made redundant as a result.

It’s an announcement that demonstrates just how risk-filled the games industry is; make one underperforming title (in this case, 007 Legends) and the sharks come in for the kill. You’ve got to wonder at what point people will wake up to the fact that the current state of the industry is simply not sustainable.

The developer released this statement:

“As a result of pressure from HMRC, the directors of Eurocom filed a Notice of Intention to Appoint an Administrator at Court in order to allow time for attempts to save the Eurocom business. The Administrator and the company’s directors have been negotiating with customers surrounding new contracts to develop console games, however these contracts could not be secured in time and due to insufficient funds to pay outstanding wages, Eurocom today entered Administration.

As a result, the remaining 42 employees have been made redundant today and the business has ceased to trade after some 25 years, having grown organically to become one of the largest and most prolific independent console games developers worldwide.

The Directors of Eurocom would like to offer their heartfelt thanks to all their staff that have been made redundant at this difficult time, and show their appreciation of all of their hard work in consistently delivering exceptional games.”

Developing from the frontier: An interview with Thailand’s Corecell