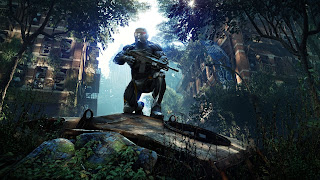 It’s a discussion for another day, but it’s a little saddening that four of the five big games that EA has planned for Q1 next year are hyperviolent shooters. I’m no fan of this – it has always struck me more as a cynical marketing ploy than an attempt to genuinely further the games industry – but on a completely personal note I make an exception to the Crysis games.

Crysis 2 is my favourite FPS of this generation of consoles. Thanks to environments that are more open than the typical shooter and therefore encourage players to think about what they’re doing and come up with their own solution on how to get from point A to point B, Crysis 2 was engaging. Thanks to the lengthier single player game, I didn’t feel the need to go online just to get value out of the game, and that is a good thing because I really don’t like dealing with randoms in FPS games.

Crysis 3 absolutely blew me away with its demo. In the time I spent with the game I was able to run through the one level in no less than four different ways, giving me plenty of strategic depth each time. The level was also filled with hidden nooks and crannies, allowing me to outwit and outflank the enemy. Combined with the powersuit and its traditional invisibility cloak ability I felt more like a hardcore, Predator-style killer than even the recent Predator games have managed. Of course, it helps that the game is set in a reforested urban environment, so it has a wonderful jungle theme to it in the first place, making the hunter-and-prey theme very believable. 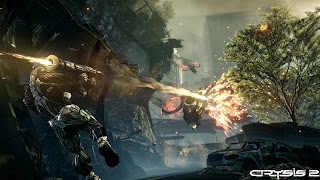 The game looked great running on a beefy PC – which is what I tested it on. No surprises there given this is Crysis and everything, but what impressed me was how good the game looked on consoles, too. Journalists were testing the multiplayer on Xbox 360s, and while it’s been a while since I played Crysis 2 it did feel like there was a jump up in graphic quality from how I remembered that game running on the PS3.

Everything else about the game met the table stakes for the FPS genre – the various weapons felt great in my virtual hands. The bow-and-arrow, especially, had real weight to it. Enemies chatted to one another in response to my actions. Movement was slick and fast paced to ensure the action kept up throughout. There was a couple of tweaks to the multiplayer, including a new survival mode that should help elevate that side of the game from the rather inferior experience from the last game.

I freely admit that I’m no FPS expert, but I have consistently loved the Crysis series for its relative intelligence. Crysis 3 keeps that tradition alive nicely and, aside from SimCity (which is more my kind of game), this is my pick of EA’s release schedule for the start of next year.