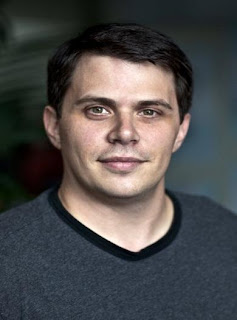 Last year we were able to get some hands-on time with Crytek’s upcoming conclusion to its Crysis trilogy. Crysis 3 might not have the most imaginative title, but we were very, very impressed with the preview build.

We were fortunate to also score an interview with Michael Elliot Read, Crysis 3 producer at Crytek about the upcoming game, his vision for the industry, and what comes next for the studio.

Michael Elliot Read (MR): It’s a game that hits a balance between Crysis 1 and Crysis 2. We have managed to pull environments together that sit between the broken-down urban environments of New York City mixed with the general environments you would see in Crysis 1. There is a lot of inspiration that comes just what we have learned in the past five years since launching the original Crysis.

We really wanted to come in and end this part of the trilogy with a bang. We are not trying to reinvent the genre by any means, but we wanted to come back and take everything we learned from the first two and provide a great overall experience in the third.

DD: The FPS is very packed with some great games on the market. What do you think has kept people coming to the Crysis series?

MR: People will come to the series for a number of different reasons. Whether it’s for the graphics, the unique gameplay modes we have in there thanks to the addition of these suit mechanisms, and some of the AI systems that we are bringing into Crysis 3. This is a game especially for people that love shooters and want to get into something substantially different from what you would get from some of the corridor shooters out there.

DD: With regards to the singleplayer mode, we had the chance to play an impressively open area in our preview, despite it being indoors. Can we expect that experience throughout the entire game?

MR: You can expect more. What we have tried to do with some of the indoor spaces to create a sense of openness even though players are often in enclosed spaces.

DD: The danger with an open environment is the less patient player will get lost and give up on the game. What are you doing to make sure they remain interested and moving through the game, even if they don’t find the open levels engaging?

MR: Crysis, in terms of the story, has always been a very linear, cinematic storytelling experience, and we have done a lot of work on that – even moreso than we had on previous games. In terms of the maps and designs, some people come back to us and say “Crysis is very open world,” but I think that is an incorrect statement. We still have players on a set path to achieving goals and we still do that by adding in UI interface things that keep people pushing forward.

That said, at the same time we have added things like secondary objectives that sometimes have markers associated with them on the minimap and sometimes do not that will allow the player to go and explore the areas more than they had previously. The open-style environments also lend itself to creating more dynamics in the gameplay. Coming back to the comparison with traditional corridor shooters; you know when you come up on a corner and that waves are coming out until you hit a certain trigger point, whereas we provide an area where players can jump in and if they fail the first attempt and approach it from a different way and the AI reacts differently.

DD: With multiplayer, a lot of people who play FPSers jump into multiplayer without necessarily caring about the single player game. What have you done to make sure that Crysis 3 is as compelling to those gamers as the players that play through the story mode?

MR: It is a very different experience; we have these extra suit modes. We have done an analysis, taken the single player experience and balanced it out in a way that is different to taking it up against the AI. With multiplayer it is almost like you are developing for two separate games that have common themes that are tied into them. We have not said “let’s take the Nanosuit and simply copy that into multiplayer,” and the same approach has happened with our environments. There is a common theme in the maps in that we have the seven wonders and we take elements from the single player level design into multiplayer. Even where we’ve completely redone the level design we’ve brought art elements across so that we retain the consistency across both experiences.

MR: We have put an equal effort into this one for sure. I have had people come in and say “hey I am not interested in the multiplayer but I really want to get my hands on the single player and play through it.” I think there is going to be a lot of replay value in that and then you are going to have people that come in and want to play nothing but the multiplayer.

They are two very separate kinds of designs and I cannot say we have put more effort into one or the other but yes, definitely I can say when people think of Crysis they tend to think of the single player. In introducing a different mode such as Hunter we have kind of made people shift their attention and think “hey maybe there is more substance in the multiplayer than I thought.”

DD: Crysis has also always been known for pushing technology innovation in the sense of visual advancements. The games industry is starting to fill up with other kinds of innovation in terms of new ways to play games – SmartGlass for instance, as well as the Wii U. What opportunities do you see as a “cutting edge” developer to leverage these quirkier ideas?

MR: That is an interesting topic and something that would be more geared towards my game designers. But when we roll back and look at dual-screen Nintendo took that to a new level with the Nintendo DS as a handheld platform. With that console the two screens complemented one another whereas something like SmartGlass is more of a supplement and not forced on game designers.

Then you have the Wii U and the question we face there is how do you create a seamless experience for a player when they have this giant screen in front of me but the game designers want them to shift my attention to a smaller screen in my hand.

I think it’s going to be interesting how game designers manage over the next few years; not only with the Wii U but with iOS as well in managing these dual screen situations, and finding a way to not take focus away from one screen or another but creating a seamless experience across both experiences.

DD: What’s next for the Crysis franchise?

MR: I think over the last five years we have built up a strong and identifiable franchise, especially in the FPS area. We are now talking about what we can do in taking the Crysis franchise into a new space and do something different outside of the story we have been telling with this trilogy.

DD: Over the past year we have seen some very high profile developers close up shop when they have had a single game fail in the market. Given that Crytek produces such AAA-quality games, do you see a future for that kind of game in the industry when the risk is so high? Do you think you will need to work on lower-budget, high run-rate stuff on iOS and the like in the future?

MR: There is a clear shift that is coming in the industry and there is a lot of pessimism amongst some people. I am fairly optimistic about where things are going and how we as a company is going to continue to grow. People think of Crytek and think “oh the only thing I know about you guys is that you do Crysis” and when I came into the company there is all these other products at Crytek, from our engine technology to all the different projects we have underway and in licensing our technology as well. We do not just think about today but we think about the innovation of where we need to go tomorrow as well and we are learning a lot of things from our own in-house projects as well as our licensing partners that help build the engine up.

We have deals with lots of other publishers out there. We are well poised for an independent company of 800 people, even given some of the interesting stuff happening in the industry.