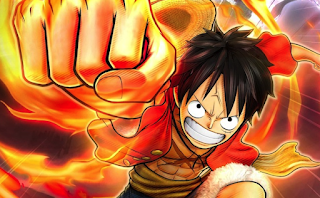 The collaboration between Namco Bandai and Tecmo Koei Games only gets better with time. Today Namco Bandai announced that it is bringing the swashbuckling adventure of One Piece: Pirate Warriors 2 to North America in the summer of 2013.
Like what’s come to be expected from the Dynasty Warriors Series, each new instalment brings new improvements to the formula and it looks as if this instalment will continue this on-going trend, with Namco Bandai stating that, “players will be able to enjoy new intensive tactical action in conjunction with the expanded roster of character appearances.” Who’s this expanded roster they’re speaking about? Well, Eneru will be available for the first time ever on the PS3, but they’re also claiming that never before seen characters will be joining the battle as well.
Don’t worry, Luffy, Sanji, Zoro and the rest of the Straw Hat crew are coming along for the ride too.
For even more details, check out the full Press Release below:
HIGH SEAS HIGH JINKS TO ENSUE AS ONE PIECE: PIRATE WARRIORS 2 COMES TO NORTH AMERICA
One Piece Fans to Anticipate Embarking on their Pirate Adventures into the New World this Summer

SAN JOSE, Calif., (January 21, 2013) – NAMCO BANDAI Games America Inc. today announced that ONE PIECE: PIRATE WARRIORS™ 2 for PlayStation®3 computer entertainment system will be coming to North America in summer 2013. ONE PIECE: PIRATE WARRIORS 2 is an action adventure game developed by TECMO KOEI GAMES and is based off of ONE PIECE, one of the most widely read and popular manga and anime series in the world.
Players will be able to set off on grand adventures with well-beloved characters such as Luffy, Sanji, Zoro and the rest of the Straw Hat crew to explore and conquer island after island while traveling through the New World. With playable characters from the originaltitle along with never before seen characters joining the battle, fans can enjoy seeing whole line-ups of their favorite ONE PIECEcharacters springing to action, including Eneru for the first time ever on PS3.
ONE PIECE fans will explore wondrous and mysterious island environments in the bizarre realm beyond the Grand Line while they sail through uncharted territories, including previously unreleased stages such as Skypiea.
The on-going partnership between TECMO KOEI GAMES and NAMCO BANDAI Games Inc. melds top quality fighting action with the phenomenally widespread manga franchise to produce a truly swashbuckling video game experience. By leveraging the simple controls from the Dynasty Warriors series, players will be able to enjoy new intensive tactical action in conjunction with the expanded roster of character appearances.
“The successful collaboration between TECMO KOEI GAMES and NAMCO BANDAI Games will provide excitement never seen before, surpassing the previous title with more of Dynasty Warrior’s excitement and ONE PIECE’s wildly popular adventures,” says Wyman Jung, Associate Brand Manager at NAMCO BANDAI Games America Inc. “Our goal is to bring a fresh and riveting gameplay experience fit for fans aspiring to be the next Pirate King.”
ONE PIECE: PIRATE WARRIORS 2 is slated to launch in North America in summer 2013 for the PlayStation 3 system. For more information on NAMCO BANDAI Games America Inc. game titles and products, please visit http://namcobandaigames.com/home. Follow the ONE PIECE: PIRATE WARRIORS 2 conversation on Twitter at www.Twitter.com/Filthierich
Share this

Interview: Crysis 3 and the future of Crytek

Interview: Why mobile is the future for Australian game development