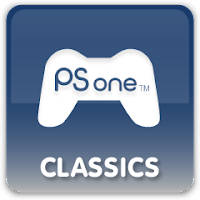 Twenty-six titles on top of the nine already available is quite nice and with the likes of Magic Carpet, Tomba! and Grandia making the list, there’s a healthy mix of quality classics now available. With Sony claiming that they’re making the classics compatible “as quickly as possible,” hopefully it won’t be too long before we have full compatibility.

PSone Classics are available to purchase on PSN via PS Vita, or PS3. Already purchased titles can be re-downloaded onto Vita, or transferred from a PS3 at no additional cost.