Being a king isn't as easy as it looks.

Many years ago now (back in 2013), when DigitallyDownloaded.net was still just a startup website and really little more than a blog, I was fortunate to land an interview with the good people of Paradox Interactive. To this day I remember that interview, and a big part of the reason why I remember it is also why I find the presence of Crusader Kings III on PlayStation to be so funny: this was a game that the developer assured me wasn’t going to happen.

I’ve always been a big-time fan of Paradox’s work in the strategy genre, but at the same time, I do prefer to play games on console where I can. In that context I asked them about the chances of a console port of Europa Universalis IV – their big new game at the time, and they flatly said this wasn’t a thing that they were considering: “PC gives us the freedom to create the games we want to create and make them just as we want them to be. We hope they come across as grand, fun and challenging and we´re not sure we could make that on console.”

Now, of course, a lot has changed in video games over the last nine years, and in fairness, Crusader Kings III is only available on the newest generation of consoles, which of course weren’t around in 2013. Apparently, this game, much like Europa Universalis IV before it, is too much for the PS4 and earlier. But the release of Crusader Kings on PS5 does put to rest at least some of the reasons that are often given for why Paradox’s work isn’t console friendly. One of the most cited arguments is that the interface and game design is too complex to work on controllers, and that is clearly nonsense. The real issue with these games is apparently simply that the complexity of AI is too much for console processors, and maps nearly the size of the world simply too much data to handle. Now that isn’t a problem for consoles, I do look forward to a console edition of Europa Universalis V, if that ever happens. 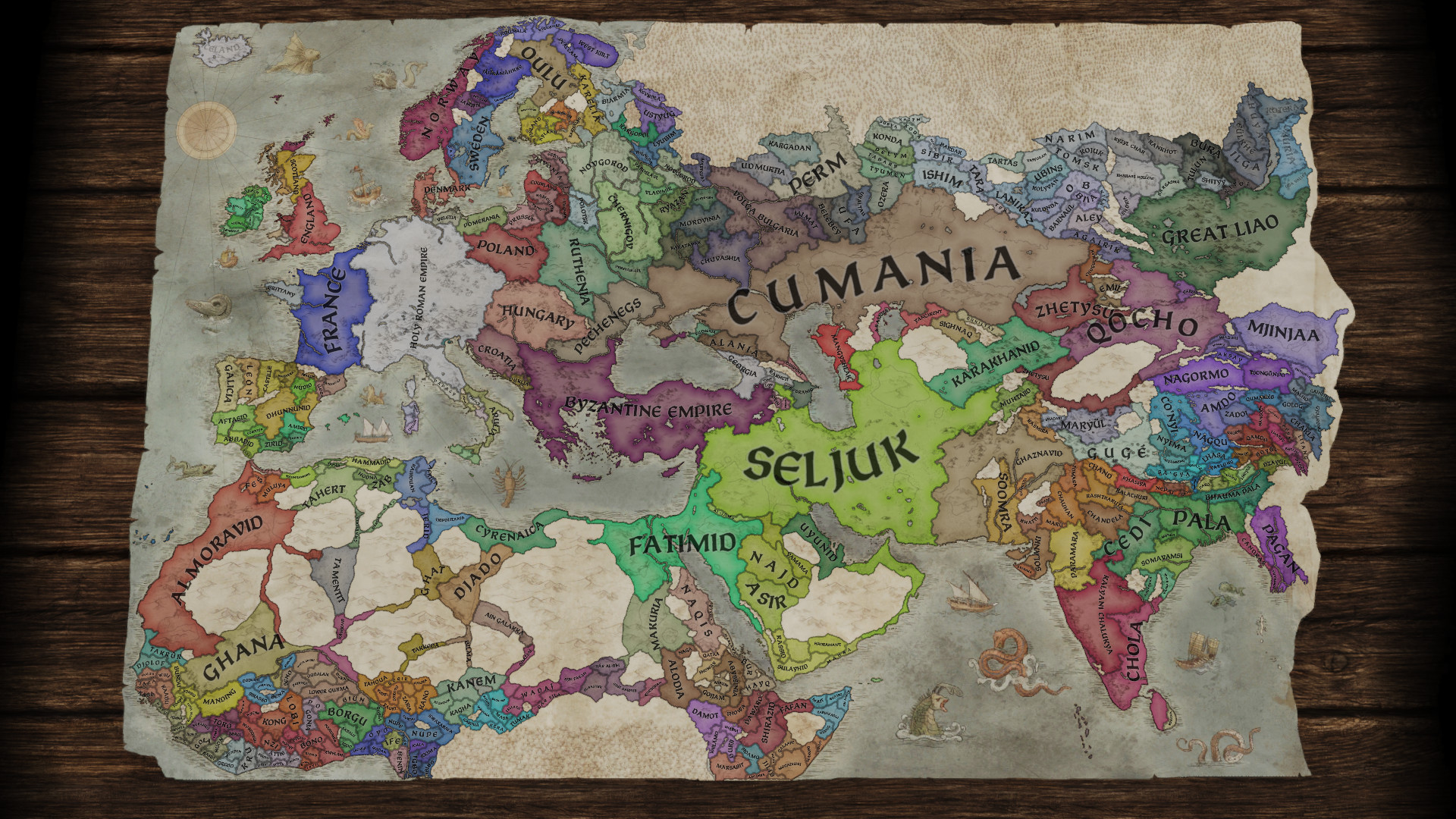 Crusader Kings III does play beautifully on the PS5. It’s not necessarily accessible, but then it wasn’t accessible on PC, either. There are a lot of menus to wade through and if you’re not prepared to sit down for an hour and focus on the tutorial to learn how it all works and what it all means, then you’re going to be very lost playing this game. In that way Crusader Kings is different to Civilization VI; both are equally grand in scope, but Civilization has been designed to be people’s first entry into this kind of strategy experience, so it both teaches you on the fly and makes sure that you have useful tutorial information pop up whenever you need it.

On the other hand, Crusader Kings III refocuses on the complexities and depth, and this means that the best way it can onboard players is to sit them though a comprehensive tutorial upfront, and then hope that they remember the bits they need as they play (or are willing to flounder away as they slowly learn the nuances), because any more information conveyed in-game would be a complete overload. To be clear here, this is a lot for new players that aren’t already deeply invested in strategy gaming. A lot. It needs to be this complex because it is a game that is really that deep, and I do think the developers have done everything they can to streamline the tutorial and onboarding as much as possible to get people into the game. Despite that, I also know that there are going to be people that are overwhelmed by it, and highly recommend that you don’t make this your first strategy game, as it will probably put you off the genre.

However, it does play nicely. Better than I thought it would, actually. The way that the menus are organised means that there’s a good triage system with information, with the options and actions that you’ll need the most being accessible with the fewest number of button pushes and taps. The logic behind it flows smoothly too, and especially in those early stages when I was learning the ins and outs myself I would find that I just happened along into the right military or development menus, or looking at the right vassal and their role in my kingdom, by going with the flow and the way the menus led me. This is good design work, a good port to console, and it should be studied as such. 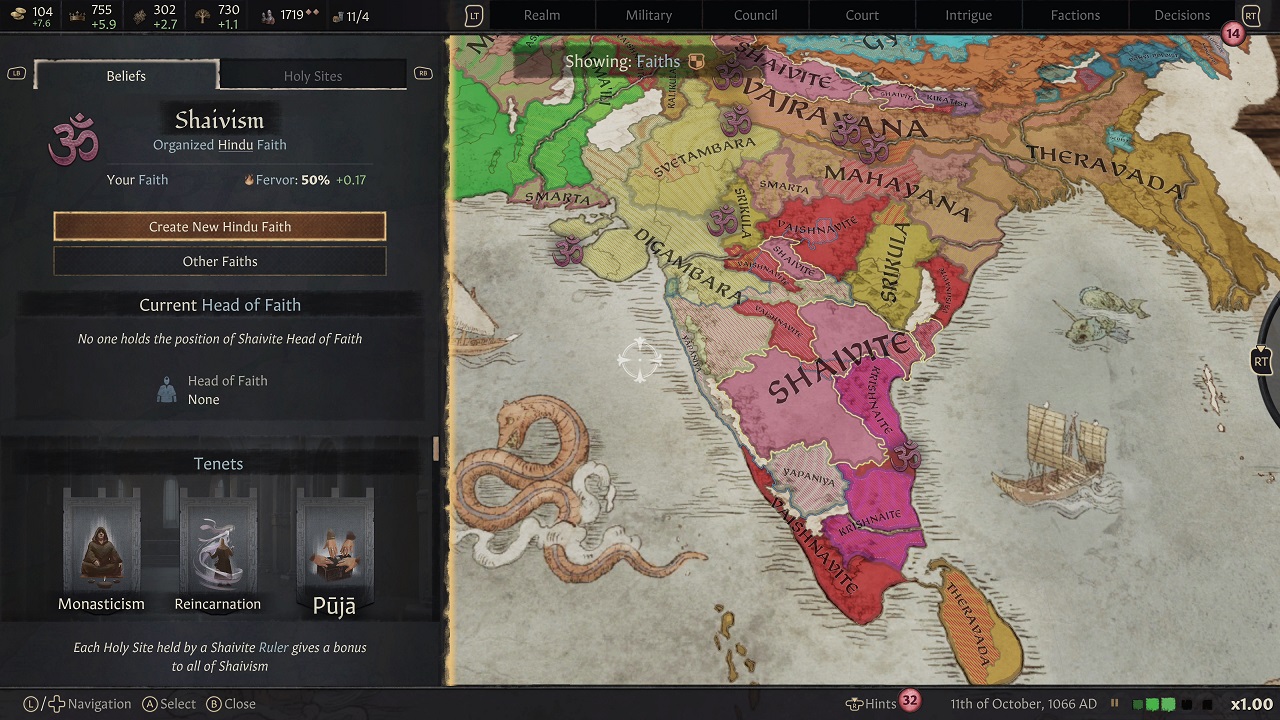 Having not played any of the Crusader Kings titles before (I was always more a Europa Universalis fan), I wasn’t sure what to expect when I started this for the first time… but it wasn’t what I expected. Crusader Kings III is, at its core, a storytelling simulator, and not a strategy game. The strategy is there, to great depth, but 99 per cent of what you’ll be doing in Crusader Kings is hoping that your spouse gets pregnant real quick because you need an heir, or begging and pleading with your most important advisors not to take the titles and lands you’ve given them and form breakaway kingdoms. The heart and soul of Crusader Kings III is the way it simulates the ups, downs, conquests and, finally, declines of empires and dynasties. The way it puts all of that directly in your hands provides the foundation for incredible emergent narratives and, once you’re comfortable enough with playing Crusader Kings such that you’re not concentrating on its mechanics, you’ll start to feel more like a storyteller with your controller being your pen.

This focus on the courtly dynamics of the era means that you’ll be spending an inordinate amount of time in the part of the 4X that most people pay lip service to; the “diplomacy” part. Combat, nation-building, and economies are actually all relatively streamlined in Crusader Kings, but the diplomacy stuff has menus upon menus and then some menus on top of that. Fortunately, where other 4Xes aim for merely functional with their diplomatic systems, and inevitably produce something that’s easy to game once you’ve learned the right triggers with each of the leaders, the AI in Crusader Kings is so much more dynamic. Characters all have their own pressure points, expectations and goals, and the games of intrigue that you can play are also far more complex.

Marrying family off does improve relations, but doesn’t cement loyalty. Neighbouring nations don’t like it when you’re too powerful, big, or hostile, but they also find you a bit of a joke if you’re too easygoing or the nation’s not powerful enough. Domestically you’ve only got so many titles and government roles you can grant to ambitious and charismatic leaders, and you need to be careful that you’re encouraging up-and-coming talent without upsetting your most powerful and potent vassals. Because they can, and will, rebel, and that won’t be a good outcome for you. 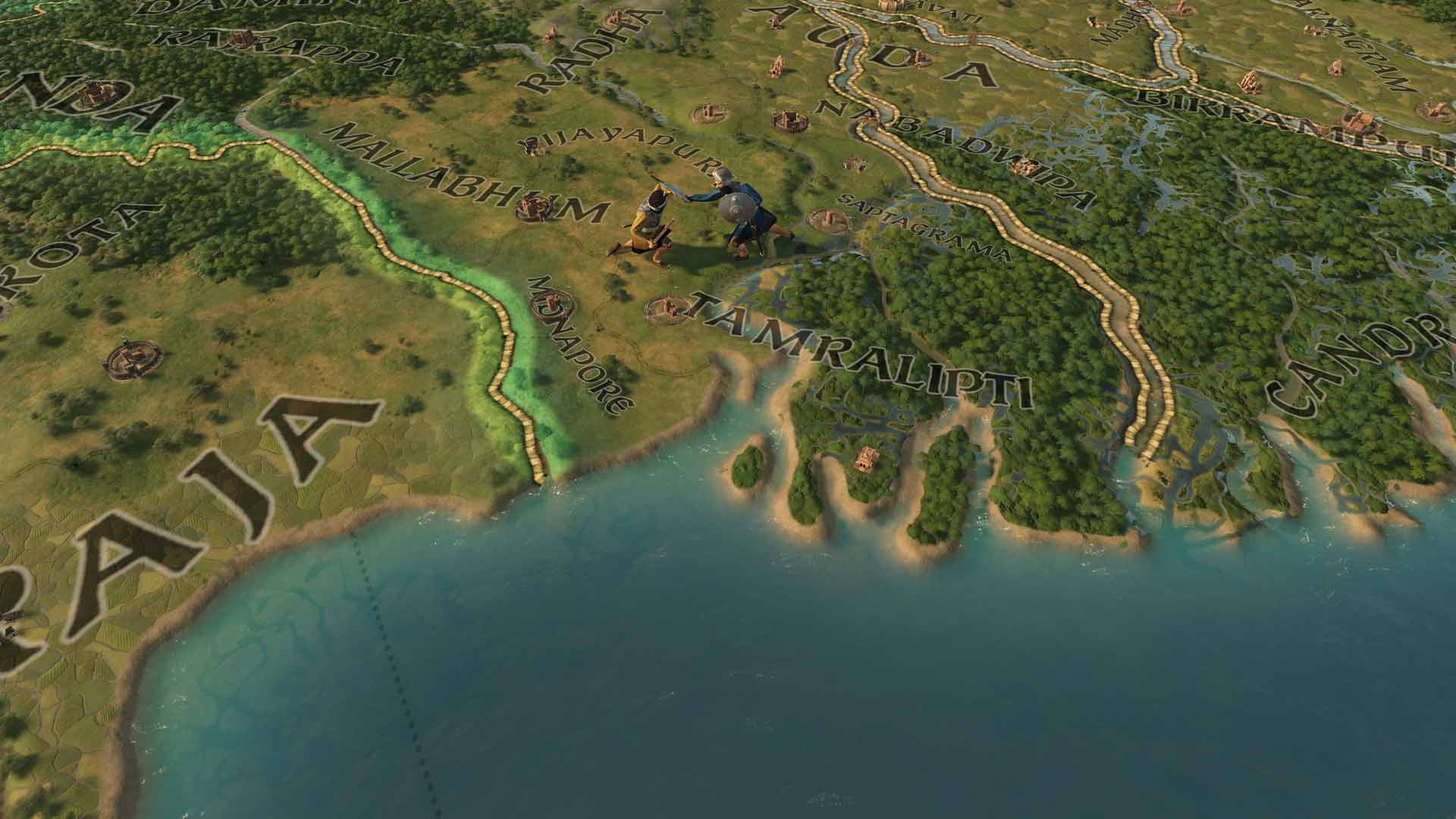 The most difficult part of all, however, is managing the transition to a new generation. Characters age and die in Crusader Kings, and that means that, as your nation’s leader, you need to source a bride, get her pregnant, take control of the offspring (hoping that it’s a boy), teaching them how to rule, and making sure they don’t pick up personality traits that will cost them as leader. Then, when your leader does die, you need to make sure that the new ruler can pull his people into line quickly, because there will be some that get uppity. And then you need to start the process again. Things get even more complex when your lord dies without having produced a child, or the child is too young to assume rule themselves. It’s also difficult to manage an uncle or cousin getting angry that you’ve replaced them as next in line, because they can and will plot assassinations. Succession was difficult back in those days.

There’s nothing quite so rewarding as playing a game like Crusader Kings III well, though. From watching your empire slowly grow as you annex little bits and pieces over generations, to having the perfect line of succession in place and a cabal of fiercely protective lords to help the child into the role when the time comes, when you get all the pieces of Crusader Kings III together, you really do feel like you’ve mastered the nuances of good governance. At least, as far as was considered good governance back in those days.

It all looks gorgeous on PlayStation 5 and runs smoothly. Most of the world is represented in Crusader Kings III, from Iceland to the bulk of Africa, the entirety of the Middle East, and most of Asia, you’ll be able to take control of any petty or major nation from a series of time periods and see if you can write a new history book with them. Some are, of course, obscenely hard to succeed with while others have a dominant position from the outset, but with the AI the way that it is, starting in a dominant position only means you’re more liable to lose stuff if you make decisions out of hubris. I would have liked a slightly larger world – Europa Universalis IV, for example, has almost the entire planet allowing you to form great empires from South East Asia, or a consolidated nation of native Americans to really show the colonisers what’s what, but in the context of the period of history that this game covers, the slightly more narrow scope makes sense. 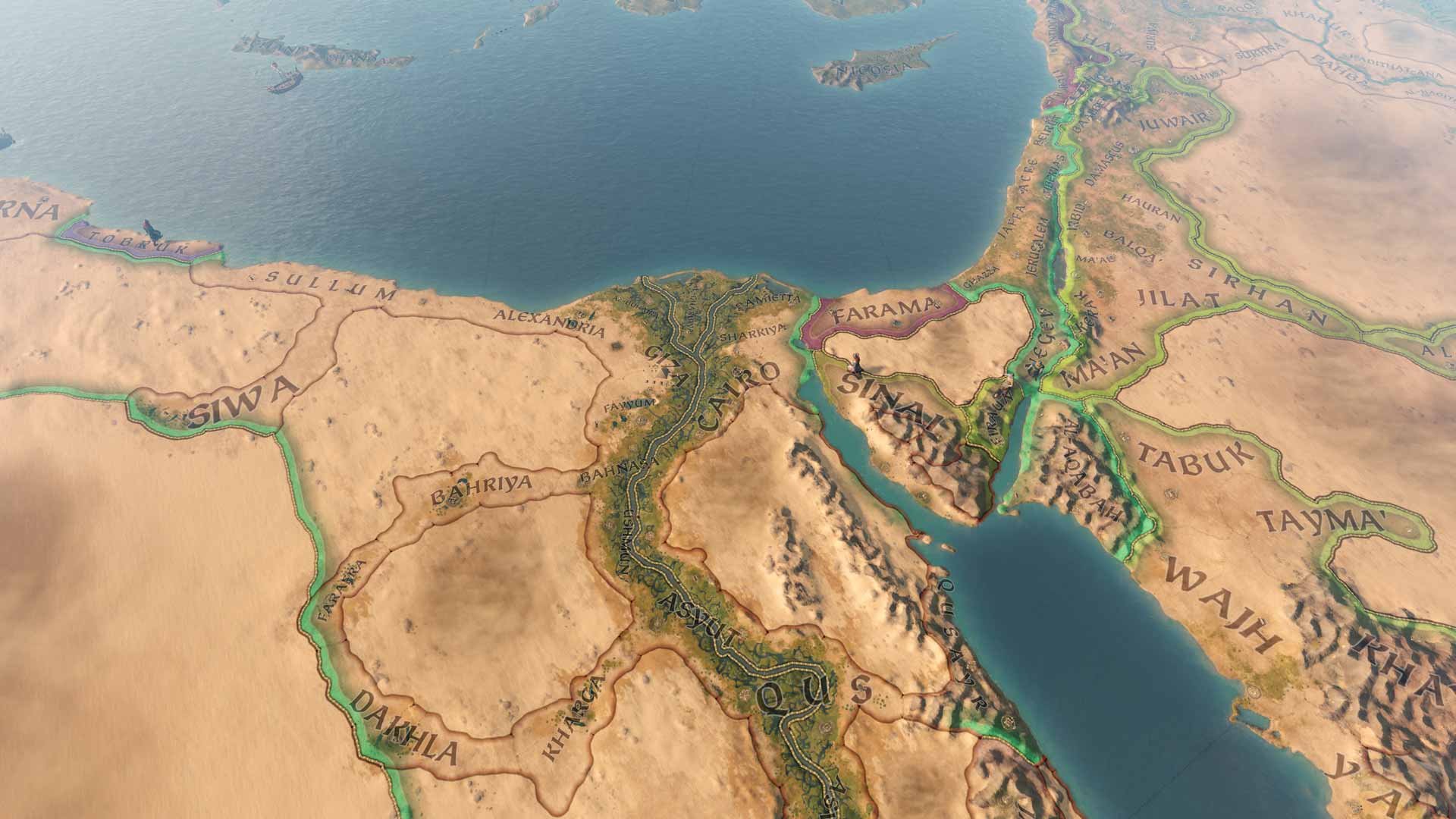 Crusader Kings III is a hobby all by itself. When you start a campaign in this one, you’re going to need to settle in for the long haul, and in the initial stages, where you’ll make mistakes (and often not understand why), it can all be too overwhelming and you’ll give up on it. That’s fine if you decide on that basis that the game isn’t for you. It’s not for everyone and it’s certainly not Civilization. However, there’s no other way this game could have been made, and when it all finally clicks, the depth and intelligence of what Crusader Kings III offers also make it impossible to put down. You’re not going to find a more complex strategy game, nor a more rewarding one, on consoles.