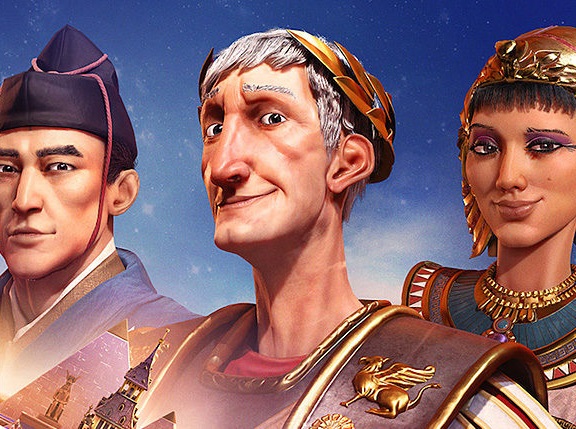 I write this review through the groggy haze that comes when you don’t get enough sleep. For the last three nights I’ve got to bed no earlier than 4am, playing Civilization VI on the Nintendo Switch well later than I had meant to, only to get up a few hours later and play it all day long again. Sure, once upon a time, back with Civilization 2, I skipped even those short sleeps, but while the mind was willing to do the same thing with Civilization VI, the body wasn’t. I’m old now. All-nighters aren’t really an option.

Related reading: Our review of the game’s original release on PC

I am a Civilization tragic. Sadly, I don’t play them as much as I would like to now, on account of being generally averse to PC gaming, and I never did get around to getting Civilization VI on the iPad either. So I very much fall into the (perhaps limited) target market for the Nintendo Switch release. Thankfully, it is absolutely brilliant.

For people who haven’t played Civilization before (why the hell not?), it’s effectively the mainstream version of a hardcore, 4X strategy game. That might sound like an oxymoron, but that’s why Civilization is so special – it really does mix raw accessibility and ease of play in with all the strategic complexities of the genre. The difference between 4X strategy and more conventional real-time or turn based strategy is that a 4X doesn’t require military power to win. There are multiple different paths to victory, and focusing on building economic, diplomatic, scientific and cultural strength can be every bit as successful as building armies and conquering rival nations.

Sydney’s soldiers are no match for my samurai and now Sydney belongs to Japan ^_^ #NintendoSwitch pic.twitter.com/mNPJ7zI7Kp

Indeed, Civilization goes out of its way to make things difficult if you’re overly militant. Attack too many people, too quickly, and the rest of the world will quickly denounce you, and then go to war. Even when you have a superior military force, it becomes very difficult to manage when enemies are pouring in through each corner of your borders. Of course, rival nations might attack you anyway, for not giving them access to advanced technology, or being too good at encouraging great people to join your nation. Building cities too close to theirs is another provocation that can lead to poor relationships and eventually war. Getting through an entire game of Civilization VI without some kind of conflict is almost impossible, so even if you’re targeting other, non-violent paths to victory, you’ll still need to invest in an army, though the game is certainly structured to reward pacifist-intended players with victories.

A common critique of 4X strategy titles is that they assume that all nations and cultures are by nature expansionist, if not outright imperialist, and ideologically colonialist. This is obviously the case with some nations (the ancient Roman empire, for example, or America – as in “white” America), but it’s not in others; Japan through most of its prior to the Meiji Restoration (occasional foray into Korea notwithstanding), or many of the the various native nations throughout history. Civilization VI makes it difficult to “role-play” a non-expansionist nation, because progress slows if you’re not constantly adding new resources to your nation’s “pool”, and the best way to access new resources is to set down new cities and/or conquer the cities of other nations. From that perspective, the game is very much a “western” title in terms of the way it sees nation building, but it is impressive to see how much work the developers have put into broadening the national development strategy beyond sitting behind a powerful army.

The first couple of times that you’ll play, you’ll almost certainly focus on military conquest, however. This is purely because the range of units to choose between are so vivid, and you’re constantly unlocking new ones to use through scientific discovery. Each unit feels worthwhile and valuable in one way or another, but at the same time you’ll never have enough resources to make use of them all, so you’ll need to build some kind of strategy around them. Battles themselves are visually simple, but the design of these units are all very visually appealing, lending Civilization VI a vibrant aesthetic, which is more than done justice on the Nintendo Switch. 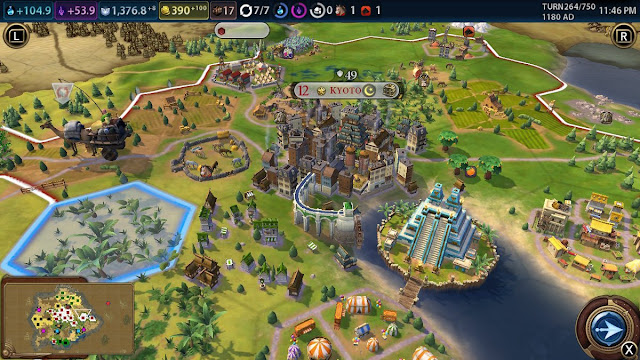 There are far too many other systems to describe in-depth in a single review – there’s the ability to set up and manage trade routes, if you’re looking for an economic victory (or just a boost to your coffers so you can finance more stuff in your empire). There’s a religion system at play, which also allows you to gradually shift a nation’s culture to yours by exporting your religion through missionaries and trade. There’s a full diplomatic system, embassies and all, and there is just about every political system known to history that you can adopt, each with distinct advantages and disadvantages.

And then there’s the science system, whereby investment in education and research yields new discoveries and technologies, which is how you get new military units, and watch your nation move from the dawn of civilisation, into the Middle Ages, the industrial age, and finally modernity. The tech tree is ridiculously deep, with dozens upon dozens of technologies to learn, all of which building on what you’ve already learned. Through this system you have a great deal of control over the way your nation evolves… and indeed how its perceived by is neighbours.

In other 4X games – titles such as Europa Universalis – the complexity of all these systems becomes overwhelming for new players. Civilization VI, however, escapes that, with clear, efficient tutorials to help get the newest players adjusted, and helpful little suggestions on what to build next, what science would be best to research, and so on. These tips and suggestions can slowly be ignored as players become more confident with the game, and it makes Civilization VI the most perfect introduction to strategy on the grandest scale for people may have felt other games to be a little overwhelming in the past. I can’t emphasise this enough – you can pick up and enjoy Civilization VI without having ever played a strategy game before. It is as accessible as games come. 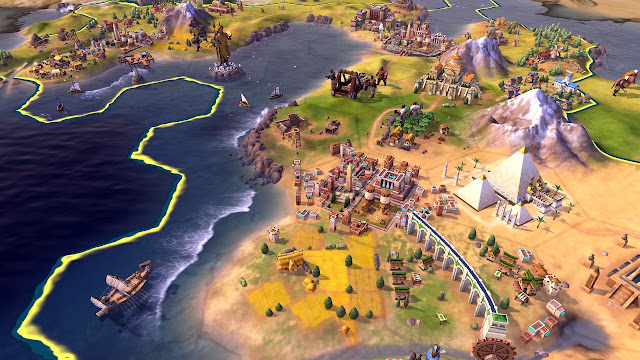 Civilization VI runs beautifully on the Switch. I can’t compare to the PC version (having not played that), but once you get through an initial lengthy load, after starting a new game or loading up an existing one, it runs seamlessly and without a hitch. Menus are presented clearly, the interface works cleanly with buttons or touch screen (if playing in handheld), and even later on in the game, where there’s a huge number of things going on at once, I never encountered slowdown.

Related reading: A retro reflections, looking back at Civilization 2

I already know that this will be my most-played game on the Switch over the longer term. Once you start playing Civilization, it has the most incredible ability to make you lose all sense of time, and desire to play anything else. I was marginally worried about whether the port to the Switch would result in too many compromises, but there have been none and, for the first time since Civilization 2 from way back on the PlayStation, we have a proper Civilization title on console. That’s something special.