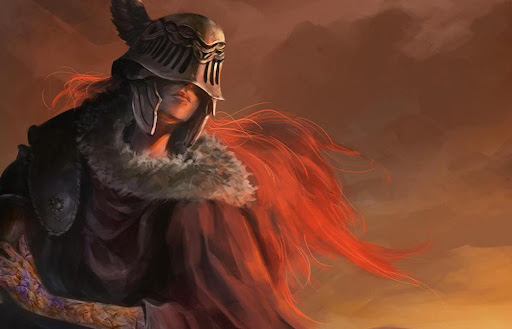 Dark Souls was one of those rare things; not only was it an excellent game, but it also entered the lexicon. “The Dark Souls of XXXX” became a  favoured turn of phrases for anyone who was stretching to describe a particularly challenging example of a genre or game series. Dark Souls almost singlehandedly redefined “difficult gaming” away from arcades and to the RPG (of all things), and it stands testament to the difficulty of achieving what FromSoftware did that relatively few other developers have even tried to copy their incredibly popular, profitable thing. FromSoftware itself has caught lightning a couple of times, with Bloodborne and Sekiro both having their adherents, but otherwise, you’re only really looking at Koei Tecmo’s Nioh titles as being even in the same ballpark as FromSoftware’s work.

With that in context, here’s the thing with Elden Ring: I’m not sure it’s going to be what FromSoftware and its fans want it to be. Elden Ring is a return to the Euro dark fantasy/gothic of Dark Souls, and it even has the legendary George R. R. Martin attached to it. The dude can’t be bothered finishing those books that we keep waiting for him to finish, but sure, off he goes to play game developer for a bit (FOCUS, GEORGE). The point here is that the level of anticipation for this game is almost unprecedented, and as such, Elden Ring needed to be the Dark Souls of Dark Souls. From my time with the Network Test, I really do wonder about that.

Now, before anyone gets all git gud at me in the comments, here are the disclaimers: I don’t believe the Network Test is in any way indicative of what the experience of the whole thing will be. After all, you catch barely a whiff of the narrative within what you get access to here, and narrative, as obtuse as it is, is everything to the depth of the Souls experience. Furthermore, despite my pondering, I had a really good time with this. My concern is whether Elden Ring may or may not quite live up to the qualities of what I loved in Dark Souls. What I am not concerned with is whether it will be an excellent, worthy experience in its own right. Finally, the stuff I found myself concerned with is stuff that AAA-blockbuster developers put in every one of their games for a reason, so I’m fully cognizant of the fact that my concerns will not be mainstream concerns. 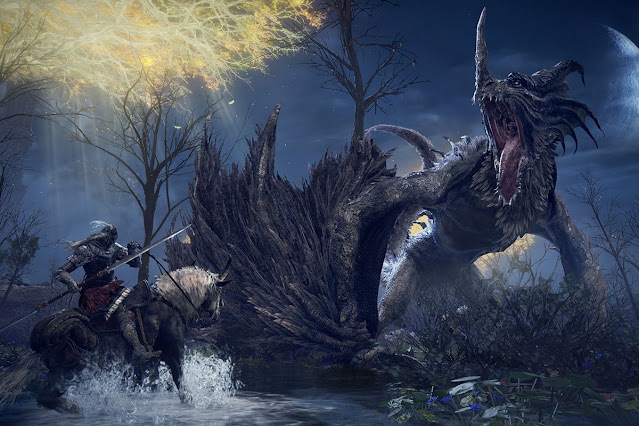 Were I to be asked to score the Network Test, assuming that what’s in it is representative of the whole game, I’d be tossing up between a 4.5/5 and 5/5. It’s that good. But it’s also not the immediate 5/5 that I’ve stuck on the Dark Souls games, and the reasons for that are simple:

Firstly, I don’t like the open world. It’s not Elden Ring’s fault, because I don’t like any open world, but Elden Ring hasn’t succeeded in turning me around so far. I do like galloping around on the back of the spirit steed, though it’s unfortunate that they didn’t call him “Sorrow” and make the easy Nick Cave reference that this guy deserves. However, horseplay aside, what I loved about Dark Souls was the labyrinthine design. The intricate pathways, loops, and shortcuts, as well as the ability to be an active participant in the design of these loops by being able to place ladders, blow holes in walls, and otherwise make your reward for progress a quick escape to safer areas. Dark Souls was non-linear, but not precisely open, and it felt like one of the greatest designed Dungeons & Dragons labyrinths ever in the way it did that, as the play between those two qualities made it distinctive and vibrant.

Elden Ring has dungeon areas, but this is a more “hub and spokes”-like experience, with the open world being a pretty vast place to explore in itself. There are some neat qualities to this, like being able to avoid some tougher battles until you’re more confident in taking them on. For example, right at the very start, there’s a knight marching on the first bit of road you come across. Attack him, and you’ll probably be creamed, but if you circle around him, you can fight through some areas of goons, access a shop, and generally prepare yourself better for the confrontation. I did like that, but the open world itself felt as arbitrary as most open worlds feel to me. As a game design element I simply find that it sacrifices the intricate for the grand. With Dark Souls, I always found myself drawn to the intricacies. 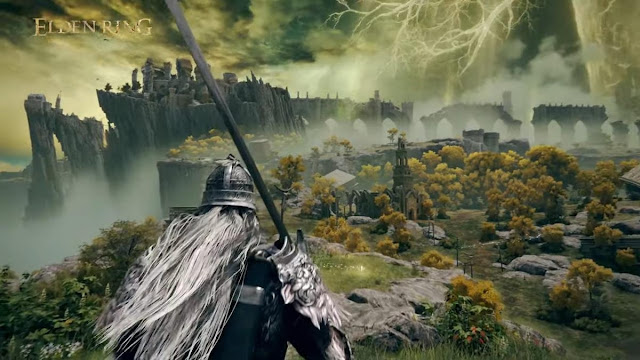 In Elden Ring, I also found myself collecting resources, with the promise that I’ll be doing a lot of crafting, hammering and baking in the full game. This… well this really aggravated me. Who the heck thought Dark Souls would be improved if it were just filled with bushes and you needed to run around collecting umpteen berries as ingredients to use to bake a performance-enhancing snack? At best, Elden Ring’s resource system will throw so many resources at the players so readily that the system itself was pointless. In a worst-case scenario, it’s going to be a pace-killing feature that seems to have been thrown into a game for the sake of best-practice popular content, and I very much saw red the first time I was told to keep an eye out for the berry trees. Given the difficulty of Souls games, I’m not even sure the crafting stuff will be avoidable like it is in less out-and-out difficult games, and that too disappoints me. Especially if I also have to play wildlife hunter for these resources. I hate non-optional hunting systems.

The rest of Elden Ring has all the potential in the world. In my very first run I stupidly figured I’d throw my summoning light down and get into a bit of co-op to dip my toe into the water. I immediately landed in the game of a guy that was tackling the dragon boss. I didn’t last long, though the fight was spectacular, and that loss made me determined to come back better and more prepared next time, in a way that is almost unique to FromSoftware. Usually, I’m more than happy to just throw my hands in the air at bosses that annoy me. Not these games, though. Not Elden Ring.

I’m also fascinated with the potential for there to be more life in this game. One of the first areas that you’ll spend a fair chunk of time in is a camp filled with very real human opponents. Not dead monsters, but rather people, and while they weren’t in any better mood to chat than the Dark Soul zombie-things, there is still the chance that Elden Ring could end up being more chatty in its fantasy, and that could lend it a different texture to its predecessors. This could also be the work of Mr. Martin, too, given that George is best known for the way he depicts people interacting with one another, not the fantasy universes he creates around them. Perhaps this was his role on this project, even if we didn’t see that much of it at play from the Network Test. 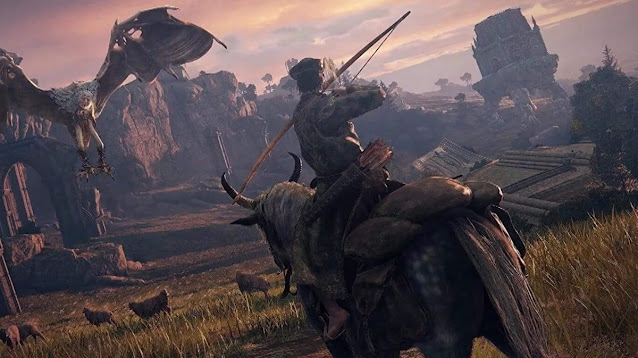 The deep potential for the game doesn’t finish there, either. There’s the day-night cycle, which I didn’t get a sense of but love the potential for it to mess with players in a big way, and there’s also the big giant Yggdrasil-like tree that dominates the field of vision for an entire compass point. Who knows the extent of what that thing will do, but it will, no doubt, be incredible. There’s more than enough mystery in Elden Ring that I’ve barely got a sense of from this Network Test.

Finally, I do want to comment on how absolutely gorgeous everything is. There’s a lushness to the world of Elden Ring that, as dark as it is, also lifts the spirit as you play. In fact, the game is almost deceptive at times – that knight that smooshed me so readily when I first played barely seems like an enemy from a distance, as you watch him patrol his little bit of road. The scene looks like something that could have come out of an Arthurian legend rather than a straight-up gothic nightmare. And, sure, the dragon is an obvious threat, as dragons always are, but there’s a subtle serenity in the lead-up to these battles that distinguishes Elden Ring from the pure melancholia of its immediate peers. It will be interesting to see if it holds on to that subtle and nuanced point of differentiation throughout.

So while I’m sure the comments section is about to fill up with people yelling at me for hating on a game that I’m very excited for (I even played Hellpoint, folks, I love this genre enough to play the absolute worst of them), I do want to reiterate that I still have absolute confidence that Elden Ring is going to be a magnificent thing, and that the stuff I love in FromSoftware’s work wasn’t ever going to be made clear over the course of a glorified demo. At the same time, though, I’d be remiss if I didn’t highlight that Elden Ring does stand at odds with some of the qualities that made its predecessors so evocative. Or to summarise this little (and by no means final) hands-on bluntly: loved the dragon and the gold knight of doom, but I really didn’t expect to be running around a big open world picking berries in a FromSoftware game.

My Powkiddy X18S has arrived and I’ll get a lot of play out of this!