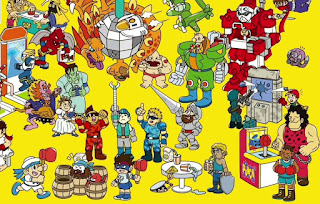 There’s no point in reviewing Capcom Arcade Stadium, since you can download it for free for yourself, and it comes with a free game. Play that, and if you like the quality of the emulation and the features (you should, they’re excellent) you can subsequently buy packs of additional titles. There’s a sheer wealth of content in Capcom Arcade Stadium that makes for an intimidating upfront cost if you’re going to buy it all, but you can make the purchases in smaller chunks, and because the “packs” of games are roughly aligned in theme, you can avoid the ones that don’t match your favourite kind of arcade titles.

Rather than review the thing, then, I’ll talk briefly about how Capcom Arcade Stadium works, both as a celebration of Capcom’s storied history in the arcades, and a superior approach to these “retro compilations” that have been in such vogue over the last few years. Everyone has done them – SNK, SEGA, Konami, Bandai Namco, Square Enix, Capcom themselves – and the idea of gathering together a “all-hits” collection of beloved classics has got a lot of appeal. If you grew up with those games you can indulge some nostalgia for them. If you weren’t around (or weren’t hanging out at the arcade at the time they were new) then these collections are the best (legal) opportunity you have to experience the classics.

However, as a body of work, arcade titles come across as that much more impressive and weighty when presented as a “collection” in some way. By adopting the aesthetic of a classic arcade, Capcom’s Arcade Stadium reminds players that an arcade could be filled with titles from just this one company, and it would be a worthwhile day out. With arcades themselves soon to be relegated to the pages of history, a virtual “walk” from machine to machine might seem like an indulgent UI decision, and a less-efficient contrivance in comparison to the elegance of a simple menu, but it also adds a sense of physicality and weight to actually selecting a game to play. It’s a virtualisation of the act of having a $0.20 or $1 coin (arcades got expensive in Australia right at the end), and carefully moving from machine to machine to work out what you wanted to play. Of course, with Capcom Arcade Stadium the credits are endless and free once you’ve purchased the game, and the only ongoing cost is to your time, but in a subtle way the weight of that decision of what to play has been retained. 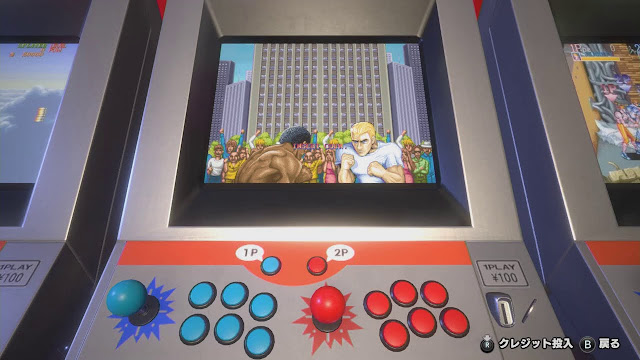 By contrast, most of the other retro compilations feel dry. I’ll use the Space Invaders Collection as an example. You simply navigate a menu to reach the game you want to play, and while it’s perfectly efficient, it’s also too functional, and too lacking in an understanding that these days it’s the experience of playing Space Invaders that’s important, moreso than what the game itself offers. I love that Collection, because I love Space Invaders, but it’s not the celebration of my most beloved arcade games like Capcom Arcade Stadium is. Things get even worse with Konami’s retro compilations. Taken in isolation, they are excellent packages of great classics, but if I wanted to play Haunted Castle (the arcade “Castlevania”), and then, say, Castlevania IV, back-to-back, I actually need to open one application for a run at Haunted Castle, and then close it and open another one for Castlevania IV, because those two games have been preserved in different compilation packages.

Capcom Arcade Stadium instead behaves like a “hub”, with a broad range of games that in other circumstances would surely be split across three (if not more) individual packs of games. Combined with the UI it can almost be a pain to navigate, but again it preserves the library in such a way that it feels like something comprehensive and weighty.

At the same time, these retro compilation developers do seem to understand that the modern player is different, and have added in conveniences to make it more comfortable to play these games. I’ve always loved seeing the different ways that developers approach these challenges – SNK’s collection allows you to allow a perfect AI to take over for the bits you find most difficult, for example, while Nintendo’s own retro collections that are offered to online subscribers allow players to play around with instant save states and reloads whenever suits. Capcom’s solution with the Arcade Stadium is perhaps the most elegant. A simple button press instantly starts to re-wind the action. You can rewind it as far back as you need to avoid the mistake you just made, and then play on. You still get the experience and satisfaction of making it through the challenge on your own terms and ability, without having the frustration that came with old arcade games and the need to replay the whole thing just to try your hand at the difficult bit after the “Game Over” screen. 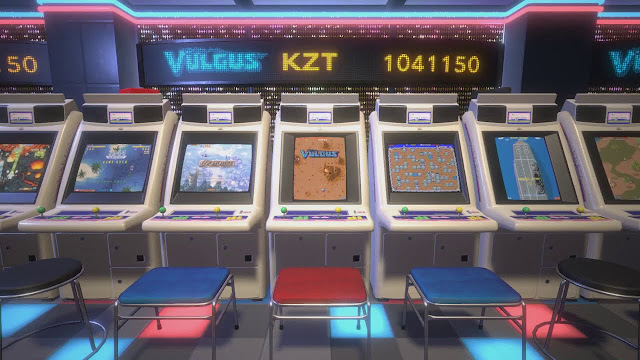 What I will say is disappointing with Capcom Arcade Stadium – and indeed most of these other retro collections – is the lack of bonus material. Where are the little interviews with developers, or galleries of production art? Where are the scans of old advertisements or magazine articles? The games industry has, historically, been horrible at archiving its history, and while these compilations do show a capacity and approximate interest in preserving the games themselves (or, at least, the games that the publisher still reckons there’s some money in), there is so much content out there that is worth preserving around these games, and I don’t think developers are entirely cognizant of that right now. When I was at a Dragon Quest anniversary exhibition a few years ago, the biggest crowd in the entire exhibition was in the room where they were displaying the grid paper that the original game designers used to map out the dungeon layouts, or the hand-written sheet music for the score. You would think that developers seeking to preserve the history of video games would appreciate the intrinsic value of these artifacts, and scan them into the collection for the benefit of the history-minded players.

That criticism aside, Capcom enjoys a particular advantage when it comes to old titles – Capcom had a major play in just about every genre that ever appeared in the arcades. Capcom’s arcade platformers (Ghosts ‘n Goblins), vertical shooters (1941), side-scrolling brawlers (Dynasty Wars), Fighting Games (Street Fighter), and so on have all been rightfully celebrated. Giving players the ability to have all of that within the one “hub” library application is a heck of a thing to just drop on players, and yet that’s exactly what happened last week with that Nintendo Direct.