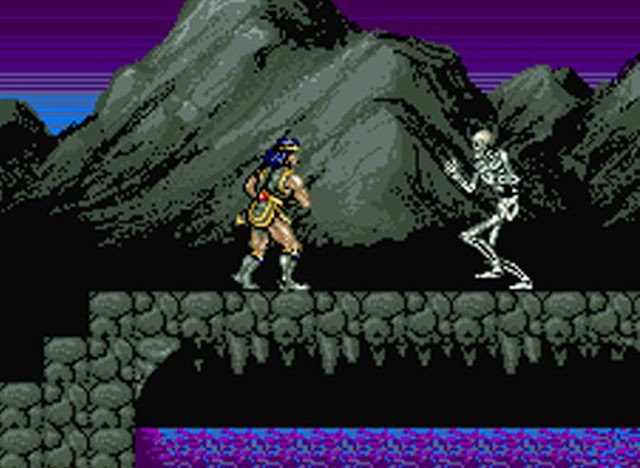 I bought Arcade Classics Anniversary Collection – a compilation of some of Konami’s classic arcade releases (circa 1981 though 1988) for one game alone: Haunted Castle. The arcade take on Castlevania is brutal, brilliant, and an absolute masterpiece of classic arcade platforming action. Sadly, as good as Haunted Castle is, the rest of this collection is so very flat in comparison to some of the other recent retro compilations that we’ve seen.

Konami’s arcade pedigree is truly something incredible. In addition to Haunted Castle, the publisher is responsible for such classics as Frogger, Track & Field, Konami GT, Blades of Steel, Mr. Goemon, Super Contra, Dark Adventure, and many others – and this is just counting releases from the time frame that the Arcade Classics Anniversary Collection covers. The company has further arcade hits on either side of those dates.

In other words, Konami was an arcade publisher that worked across sports, racing, platformers, action-adventure, and whatever unique genre Frogger belongs to. We’ve seen in other retro compilations, such as SNK’s package, the SEGA Mega Drive Classics release, or the mini-console hardware releases that people enjoy a bit of variety in their retro compilations. Something that acts as a virtual museum of the publisher’s heritage. Konami certainly has that heritage in its own right to do something like that.

Unfortunately, Arcade Classics Anniversary Collection features Haunted Castle, and a handful of variations of either side-scrolling or vertical-scrolling space ship shoot-em-ups. That’s it. There’s next to no genre variety in this package. That’s not to say the games that are in there are necessarily poor. One is TwinBee, and anyone who doesn’t like TwinBee has serious taste issues. Another title is 1981’s Scramble, which does a good job of demonstrating the formative years of the side-scrolling shooter. At the other end of the timeline is Thunder Cross, from 1988, which shows a standard of animation and visual creativity that is impressive to this day.

So the issue with Arcade Classics Anniversary Collection isn’t so much the quality of any individual title. It’s the lack of inspiration in choices across the collection. Capcom got away with limited range in its Street Fighter and Beat ’em Up collections because those were designed around a narrow theme, and in both cases the extras and bonus features really contributed to sense of respect that is palpable in the respective packages. Konami’s effort is meant to represent the breadth of the company (else why would Haunted Castle be there with the shooters), but ends up being far too one-note. Furthermore, the heritage side of the package is severely limited, because aside from a reasonable digital booklet, there’s nothing in there to celebrate the history of Konami.

Moving over to the feature set, you get a standard set of display options, allowing you to emulated the look of a CRT monitor, if you prefer, or play with the cleaner lines that modern displays allow. You can also play with the original screen ratio, or stretch the game so that it fills the modern widescreen. There’s also some simple difficulty options, that allow you to make the (very difficult) original games a little more accessible if you’re not as familiar with arcade action (or simply rusty). 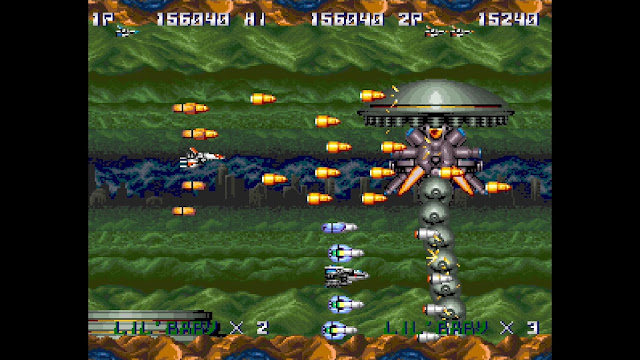 Those features are nice enough, and should be standard in arcade compilations, but then I look at what SNK did with its own collection. In that package you’re able to unwind the action at any time, or allow the computer AI to take over with a perfect run if there’s a point that you need to practice (rewind away), or simply too difficult (let the AI get you through the boss). Those features help people experience the entire game on offer, which is a great touch considering the difficulty of these things generally means that people will get stuck on the first level. After all, who has the time to actually master (or re-master) Haunted Castle now?

The result of all of this is a highly limited package that doesn’t do Konami any favours. For a company to have such an incredible heritage – including two of the most influential games of all time in Frogger and Track & Field – and then to ignore all of that for a range of early era SHMUPs (and one platformer) that few will remember is bemusing, to say the least. There is some limited appeal in there for people who are fans of the one particular genre, but even then, the package does a very barebones job of celebrating that.

I do think the Castlevania retro collection that Konami has coming soon will do a better job. Focused as it is on a single, more mainstream franchise should help elevate it in the same way the Street Fighter collection was elevated by the sheer quality and consistency of the brand. Haunted Castle would have been more fitting in that collection, though. Konami really does make some odd choices at times.

Idea Factory to localise Azur Lane: Crosswave to the west