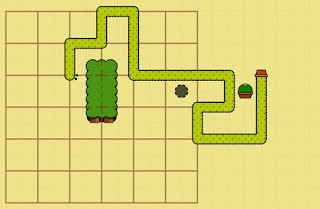 Interview by Matt S.
It always does my heart good to see an independent developer from Australia be able to break out and create something, and that’s exactly what Mischka Kamener from Melbourne has been able to do. In just a day or two Kamener will release Room To Grow, which looks like a lovely little puzzle game with a strong concept and fun aesthetic.
This is Kamener’s first commercial project, so I was interested to hear what he has learned from the process, why a puzzle game would be his first effort, and what might be in the future for him.

We’ll have a review of Room To Grow soon enough too, so stay tuned for that!

Matt S: Where did the idea for Room To Grow come from?
Mischka K: It started off completely abstract, without the cactus theme. I had been prototyping some puzzle games, but nothing felt very fun. But one day I was lying in bed and the idea of a line extending along a grid that pushes itself back when it moves against a wall just sort of came to me, and I knew it was something really different and interesting.

Although lots of things have changed and I developed the ideas further, the core mechanics of the game (growing longer and pushing against walls) as well as the mechanics found in the desert puzzles, are largely unchanged from what I was imagining on that day.


Matt S: I see that this is your first game (at least on Steam) – what were the key learnings that you’ve taken from this experience?
Mischka K: Room to Grow is the first game that I’ve commercialised, and in doing so I’ve learned a lot about what is involved in bringing a game to market. I think the key learning for me is that marketing is hard, it takes up a lot of time, and you need to be thinking about it from the start of development. Things like testing your marketing efforts and analysing the results, refining your pitches and assets, and finding your audience all really need to happen concurrently with development. And doing that largely by yourself is a lot of work!

Matt S: What do you think are the greatest challenges in working as an “indie”?
Mischka K: For me, it was working largely by myself. I didn’t have someone else jointly invested in the game who knew the full context and I could easily bounce ideas with. I worked with Romain Rope to create the sound effects and music which was fantastic – but beyond that, I needed to constantly review my own work and ensure I frequently took a step back to make sure I wasn’t getting tunnel vision.

Matt S: Did you have any particular players in mind with Room To Grow – are you targeting any particular demographics?
Mischka K: I’d say I’ve made this game for people who love challenging themselves with puzzles. I love the excitement of uncovering a new set of puzzle mechanics for the first time, and in particular, the moment when you discover a new way that you can use them. A puzzle seems impossible at first, but then something clicks and you realise something you can do that you hadn’t tried before. I’ve tried to design the game and the puzzles to deliver those moments as much as possible, in a way that is satisfying to the player rather than a frustrating experience. 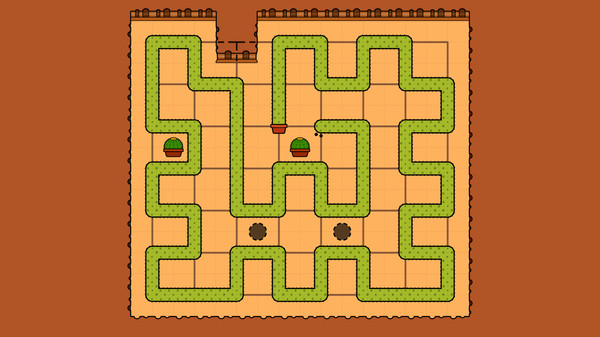 Matt S: I can only imagine that puzzle games must be a nightmare to test and balance – you want to challenge players without upsetting them and so on. How did you strike that balance with Room To Grow?
Mischka K: This is probably the hardest part of creating a puzzle game in my opinion. Watching playtesters is incredibly valuable. I spent a lot of time early in development observing players in person. Later when COVID-19 started taking hold of the world and that was no longer possible, I asked playtesters to send through videos instead. One focus of mine was things that players found difficult or unintuitive. I then tried to make puzzles that concentrated on those aspects to try to “teach” them to the player. It isn’t a perfect approach, but I created a lot of interesting and focused puzzles from doing that.

Matt S: What does success look like to you? I mean we all want to sell a million copies of games, but more realistically, at what point will you sit back and think to yourself that you’ve hit the nail on the head?
Mischka K: My goal in making this game was to leave a lasting impression on players, something that sticks with them. If I see players talking about their experience with Room to Grow months or years after they played it, I would have achieved that goal.

Matt S: As we all know, Melbourne is by far the most supportive environment for game developers in Australia. How have you found the community down there, and was that important to the development of Room To Grow?
Mischka K: I was never really active in the Melbourne game scene, and I decided to change that around the end of 2019. But unfortunately, it wasn’t long until all in-person events were closed down which made it harder to connect with people. Instead I ended up spending much more time connecting with people all over the world. There is a great open puzzle game discord community called “thinky puzzle games”, created by Alan Hazelden (who publishes games under Draknek). The people there have been incredibly supportive in the development of Room to Grow – many of the playtesters who volunteered their time and advice, I met from that community. 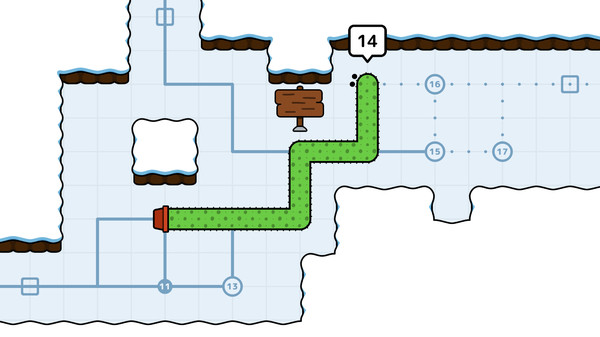 Matt S: Are puzzle games your great love, or would you like to work with some other genres down the track?
Mischka K: I love puzzle games – especially ones that you can take at your own pace, that give you freedom and space to think, and that challenge you to come up with new ideas and approaches with the tools at your disposal. But with that said, I play games of all types of genres, I would love to try something different at some stage. Although even if I do, I’ll probably try to take some of those puzzle game qualities that I love along with me.

Matt S: Finally, can you tell me which three games have been the greatest inspiration to you, and why?
Mischka K: For Room to Grow, my biggest inspirations have been Baba is You and The Witness. Not only do these games have brilliant and entertaining puzzles as their core gameplay, but over time they break the assumptions you had made about the world in a way that is consistent with the rules it has taught you. To me, that is what made those games really special.

Katamari Damacy has probably been the greatest inspiration for me as a game developer. It is just pure joy and playful fun, captured in a way that can only be done in a video game.