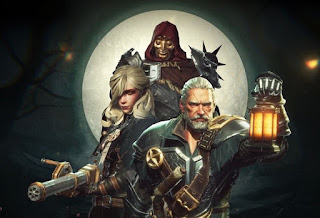 I don’t follow mobile gaming that closely these days, so I don’t know what kind of reputation Pascal’s Wager has, but this previously exclusive game to iOS and Android is getting a release on PC as Pascal’s Wager: Definitive Edition, and it does look good.

It will release on March 12, and the PC version comes with all the games additional content, including the major expansion “The Tides of Oblivion,” a new mode titles “Into the Dark Mist,” and bonus outfits “Sleeping Beauty” for Benita, “Initiation Rite” for Viola, and “Herald” for Terrence.

As you’ll see from the trailer below, there’s more than a whiff of Dark Souls about the thing, in the way that the action moves and the intimidating stature of many of the enemies. However, the PC version will apparently have a “casual” mode too… so perhaps it might be seeking to fill the role of the introductory Souls-like? Either way, I’m intrigued to find out more about this game

On making an visual novel about dating cute ghosts