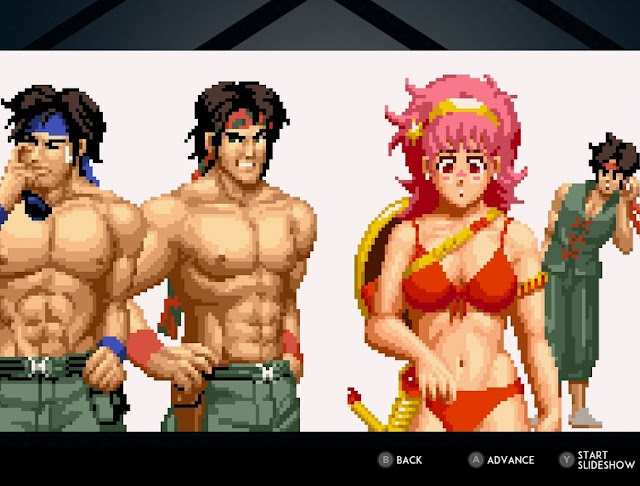 It has been a big year for retro collections on Nintendo Switch. Capcom’s weighed in with two excellent ones (Street Fighter collection and the Beat ’em Up Bundle), SEGA’s got a pack of a huge pile of its classics on the horizon, and Nintendo’s paid online subscription gives players a library of classic NES games to work through. In comparison to those collections the SNK 40th Anniversary Collection feels a little like the B-tier, but for the hardcore retro arcade fan, the sheer effort that has gone into the collection makes it well worthwhile.

The biggest problem with the SNK collection is that the features and presentation is actually more noteworthy and interesting than the games themselves. Just to reel off some of the really neat features that you’ll find in this collection:

Firstly, there’s the ability to watch a perfect run of any of the games in the collection. These runs were constructed using the assist tools to show players how to get through the game quickly and effectively. This feature offers two benefits; firstly, if you struggle at any of the games, you can see see it what happens at the end. Secondly, you can actually jump in and take control of these runs at any point, so if you struggle at a boss, for example, you can get the simulation to skip through it for you. 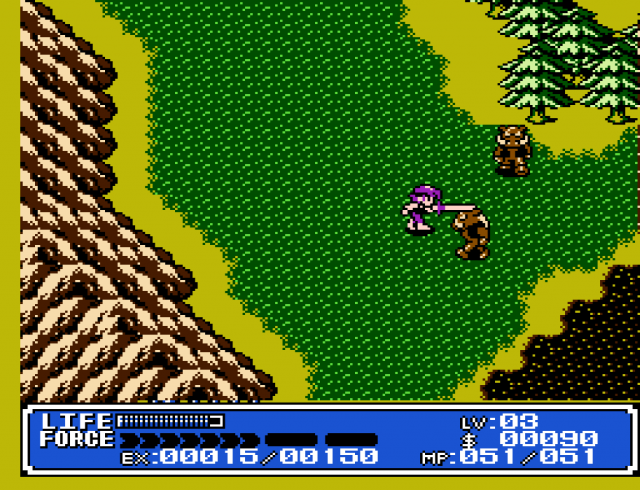 Secondly, there are rewind features for each of the games. Again, SNK arcade titles were difficult, even by the standards of arcade games, and, rather than let you get frustrated with the games and give up on them, you’ve instead got the option to rewind and retry areas of stages as many times as you like until you’ve mastered them. It’s a great tool for helping you “train” yourself to the point where you can complete the game without assists.

Thirdly, you get to play each version of the game; so both arcade and console port, where applicable (or just the arcade or console version, if not). And, additionally, you can switch between the Japanese and western releases. I really enjoyed comparing the arcade version to the watered-down versions that appeared on those early consoles – it was interesting to directly compare how the developers managed weaker hardware or fewer buttons. Back in those days programmers were geniuses in making magic happen from mere bytes of data, and it’s fascinating to see how these developers could get creative under such extreme limitations.

There’s also a useful museum section, which gives you a timeline of SNK’s early days, as well as pages of data, historical information, and art from those games. As someone who wasn’t that interested in SNK back in those days, I found this crash course in catch-up history to be immensely useful in appreciating the company and its heritage more.

SNK was making art long before anyone. #NintendoSwitch pic.twitter.com/K1JA2irgAI

— High priest of the Church of Hatsune Miku (@DigitallyDownld) November 6, 2018

There are other neat little features added in as well, such as the ability to save mid-game, or shift orientation when playing in handheld mode so the Switch screen is in portrait, which more closely emulates the design of many of those early titles. The team responsible for this package has done absolutely everything that they can to ensure that it’s a love letter to the heritage of SNK, and that it’s as comprehensive as a “museum” as it is a video game collection, and the 40th Anniversary Collection is a triumph at that.

Unfortunately, the big problem that the 40th Anniversary Collection has is that the games themselves are nowhere near as interesting as the classics included in other retro packs. The NES collection has Mario Bros. 3 – the greatest platformer of all time. The SEGA package has multiple Phantasy Star games, to say nothing of the platformers and other action titles that SEGA was best known for. Capcom’s Street Fighter collection has… well, a bunch of different Street Fighters. The Beat ’em Up bundle has Knights of the Round, which is by far the best brawler ever (I’m planting my flag in that particular hill, I assure you).

By contrast, the SNK 40th Anniversary Collection counts as its highlights three titles in the Ikari Warriors series, Alpha Mission, Street Smart, P.O.W, and Vanguard. These are fun enough as a mix of scrolling shooters and brawlers, but they’re also not in the league of their respect genre’s greatest. SNK really hit its stride with fighting games and the like later on its history, post Neo Geo, and it’s unfortunate that the golden era of the company’s history isn’t reflected here. 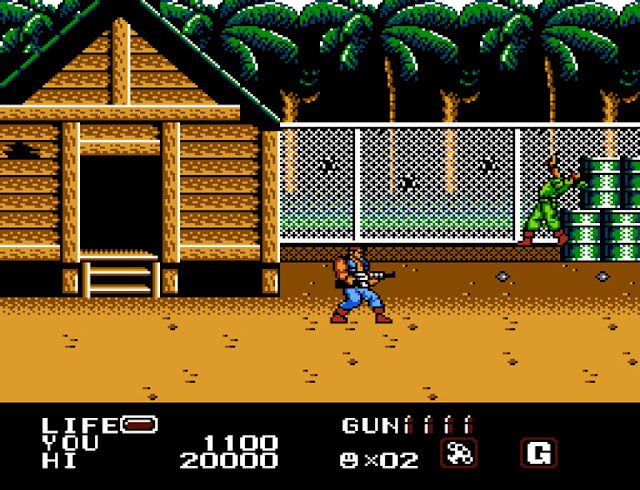 There are two exceptions to the above. The first is Athena, a side-scrolling game with non-linear level design and a stronger sense of character and worldbuilding than many of its stablemates. It’s perhaps best known for being an early example of a video game company leveraging a swimsuit to shift copies (Athena starts out wearing nothing but a red bikini, and so much of the game’s promo art focuses on that), but it’s also a genuinely glorious and epic adventure that is right up there with its thematic contemporaries such as Castlevania and the early Metroids.

The other one is Crystalis – an action JRPG that deserved to become a much bigger franchise than it ever did. This is a gloriously huge adventure that plays a little like the early Ys entries, only with a lot more depth to the storytelling and gameplay. SNK’s foray into genres that are incompatible with arcade action didn’t last long, but Crystalis is the one game in the package that you could carve out as an individual release and still sell it today.

In addition to the base package, NISA will release another 11 games to add in to the SNK 40th Anniversary Collection as DLC, for free. So, a couple of weeks down the track, the package will actually have doubled in scope. But, again, when they’re titles like Beast Busters, Ozma Wars, Paddle Mania, Fantasy and Sasuke Vs. Commander, you’re looking at a library of classic mild curiosities, but not games that are going to be memorable to some incredibly small circles of arcade fans.

I was not made to play arcade games #NintendoSwitch pic.twitter.com/alDp8v8DQZ

— High priest of the Church of Hatsune Miku (@DigitallyDownld) November 6, 2018

So, on the one hand, the SNK 40th Anniversary Collection is a gloriously comprehensive and detailed library of classic games. More that just being able to play the games, this package lets you tweak them and enjoy them on your own terms, no matter how challenging that you find them. Coupled with the museum feature, it’s a fine contribution to the archiving, heritage, and history of games. On the other hand, there aren’t that many titles in the library that I’ll ever want to play more than a few times out of curiosity.

I can see myself replaying Crystalis at some point, and working at Athena until I do finally beat it, but for this collection to be really worth the price of admission, SNK needed to dip into its more recent history, and particularly the fighting game genre, where the company has a genuine leadership position. It didn’t do that, so it’s hard to shake the impression that you’d be better off with a couple of the dozens of Neo Geo Classics that are available as individual purchases on Switch.