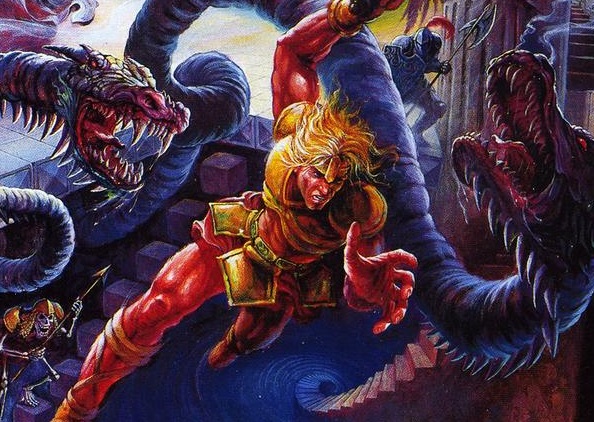 The first Konami Anniversary collection was a bit of a bust, offering a collection of classic games which were a little too obscure and one-note for their own good. Konami and development partner M2 have come good this time around, though. Castlevania Anniversary Collection is a perfectly competent celebration of the genesis of one of the most beloved franchises.

This collection is a celebration of that first era, and with the exception of Castlevania II (which did have JRPG elements), each title is a straight-up platformer. Still, there’s a good variety of aesthetics and approaches in there. Starting at the NES original, before moving through two of the Game Boy titles, and finishing up with the SNES “remake” of the original, which is the final, and most modern “classical” Castlevania, there’s a real sense of heritage spread across the collection.

The fast forward replay feature is such a nice touch #NintendoSwitch pic.twitter.com/FSuKDnD7Kv

I know a number of people were disappointed by the lack of Metroidvania stuff, but I actually think the focus of the collection works as a nostalgic celebration of where Castlevania came from. Furthermore, the consistency from one title to the next gives the collection a distinctive sense of purpose and theme. I remember that the very first video game I ever bought with my own money was Castlevania Legends on the Game Boy. I’d saved up for weeks for “a Game Boy game,” without really knowing what I would get. Back then, the Internet wasn’t really a resource for video game news, and I was saving up for a game, so buying magazines were out too. I also lived in an area that didn’t have video game shops, so I gave my father the money and asked him to buy me a game. He knew I was interested in fantasy, and the Castlevania: The Adventure cover looked good to him, so that’s what I got to play when he returned from his job in the city. I loved it and played it to death.

Obviously I can see its weaknesses now, but back then it was a magical experience within my tiny collection of games. Really, this Anniversary Collection is for people like me, with those kinds of memories of their time with one classic Castlevania or another. As an added bonus there’s Kid Dracula, a NES title that was not previously released in English, but otherwise this is not a collection that’s going to offer much of anything to the more casual Castlevania fan who may have played one or two of these titles and never felt the need to return to them.

For the nostalgic, there are some staggeringly-good bonus features. One is a comprehensive digital booklet that is filled with interesting tidbits of information, interviews, and bits of trivia. Where I found the digital booklet in the last Konami collection to be a bit shallow, I’d say that this one is up with the best I’ve seen across the many retro compilations we’ve had over the last couple of years. It’s certainly the most informative. 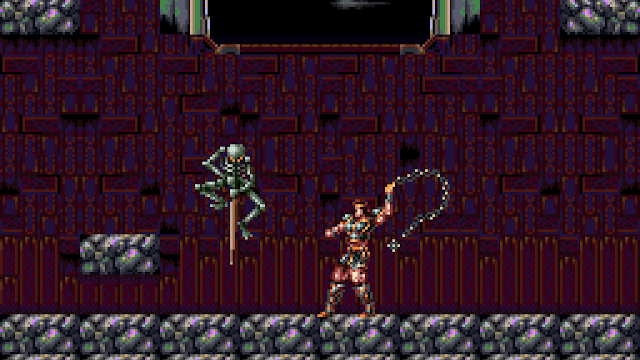 The other really cool feature is the ability to save replays of your runs through the games. The most consistent quality across all the early Castlevania Titles is how hard they all are. Being able to save your best runs to replay later is a nice touch, made even better by the ability to speed those runs up so they look like kind of “time lapse” videos. Everything looks impressive when it’s playing out at 20x normal speed. Even the failures.

For all the good there are also issues with the feature-set of the collection. For example, being able to save and reload your way through hard sections is nice, but the lack of a button re-map option is not. Additionally, being able to watch replays is nice, but a “perfect run” video that you can jump into at any point, like what the SNK collection offered, would have been even nicer. Despite this, there’s enough “bonus stuff” in Castlevania Anniversary Collection to show that the developers cared about what they were doing. That sense of respect for the property certainly helps the perception of its overall quality.

The biggest issue with the collection is that there are important titles missing from it, given that the goal of the package was to give players the full gamut of pre-Symphony of the Night Castlevania action. Haunted Castle – the arcade Castlevania – would have been so much more appropriate in this collection than the other Konami classics package. Similarly there was a Game & Watch-like handheld Castlevania that would have been nice to emulate, given how rare that is today. There was also a third Game Boy title – Castlevania Legends – that is conspicuous in its absence here. Finally, there’s Castlevania The Adventure ReBirth, a full remake of the Game Boy original for the Nintendo Wii, which fixed all its issues while retaining its core. It would have been nice to have these titles as well, in order to make the collection genuinely feel complete.

The emulation of each title is handled nicely, however there are times where there are flickering sprites in the NES titles, or stuttering frame rates in the Game Boy titles, where I almost wonder if there’s an argument to do away with authenticity to release the ideal vision of the titles. Castlevania games traditionally did push boundaries beyond what the hardware was fully capable of, and while they are all good quality games, those little irritations can be removed in this day and age. At the same time I can appreciate the argument for keeping the experience as people remembered, so this isn’t a deal breaker as far as I’m concerned.

Castlevania Anniversary Collection is an excellent, high quality retro collection. It is of a collection where too many of the games don’t hold enough value beyond their nostalgia, and it’s lacking titles I would have considered to be key. However, with a great set of features, and plenty of classic dark fantasy platforming, this package is a useful reminder of just how prestigious the entire franchise really is.

A book about Japan that you should read: Japan Story