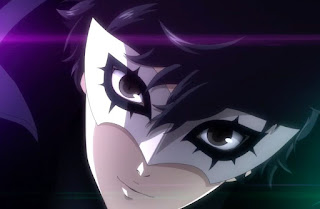 The defining quality of any of the titles in the Persona series is the characters. The turn-based combat is engaging enough, as is the dungeon crawling, but it’s the cast, their relationships, and the dramas – both hilarious and tragic – that really draws the player into the experience and holds them there. Initially, I was concerned that Persona 5 Strikers was going to overlook all of that to instead be one of Koei Tecmo’s Warriors spin-offs, and offer up a truncated story that serves little purpose other than to connect up the combat bits.

In that context, just imagine how surprised I was with what Persona 5 Strikers turned out to be.

Persona 5 Strikers is a Persona game. It’s not produced quite as slickly as Persona 5 itself, but it offers the same elements and qualities that made Persona 5 so enjoyable. Most critically, that means that it has a great cast of characters that bounce off one another really well. The start of Persona 5 is a reunion, as old friends get together to enjoy a summer holiday together. They’ve all moved on from events in Persona 5 proper; they’re still close, but separated, and all see the opportunity to get back together as a chance for old-times fun.

Of course, that wasn’t to work out in quite the way that they were hoping for, and before they know it, they’re all dragged back into the alternate universe where monsters prowl and they need to “capture treasures” in this realm to change the “hearts” of people gone bad in the “real” world. Rather than tread existing ground all over again, Strikers does do things to gently subvert and play on its predecessor (none of which I’ll give away here, because spoilers and so on), but the point here is that the game does “feel” like a native continuation of Persona 5, rather than a completely separate project. Right up until the point where you fight things, you could be forgiven for thinking that you’re playing a direct sequel by the same development team. As an added bonus, the world of Persona 5 is expanded in some significant ways, too, in that you get to visit new cities across Japan and take in different sights (and, of course, there are all-new labyrinths to explore).

The characterisation is spot-on for each character, and while they’re all quite archetypical and anime tropsey, getting the tone right is still a challenge for any writer. It’s not just that Yusuke is a pervert, for example. He’s a specific kind of artsy pervert with a very dry way of delivering his unique brand of creepiness. Futaba is a hikikomori recluse… but she’s also a very particular kind of sharp and scathing which elevates her beyond what you’d expect for that trope. Ann is… well, Ann’s just the sexiest princess-type, and yet she’s also quite down to earth, and it is essential for the writers to nail that, else it would make no sense that she’s out there hanging out with the likes of delinquent Ryuji and the utterly dull Makoto (watch as the review’s comments fill up with very mad people now…). The point here is that the writers have been exceedingly careful to maintain the right balance of characters and tones to retain the authentic Persona 5 cast, and Persona 5 Strikers has an oddly nostalgic quality to it in that you, the player, feel like you’re hanging out with old friends again as well.

It’s only when combat is joined that Koei Tecmo’s role becomes clear. If you replace the turn-based combat of Persona 5 with a short, 30-second to minute-long battle with a small horde of enemies that you fight, Musou-style (bosses are a different matter, and more on them soon), then you’ve got an approximate explanation for Persona 5 Strikers’ combat. It is not a Musou game, though. You’ve got magic abilities that you need to manage (and make extensive use of), Personas to flit between during battle, weaknesses and resistances for each enemy, and the need to “surprise” them before battle to gain an advantage. The actual Musou bit – where you “button mash” combos, brawler-style, to get big KO counts, is barely present when the focus is so much on the same elements as Persona 5’s turn-based action. It’s the most accessible “Musou” game to date as a result, and if that series has traditionally put you off, there’s no reason, whatsoever, to imagine that this one would be the same. Because, once again, it really, really is not a Musou game. 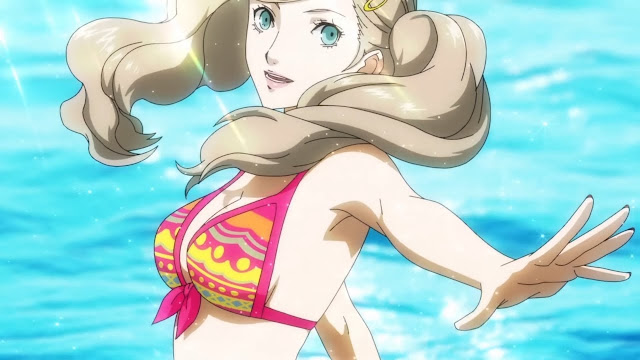 There’s some nice variety in what Persona 5 Strikers offers. The dungeons themselves are effective labyrinths and have some creative placement of some really difficult enemies that you just do not want to take on. I was almost reminded of the classic dungeon crawler series, Etrian Odyssey, with the FOEs, which were all-but unbeatable at first, so you needed to instead sniff out ways to navigate around them. Persona 5 Strikers encourages you to see its dungeon layouts as a puzzle in the same way.

Every so often there will be a pitched “mass battle,” too, where you need to fight off a few waves of enemies. My favourite of these was the defence battles, where you need to protect a target from hordes of unrelenting enemies. They are sustained enough that you’ll use up pretty much every resource that you have to hold the tide back, and that’s a nice contrast to the boss battles, where one particularly powerful enemy is overwhelmingly dominant. Different in tone as they were, those bosses too are all about finding the most effective and efficient way to burn through your resources to whittle down the boss’ health bar. Those boss battles do have a habit of spiking in difficulty – and can be frustrating as a consequence – but they are suitably impressive highlights to the action.

The biggest issue that Persona 5 Strikers faces is that it’s easy to lose your character in the whirling melee. Because the screen fills up with heart-shaped health bars and other visual effects, I found myself often pulling up the magic screen (which temporarily “pauses” the action) because I wanted to get a sense of where my character was and what was around them, and not because I had the active intention on casting a spell. It worked (and in the end, I often ended up using magic abilities in those circumstances, since they were the most effective way to deal with enemies), but it’s a clunky, clumsy way of doing things and disrupted the flow of the otherwise fluid combat system. 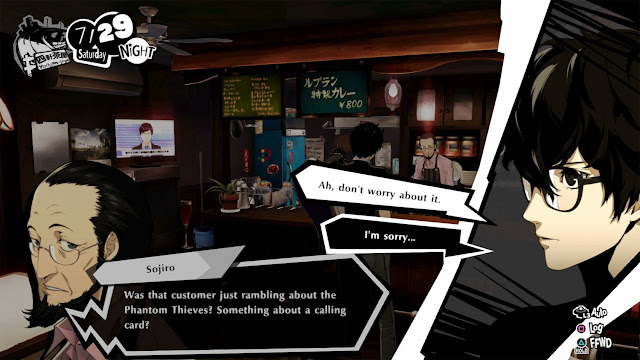 Another field where Koei Tecmo has absolutely nailed the authentic Persona experience is the aesthetics. Persona 5 wasn’t the most technically detailed game, but it made superb use of colour saturation and high-contrast highlights to give players a vivid art direction that is going to remain as relevant and pleasing on the eyes 20 years as it does now. Persona 5 Strikers maintains true to that aesthetic direction. The whirling melee makes it a little difficult to appreciate the vibrant enemy designs of the Persona series, but they’re all there, and each character has their own unique fighting style that matches their characterisation. Dungeons tend to have a fun theme (without giving any of them away after the first, the “Alice in Wonderland” theme of that first dungeon sets the trend nicely), and the ultra-high contrast “all in” attacks have been copied over beautifully. With regards to the music, the spectacular soundtrack of Persona 5 is built on and enhanced in a way that is, for the most part, highly effective. There are a couple of tracks where I feel that Koei Tecmo leans dangerously close to sounding too “Dynasty Warriors”, but for the most part, they hold the line nicely.

More than anything else, as the credits for Persona 5 Strikers ran (and this is a reasonably lengthy game, but blessedly doesn’t try to match Persona 5’s 100+ hour runtime), I found myself excited for the future of Koei Tecmo and licensed Musou titles. Where once Koei Tecmo took a cookie-cutter approach to licensed titles, which sometimes worked (One Piece, Arslan), and at other times struggled to do the base property justice (Berserk), between the work that the company has done with Nintendo and, now, Atlus, I think we’re seeing a real understanding from the developer about just how flexible they can be, and how adaptable the Warriors basis is to entirely different genres. Where the first experiment in a cross-genre “Musou JRPG”, Dragon Quest Heroes, struggled to really hit the right notes on the JRPG side of things, Koei’s got the swing of it now, so could we finally see that Final Fantasy or Trails of Cold Steel Musou? Could Koei Tecmo work something out with some western partners to build Star Wars or Lord of the Rings Warriors games? Could they use the storytelling capabilities of this new “formula” to give the Dead or Alive girls a spinoff adventure that didn’t involve bikini voyeurism and beach volleyball? It very much seems like Koei Tecmo is hitting a new level of capability and adaptability with Musou, and it could go anywhere from here.

Persona 5 Strikers surprised me. I was expecting something down the lines of Hyrule Warriors or Fire Emblem Warriors – a game that was true to the franchise, but also explicitly a “Musou” title. But Strikers isn’t that. Koei Tecmo has somehow crafted not only a genuine sequel to Persona 5, the JRPG, but the team has managed to equal it. Or – if action combat is your thing – perhaps even exceed it. That is no mean feat. 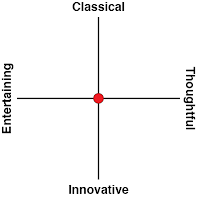 Bravely Default 2: Why I love this retro-themed JRPG