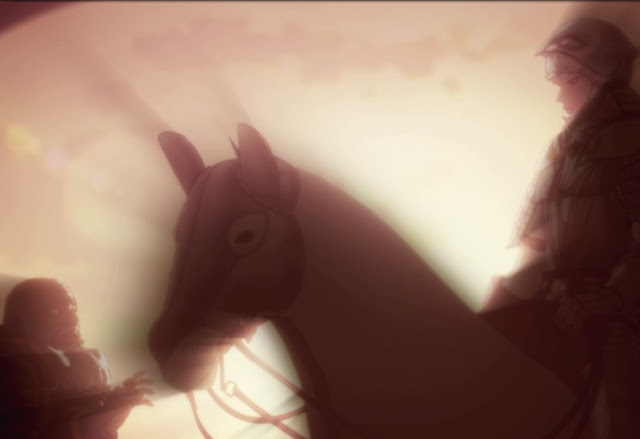 The last time Koei Tecmo attempted a genuinely adult Warriors game, we ended up with Warriors: Legends of Troy. That game went down so well Koei Tecmo shut the studio that developed it. Which is a pity because I actually really liked it.

But I digress. Koei Tecmo’s latest licensed Warriors title dips into what is arguably the most adult of the “mainstream” anime out there. Berserk is dark. Berserk has copious gore, exhibits moral corruption overwhelming naive concepts such as “heroism”, and features demons that are every bit the personification of cruelty they should be. Heck, Berserk has rape. This “dark fantasy” is as dark as they come, and I’d be lying if I said my greatest concern – when Koei Tecmo announced that it was making the game – wasn’t that in the ultra-sanitised world of video games there would be too much compromise done to the game to make it fit the media format. Berserk has to be R18+ rated for its themes to work.

So, the good news is that Berserk and the Band of the Hawk hasn’t compromised as much as I thought it might. It’s not quite the hardcore adult experience that it needed to be, but it’s not sanitised, either. The bad news is that Koei Tecmo clearly struggled to make the Warriors format fit naturally with how Berserk tells its story. 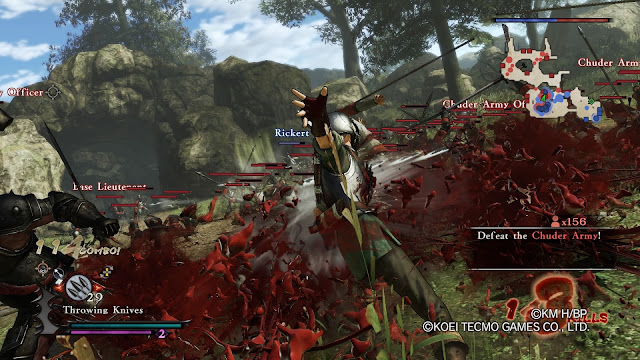 When you think about the Warriors games, one of their key features is the way they work with large ensemble casts. Whether it’s the main line Warriors games; the Dynasty Warriors or Samurai Warriors series; or the licensed properties, from Hyrule Warriors through One Piece, Arslan through Dragon Quest Heroes – the consistent point across them all is that players have a wide variety of playable heroes to choose among. Each of those heroes not only plays differently, but they also add different perspectives to the overall narrative, and we get to know each and every character, their motivations, and their goals, as individuals.

Berserk, meanwhile, is a story almost exclusively about one man: Guts. Sure, Guts belongs to a mercenary company, where he has the very dangerous Griffith as his commander, Casca as his love interest, and then a few other named heroes fighting alongside him in battle. But really, Berserk is all about Guts, and Guts’s view on the world. As a consequence of having the story focus so completely on one character, Koei Tecmo has had to design the game’s primary story mode so that in all the major battles you’ll be fighting as Guts. In some minor engagements you can choose between a tiny handful of the other main characters in the series; but for the most part those peripheral characters are designed for use in the game’s secondary (and as a result far less interesting) endless dungeon mode, and not for the story.

This direction runs contrary to the ethos of the Warriors franchise, and as someone who does like playing with a bunch of different characters in these games, I started to chafe at the limitations imposed on which characters I could use in the story mode. The endless dungeon mode is a nice extra (and allows you to play as some of the story’s villains, once unlocked), but as someone who prefers the story mode in the Warriors games for the narrative context, the overall package felt far more limited in scope than I’ve felt from a Warriors game in quite some time. 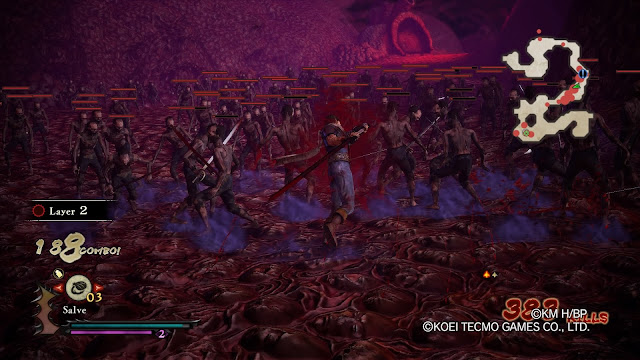 It is also noteworthy that the game assumes a lot of existing knowledge about Berserk. Many of the levels are introduced and exited with short cut scenes, but while the game runs through the entire narrative of the Berserk series, taking this game’s story mode by itself leaves a lot of gaps that need to be filled, preferably by watching the (utterly brilliant) film trilogy. This is a pity on two levels; firstly, Koei Tecmo’s Arslan, from last year, showed that it’s possible to develop an anime tie-in Warriors game that makes no assumption whatsoever as to the player’s familiarity with the material by establishing a proper sense of the narrative from the game itself. Secondly, it’s a pity because Berserk is a property with a particularly potent story to tell, and a game based on Berserk really should be more focused on the narrative. This vision of Berserk loses a lot of its narrative potency because it cuts around it and provides only the most basic of skeletons for narrative context.

Assuming that you’re familiar with Berserk, however, what you will enjoy is how effective the developers have been at adjusting the combat system so that it carries the visceral weight of incredibly gory, violent, angsty combat. The basic game still follows the Warriors franchise’s penchant for mass slaughter, where one hero character will rack up thousands of kills by wading through hordes of enemy soldiers as he beelines towards the bosses in each level. Unlike most other Warriors games, where this combat feels light and fast, in Berserk, the slaughters really do feel like slaughters. Guts in particular wields a ridiculously oversized weapon, and with every slow, ponderous swing of the thing he can take out dozens of regular enemies; there’s a sense of great impact and the screen fills with crimson red as he cuts them to pieces. Other playable characters move faster, but all of them are painted red quickly, and all of them have access to the occasional super attack (built up in the same way as in other Warriors games, by landing normal attacks on enemies) that simply rips everything living around them to shreds.

This visceral combat is appropriate to Berserk’s theme, but it works better when Guts starts fighting demonic enemies rather than humans. It’s rather a pity that, following the narrative as it does, the overwhelming bulk of the first two thirds of the game involves combat against regular soldiers, as Griffith pits his mercenary company against other mercenaries to rise up to a position of nobility. Berserk’s dark, adult vision only really comes to a head when a desperate Griffith does something very stupid and unleashes an almighty evil on the world. Fans will know the scene I’m talking about, and, yes, for the fans it’s worth waiting through the first couple of chapters of the game to get there. 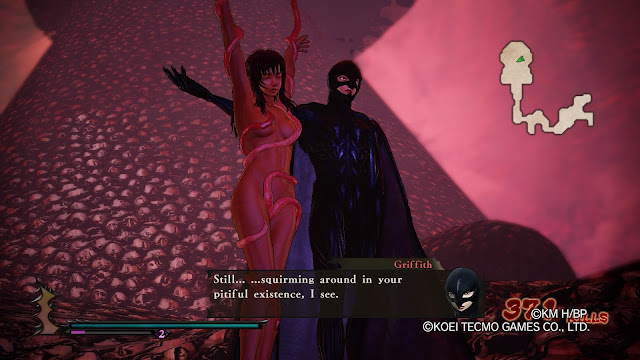 Once there, the game’s designers were able to start making use of settings and monster designs that allow the bloodletting and dark theme to really hit high impact. It’s disappointing to think that less dedicated players might not reach that waypoint, for actually getting there requires a slog, first, through what amounts to a bloodier take on Dynasty Warriors – and as I’ve already mentioned, Dynasty Warriors gives you about fifty different heroes to play with.

Related reading: And of all the Warriors games out there, it’s really hard to look past Samurai Warriors 4 Empires as the finest out there. Matt’s full review.

The game’s handling of the anime/manga’s sexual content is restrained, unsurprisingly, but more present than I thought it would be. Well done to Koei Tecmo for figuring out how to handle that material while working within the constraints of what you’re allowed to get away with in videogames. Equally, the developer deserves kudos for the graphical engine, which perfectly captures the distinctly dark Europe setting. It may be hard to take it all in in action, when there are hundreds of enemies on-screen at once to deal with, but when you get the chance to step back and look around, the environment and character designs are clean and effective.

What’s really hard to shake about Berserk is the feeling that Koei applied the wrong template to it. With the Nioh engine now having proven itself, I would rather Koei had held onto the IP a little longer and married Berserk’s dark narrative to Nioh’s gameplay structure. That’s a more natural fit: Nioh only had the one main protagonist too. While Berserk does feature widescale battles, and those do fit with the Warriors MO, the property is best remembered for its vision of demons and terrors in the night, as well as the compellingly dark narrative. The Warriors engine is better suited to those anime that have large ensemble casts and a more traditional take on heroism.

Stuff like Rurouni Kenshin. C’mon Koei Tecmo, you know you want to.