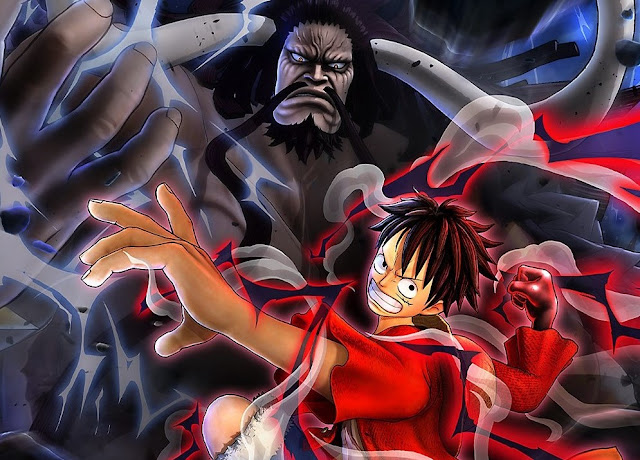 One of the best things that Koei Tecmo has going for it is how adaptable its Warriors (Musou) formula is. Whether it’s medieval history (Samurai Warriors), ancient history (Dynasty Warriors), or any of a wide and growing range of anime and licensed game properties (Gundam, Arslan, Berserk, Fist of the North Star, Dragon Quest, Zelda, Fire Emblem), Koei Tecmo has proven its ability to take the Warriors structure and apply it to just about anything.

Related reading: Our review of the previous One Piece Warriors game on Nintendo Switch.

It’s rare for these games to not be enjoyable on some level, too. While the Warriors formula is often accused of being a “button masher” experience, the big dirty secret is that even if you do see it that way, button mashing is cathartic fun. Throw your favourite characters together in a gigantic brawl and take the peons down by their thousands, and it’s hard to say you came away from the experience bored. Across all the licensed stuff that Koei Tecmo has done, the One Piece Pirate Warriors series has been the best supported, and that’s because it fits so well with what Warriors does best: big action, stupidly over the top special attacks, and a wonderfully huge cast of characters – both friend and foe.

The big reason to play One Piece: Pirate Warriors 4 is that it pushes beyond the narrative that previous One Piece: Pirate Warriors titles have. This comes at a cost, as there’s absolutely no continuity between “chapters” that the game explores and there is a very firm assumption as the “story” keeps leaping forward in time that if you’re playing this you’ll be able to fill in all the narrative blanks yourself. It’s probably a fair assumption since people who aren’t fans of One Piece aren’t likely to pick this up, but nonetheless it’s not the kind of assumption that storytellers should be making. Nonetheless, you do indeed get more of the One Piece crew’s story than in any other game, and given that this series has over 900 episodes, the team at Koei Tecmo have done a good job of shortlisting down some of the best moments. 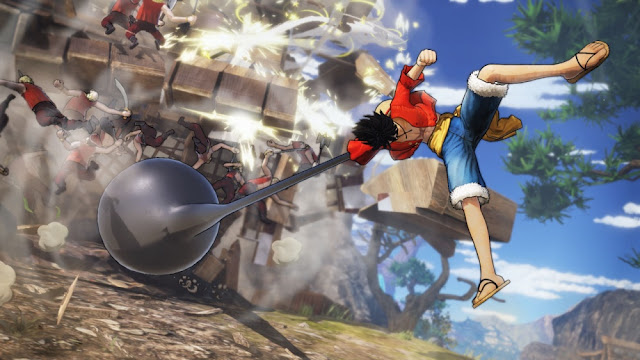 In other areas Pirate Warriors 4 is the most refined of this Musou sub-series. It brings across the armour system that we’ve seen in a number of other Warriors games recently, meaning that bosses are now protected from most damage until you can whittle down a shield icon positioned above their heads. Once that’s gone, you get to wade in and cause really big damage for a short while as the shield recovers. This leads to some nicely tense battles in which you’re desperately trying to break down a shield to get to the last sliver of health on the boss’ life bar before they get you.

Battlegrounds also tend to be more dynamic, and I know this because the KO counts at the other end tend to be so much bigger. Thankfully, tallying up these amazing KO counts is enjoyable thanks to the fluidity and range of attacks that each character has – they’re all so very good at clearing crowds, and do so with such explosive power that you really do feel like you’re playing as supremely powerful fighters. Equally appealing is the flow of the battles themselves. The best Warriors games tend to be the ones that throw multiple objectives at you simultaneously, and then task you with quickly managing priorities, and Pirate Warriors 4 does that particularly well.

I also enjoyed that the game brings back the classic territory control system of older Warriors – each battlefield is split up into a half-dozen or more “sections,” and you need to defeat enough enemies in that section to make the leader appear. Defeat him and the territory becomes yours, and will start spawning soldiers to help you out in the fight, making it easier to protect objectives and capture future territories. When you remember that Musou was initially designed to be “tactical action”, the fact that many later Warriors games have done away with the base captures has been a little disappointing to me, but Pirate Warriors 4 nails it, and makes “capturing new territories” one of the many competing objectives jostling for your attention from the moment-to-moment play. 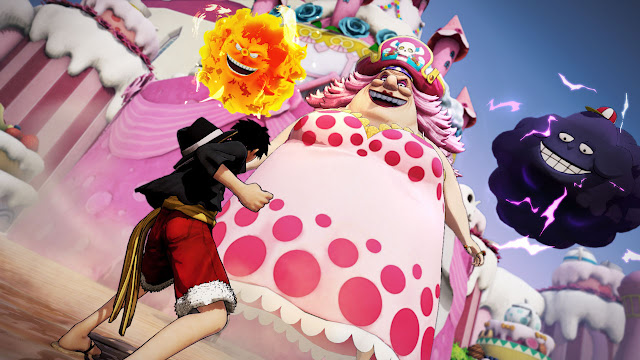 There’s also an awful lot of stuff to do in Pirate Warriors 4. In addition to the base narrative mode, there’s the ability to play through completed levels with favourite unlocked characters (whether that character actually participates in the battle in narrative mode or not), and a “Treasure Logs” mode, which work as little side-stores for characters and are designed to up the challenge level of the game significantly. Most Warriors games have an abundance of content to plow through, but even within that group Pirate Warriors stands out as being particularly loaded.

There is only one really significant issue with the game, but it’s a doozy – the giant bosses. These are handled very clumsily and tend to be more difficult than standard bosses more because they’re shoddily executed than any real test of skill. I know that Koei needed to do something here to fit with the larger than life stuff that happens in One Piece, but the Warriors engine, otherwise very competent and versatile, does not handle big monsters well. We won’t be seeing a Monster Hunter Warriors game any time soon.

You could also say that too much of Pirate Warriors 4 is a retread of the three existing games, and as a result fans of One Piece and the previous titles (at this point, who else would even be looking at Pirate Warriors 4) might come away feeling like this doesn’t deliver as much new stuff as they’d like. I don’t think that’s much of an issue, though. The new battlefields, improved combat system, and sheer action that goes on makes it every bit as much fun to run through those battles again, and One Piece has so much character and personality that the antics of Luffy and his crew never seem to get tiring. With that being said… do Gintama next, Koei. We’re still waiting.

Video games do a terrible job of depicting war

Get ready for even more Picross on your Nintendo Switch