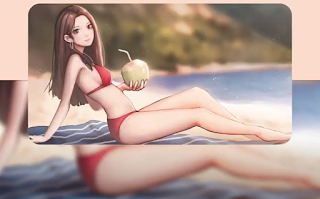 Mystery games are good. Mystery games in which you need to solve your own murder before it happens are even better. I think. Fateful End looks like a really good time, taking the relationship systems that we’re used to from visual novels and spinning it into a survival/escape/race against time experience that will hopefully allow you to be a real Sherlock Holmes.
Backing Fateful End up are some really nice backgrounds and character designs, with the game having a blend of pastel-like art and realism which gives it a soft outer aesthetic, which could be used so well to deliver the various horrors that your character is going to be exposed to if they can’t figure out who their killer is going to be. The developer behind this game actually has more than a few other titles under their belt, including My Dangerous Life, Detective Kobayashi and Florensia, and while it’s certainly a niche developer that has never attracted a massive following for its games, the small community behind each seems to enjoy them, so if Fateful End sounds intriguing to you, chances are that you’ll get something from it.
Scruffy’s Treasure Hunt

I do enjoy a good digital board game, and certainly thanks to Kickstarter, board games have become quite the rage again, meaning that there’s plenty of material, right down to the very niche, to adapt into video games. Scruffy’s Treasure Hunt was a successful Kickstarter (thought it was only looking for a couple of thousand dollars and only got 30 backers), and now there’s a digital adaptation of it. It’s not even available on Steam yet as far as I can tell, but it actually looks really, really neat. 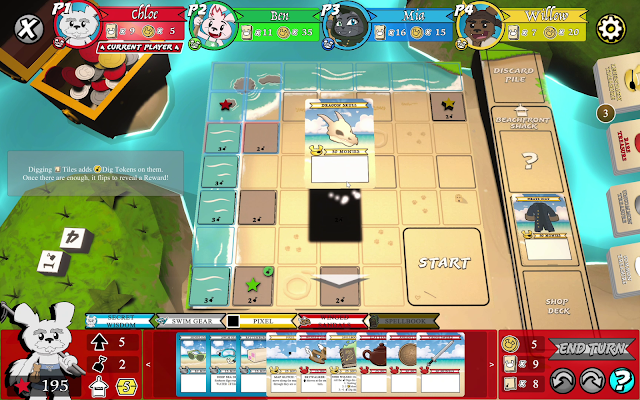 The basic concept of the thing is to explore a patch of sand and accumulate the biggest hoard of treasure by digging around. You and the other players take turns moving, rolling, and digging for treasure. It’s non-violent and easy to learn, but unlike some other board games designed so that children can play along (see: Snakes and Ladders), this one also involves some strategy and won’t insult the intelligence.  In other words, it looks like the kind of board game that people of all ages genuinely can enjoy, and this digital adaptation really does have a lovely aesthetic. It could be an ideal Christmas pick-up for family gaming nights!
Our Land
The more games that we get that are designed to encourage people to think more about the environment and our role in it, the better. Our Land is a “turn-based single-player strategy game,” that has been inspired by nature. In it, you play as a nomadic tribe that needs to live in harmony with the world. To do so you need to use symbiotic relations between species to create beneficial areas, avoid impacting too much on the environment as humans, and go on a constant journey to move with the seasons.
What’s more, random generation means that each playthrough will be different. It’s a game that’s still in prototype form, so if you get into it you’re looking at a long-term support of the game here, but the art is vibrant, the concept behind the game is strong, and it does seem that the developer, Melolon, has some lofty ambitions for it, with a rather lovely trailer helping to set the scene. You can, of course, download the prototype for free and help to shape the development by providing feedback to the developer.
Bahamian Rhapsody
The last one for the week is an “adult” game, in that it has explicit scenes, but it does seem like the developer is shooting for something a little more nuanced than many such games on itch.io do. Which is why I’m highlighting this one. Bahamian Rhapsody is a game about finding love and chilling in the Bahamas – a tropical getaway that I imagine a lot of which we could have escaped to this year.
It’s a comedy, but has a “classy modern jazz soundtrack” and a subtle kind of aesthetic that is more humanising than how many of the “adult” visual novels treat the women characters. It’s also about intimacy between women, and while I’m certainly not going to be surprised if this ends up dropping the ball big time, I really want to believe in the vision, since the developers have got some truly gorgeous art going for them, and it’s quite clear that a lot of effort went into this one.
That’s it for this week! If there are any new itch.io games that you’d like to bring to my attention, don’t hesitate to drop me a note! I’m very keen on celebrating the creativity and energy of this truly wonderful platform for games-as-art.

The 24 Games of Christmas! Day #8: Paper Mario: The Origami King