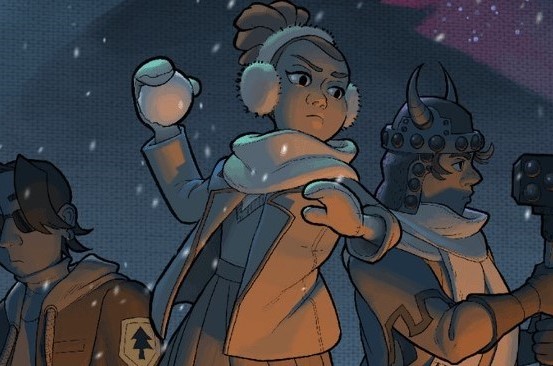 Versus Evil and EVC have released a new trailer for the upcoming Wintermoor Tactics Club, a game that mixes a love of pen-and-paper RPGing with school life. It’s shaping up really nicely.

It also sounds like it’s got a strong message to share, in the way that it aims to “break down cliques” and “help friends through their personal problems be writing them tabletop adventures to play.” The full overview of the game:

It was hard enough for Alicia to make friends at prestigious Wintermoor Academy before the whole school erupted into a snowball tournament! Now, her tiny Tactics Club must transform from nerdy nobodies into the heroes they play in their tabletop campaign, or they’ll be disbanded forever.

Discover the sinister truth behind the War of the Clubs in this cozy tactics RPG. Test your strategic mettle against an avalanche of strange and colorful characters. And don’t forget to make new friends!

Unlock your Potential: Discover the power of seven playable characters and dozens of unlockable upgrades across more than 40 battles.

Explore the School: Get to know Wintermoor in visual novel-inspired gameplay. Break down the walls between high school cliques such as Psychic Detectives and Young Monarchists.

In other positive news, the game is basically releasing on everything. We already knew a PC version was happening. Now there will also be PlayStation 4, Xbox One and Nintendo Switch versions. And this game looks very much like something you’ll want to play on the Switch.

It releases in spring 2020. That’s autumn for those of us in the southern hemisphere.

The next Nintendo Switch SNES and NES update is woeful