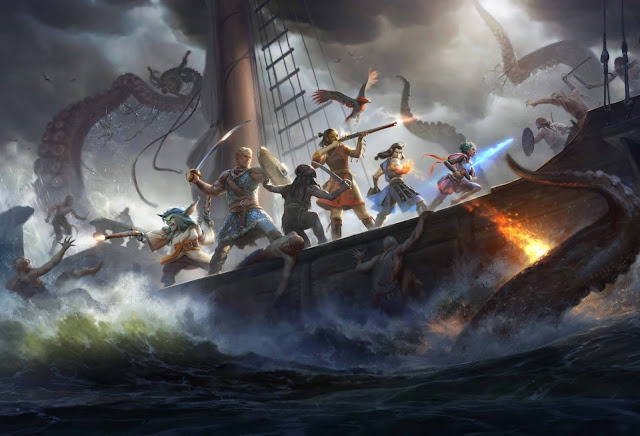 An RPG should be all about encouraging exploration and journey. Players should be looking forward to the next town, the next deadly dungeon, or the wonders of finding their way into magician’s towers and glistening palaces. Pillars of Eternity II does achieve the goal of providing players with a giant world of fascinating places to explore. Sadly, the loading times also mean that you’ll dread every time you need to leave one area to visit another.

Related reading: Our review of the game’s PC release.

I’m fairly easy-going when it comes to technical issues with the games that I play, and work on the premise that as long as the game tells a great story, has meaty themes for me to dig into, has interesting characters and solid aesthetics, then I am happy to overlook technical issues to enjoy the overall experience. I’m not one of those players that fixates on framerates or minor bugs. These are simply irrelevant to me. However, Pillars of Eternity II’s loading times are a serious, serious problem. Every new area that you visit – whether it be a town, the world map, dungeon area, or even a simple, tiny house – comes with a lengthy loading time. Enough time to check your email or Twitter account, in fact, which rips much of the immersion out of the game instantly. I got to the point where I would start to consider whether I wanted to visit a building that didn’t look critical to the plot, simply because I didn’t want to face yet another loading screen. For a game like Pillars of Eternity to end up with a technical issue that discourages exploration is very much at odds with its driving intent.

It’s all the more strange that this game would have that issue when you consider how simple it is – or, at least, should be. Pillars of Eternity and its sequel are explicit homages to old Infinity Engine titles, like Baldur’s Gate and Icewind Dale, and do you know the one thing that old Infinity Engine titles never needed? Highly detailed textures and animation. In fact, Baldur’s Gate is every bit as good now as it ever was, and has no issues with loading time whatsoever, precisely because it doesn’t go overboard with the texturing and other visual assets. It’s primitive as a visual experience, but that doesn’t matter. Playing out in the isometric perspective that it does, there’s an upper limit to how visually impressive these games can be on the eyes, and I do feel like Pillars of Eternity pushed too hard for something pointless, at the expense of what the game should be doing well. 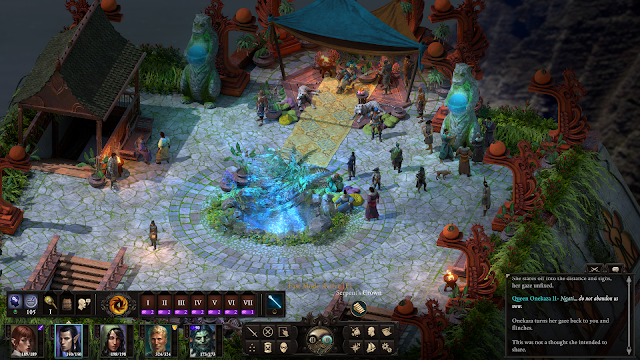 This is all a pity, because the game itself is a majestic homage to the likes of Baldur’s Gate. Pillars of Eternity does everything that we’ve come to expect from western RPGs to a finely-tuned brilliance; you’ll get to recruit a large party, and how characters respond to you (and ultimately whether they remain with the party) is entirely dependent on your behaviour. You’re able to play anything from a noble paragon through to a despicable schemer, and events and quests will spin in wildly different directions, depending entirely on how you guide your main protagonist’s actions. There’s an end goal to everything you’re doing, but that often feels distant and even unimportant, as the smaller stories and regional quests will occupy so much of your time.

New to Pillars of Eternity 2, in comparison to its predecessor, is ship management. Early on in the game you’ll acquire a ship, which you’ll need to staff, fill with provisions (and make sure they’re yummy, as morale as important), and then take around the world. It’s an odd mechanic since, if battles or events happen, they play out as text adventure-like “choose-your-own-adventure” sequences, whereas the land battles are standard RPG combat, but it doesn’t take too long to get used to it and it ends up being a highlight of the game. The management is straightforward, but building up an excellent crew is still a rewarding process, and combat comes across as very strategic. Most importantly of all is what the ship does for the overall experience, as it really opens the world in a way that foot-based travel can’t, and gives the game a truly epic sense of scale.

That’s not to say the foot-based stuff is ignored, though. It’s there, and it’s vintage. In addition to having rich skill trees to mess around with, and plenty of character combinations to choose between, Deadfire actually gives you two different ways to play – there’s a true turn-based combat system, or you can instead have a pause-able real-time combat system, whereby you can pause the action at any point to give character’s orders, and then unpause to watch the action play out. I really appreciated the choice, and both systems work really nicely, whether you want to be more strategic, or have that authentic Baldur’s Gate experience. 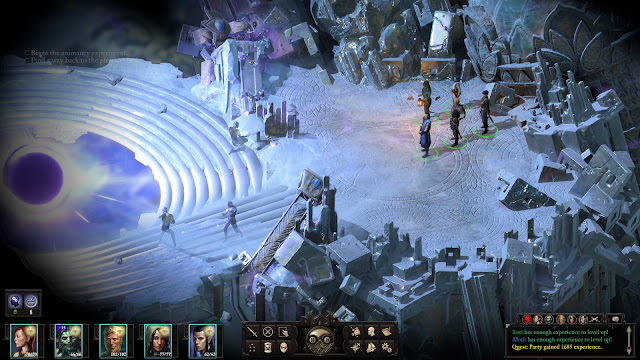 The only thing that becomes a little tiring about the structure of Pillars of Eternity is that it’s not really saying anything. Precisely because it wants the entire moral and thematic response to be based on how you respond to the world and events, Pillars of Eternity constantly feels like it’s hedging and trying not to say anything in order to make everything viable. Yes, that’s common to the western RPG, but if you look at stuff like The Witcher 3 and Greedfall, it’s possible to craft some incredibly powerful narratives, while still giving players wide scope to make decisions within it. What’s in Pillars of Eternity 2 is written beautifully. It just never drives anywhere.

Related reading: Baldur’s Gate is brilliant on PS4. Our review.

On the other hand, the world building in Pillars of Eternity is truly spectacular. There’s a rich lore sitting behind everything that happens in the game, and the various dream-like worlds that are depicted are particularly visionary. Careful effort has gone into building a range of different cultures, each with their own “tone,” and environments, when they do load, are intriguing places. It’s clear that the development team went the extra hour to pour over every square inch of every map, and ensure that it was pertinent in some way. The surprises you’ll find in going off the beaten track are often the most interesting of all.

I’m left in a difficult spot with Pillars of Eternity II on PlayStation 4. On the one hand, the sheer quality of the game is evident in bounds, and as a homage to the mighty Baldur’s Gate, it continues on the excellent trajectory set down by its predecessor. On the other hand, those loading times really are so bad that I neither enjoy my time with the game, nor want to play it. Of course, a patch could resolve that and then the main criticism of the review would be rendered redundant. Sadly, I do need to review what’s placed in front of me, and you’re all better off playing Baldur’s Gate again than slogging through this in its current state.