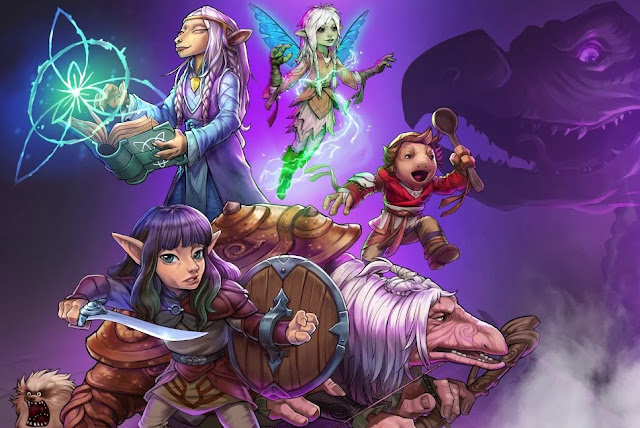 Between the Stranger Things 3 game, Narcos, and now Dark Crystal, it seems that Netflix television shows are driving a new renaissance in that kind of cheap, low-budget licensed cash-in game. Remember back on the early PlayStation and Nintendo consoles when a “licensed game” (Goldeneye 007 aside) generally meant something quite unpleasant to play? Those days are back it seems, which is both oddly nostalgic, and deeply disappointing when the material being misused is as wonderfully rich as Dark Crystal.

Age of Resistance Tactics is, as the name suggests, a tactics RPG. Don’t expect the incredible world-building of the likes of Final Fantasy Tactics or God Wars, though. Don’t even expect the simple, cheap mobile charms of Mercenaries Saga. Dark Crystal doesn’t really tell a story of its own, and instead relies entirely on you having knowledge of the television show, with tiny snippets and cut scenes here and there to remind you of the point in the narrative that you’re up to, and have already seen during the show. Those snippets are also presented in such a disjointed fashion that, if you’re not an existing fan of the show, you can forget about following along, much less enjoying the characters and battle scenes. There are a couple of moments here and there where there’s the opportunity to experience a side-story beyond the show, but because these are presented in an equally brief manner to the rest of the plot, they fail completely to add anything to the base material.

This is exactly what Stranger Things 3 did as well, but thankfully one thing that Age of Resistance Tactics does have going for it is that the base material does work with the tactical RPG format. There are a wide range of different characters that you can recruit into your party, and a nice range of different – fantastic – enemies to fight. The basic mechanics are all perfectly functional, too – movement around the maps and selecting the right attacks to use are all nice and intuitive, and I do give the developers props for the general UI. They got that much very right. 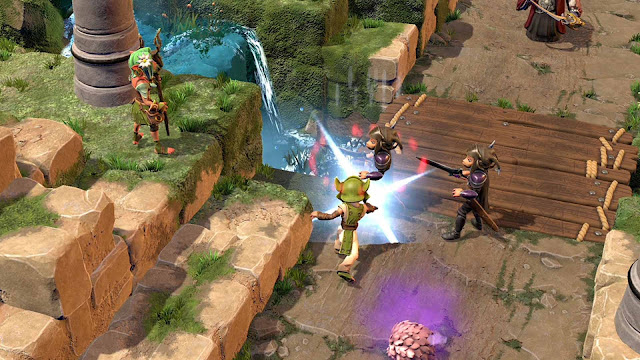 Sadly, there are so many limitations to Age of Resistance that you just have to wonder about where the effort went in making the game. One issue is the size of the battle maps themselves. Most of them are tiny, and while I do suspect that was so that the small number of units would be able to get in and do their fighting in the most efficient way possible, it also means that there’s very little actual tactical depth to Age of Resistance. The careful, chess-like movement of pieces around the board that we see in most tactics RPGs is inhibited by the size of the board itself.

The other issue is that there’s far too much homogenisation between characters. There are only a couple of skill trees to choose between, and characters can actually develop a secondary skill tree, meaning that there’s almost certainly going to be some crossing over between each character, and the tactical depth they bring into combat. Magic users will have ranged attack skills, and front-line fighters will be able to take care of their own healing. In a really good tactics RPG, these crossovers are minimal, to encourage players to carefully structure parties around particular combinations of skills. I never felt that level of tactical depth in Age of Resistance, and even as I started unlocking new job classes, I found myself relying on the same characters, with similar skills combinations, doing the same thing from one battle to the next. Strategically, Age of Resistance is very dry indeed.

For a world with the vision of Jim Henson behind it, I found Age of Resistance Tactics to be surprisingly uninspired in just about every design element. Because the levels are so small, they don’t really add to the sense of world building within the game, and the cut scenes and narrative elements, as disjointed and painfully brief as they are, are very cheaply produced – either a couple of lines of dialogue bookending a level, or the occasional comic strip sequence. 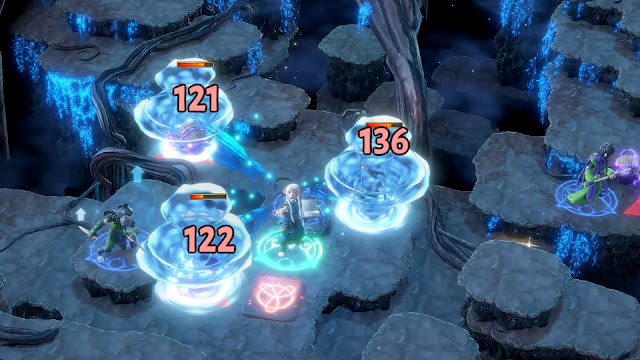 There’s also a dearth of anything to do outside of fight. The game’s equipment store is a menu that you pull up between battles, but otherwise, the only other thing you can do from the game’s world map is select the next battle location. There’s are times where you’ll get to select which battle you want to do next but don’t let that fool you, Age of Resistance does not offer one of those branching path narratives where your decisions matter. For decisions to matter, the game would need to have a plot to follow, anyway.

Dark Crystal: Age of Resistance Tactics is cynical. It has taken a safe, familiar genre, done absolutely nothing but the most straightforward, safe application of it, and thrown the Dark Crystal license over the top, but it has in no way tried to do anything interesting with Dark Crystal. Just as we used to ask with just about every licensed title: “what would be left if you took the license out?” we need to ask the same with Age of Resistance. The answer is this: a confused, incomplete narrative, an uninspired fantasy world, and some of the most shallow tactics RPG action that we’ve ever seen in a game. Throw the license back in and the game is playable enough to just, barely, be passable as a weekend killer for the diehard fans of the property, but Jim Henson’s vision deserves so much more respect than this.