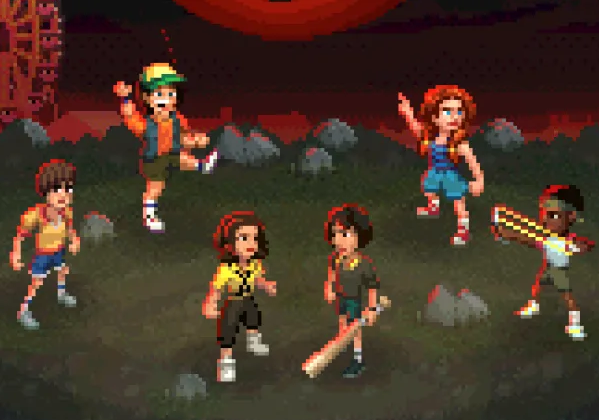 I’m of the belief that Stranger Things is the best TV we’ve seen in years, and the recent third season is particularly good. It’s rare that I make the time to “binge” a TV show, but I couldn’t stop watching Stranger Things 3. And that’s why I’m so disappointed by the game. This thing is woeful.

Back when Lord of the Rings films were being released to cinema, and EA had rights to make games based on those films, there were two titles released on the Game Boy Advance that I particularly enjoyed: The Two Towers, and Return of the King. Neither were necessarily brilliant, but both followed along with the narrative of the films well enough, and offered some decent Diablo-style dungeon crawling, which was quite sufficient given the constraints of the hardware. Stranger Things 3 feels like the spiritual successor to those games, only somehow offering less depth than what was in those Game Boy Advance titles, and in doing so failing to capture the nuance or even spirit of the TV show.

Beneath the sub-standard isometric perspective and pixelated half-attempts to render each of the major characters (all of which genuinely looks like it belongs on the Game Boy Advance) lies a game that manages to take every major event of the television show, and turn it into a mind-numbing fetch quest. For example, when the kids march on up the hill in the first episode to try and use a radio tower to call Dustin’s long-distance girlfriend, they find the tower destroyed and key parts that they need to repair it scattered across an area crawling with Russian goons. That scene in the television showed when the close-knit group of kids starts to separate as their teenage interests start to pull them away from their childhood loyalties. It had no Russian goons. That rather sad and tense scene has been replaced by a base, boring grind of an Easter egg hunt.

Turning iconic scenes of great TV into shitty fetch quests… this is one ballsy homage to 80’s gaming #NintendoSwitch pic.twitter.com/7kuusi1Swr

It doesn’t even do the grind well, because in Stranger Things 3: The Game, the developer didn’t bother including RPG-like experience levels or a loot system which would make fighting through the environments rewarding, as those Lord of the Rings Diablo clones did. You can pick up some materials on the way, and use those to craft some “trinkets” that give your characters boosts, but the mechanical development of each character is substantially below expectations for a game that is constantly asking you to complete all kinds of quests and side quests.

The main quests follow the path of the show in its entirety. Meanwhile, many of the side quests are meant to be additional scenes to enhance the lore and scope of the television show. Unfortunately, they are so irredeemably dull that they paint a far less interesting picture of 80’s small town American that the show depicts. Every quest is some variation on the “go here, pick up X, fight all the Y and then come back to me,” and the rewards are always painfully superficial, since there’s no experience system, and none of the trinkets have interesting enough effects to make tracking down the more rare ones worthwhile. Most of the characters behind these sub-quests are no-name originals that aren’t part of the show, and while there’s a cute little nod to the show thrown in from time to time (during one fetch quest you’ll walk past Hopper and Joyce deep in the middle of their memorable discussion that occurred through the show on the “heart-to-heart” that Hopper wants to have with El), that stuff feels more like name dropping key scenes in a desperate grasp for authenticity and credibility than anything woven into the fabric of the game.

Combat is universally awful. Each character has their own mix of standard and super attacks, and each of those is based on some anecdote from the show. Dustin’s weapon, for example, is the pepper spray can that he accidentally uses on a friend. Any ranged attack is a pain to aim, and the clumsy animations and enemy attack patterns make the block button useless for the characters that specialise in melee combat. Make sure you spend the money you get from the side quests on medi-kits, because that’s how you’re going to survive Stranger Things 3; by button-mashing your way through painfully clumsy combat, while using healing items at every opportunity. 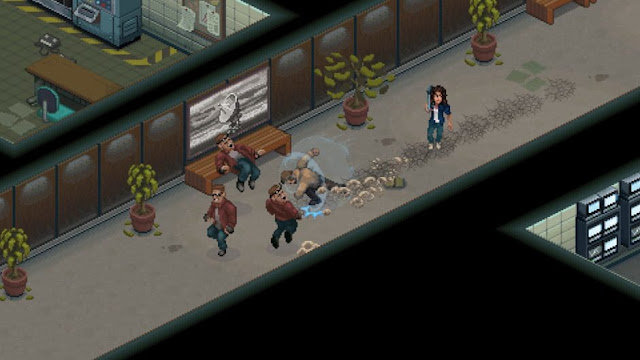 Then there are the “puzzles”. The painfully generic, utterly bog-standard puzzles. Stranger Things 3 gives you two characters to control at the same time, and you can direct them to “follow” and “stay” at will. Guess where I’m going here? Yep! Puzzles where you need to split the group up, have one character stand on a pressure plate or otherwise act as the “key” so the other character can get through a door. We’ve been dealing with these kinds of puzzles for decades now, and there are many (many) better examples of them in action. It’s not like there’s even any risk/reward for splitting the party up like that, since the only “benefit” to having the second character around is to have their lazy AI kick in – rarely – to put some half-hearted effort in to help with a fight. So any potential to use the split to heighten tension is immediately lost when you realise that you’re actually better off going it on your own.

For all this, the biggest problem with Stranger Things 3: The Game is that is offers absolutely nothing to complement nor enhance the TV show. It’s like the worst of those old movie licensed games that used to plague consoles before that stuff moved to plague free-to-play apps on mobile instead. You absolutely must watch the show before playing the game (because otherwise there are major, major spoilers involved), but for those that have watched the show, the game is so inferior in quality that playing it can only sour the memories of the show. There’s some very marginal fun to grinding through the game in two player (since that way you don’t need to deal with the AI), and for what it is worth my wife and I did play the game through together, as we’re both diehard fans of the show, even though neither of us was particularly invested in the game.

The only thing the developers got right was the music, which does do a decent job of capturing the synth-heavy soundtrack of the show. That being said, the music loops are far too short given the size of many of the maps and the resulting repetition becomes draining, when music was such an effective part of the atmosphere and aesthetic of the show. The visuals, as you can probably guess, fail completely to capture either the show’s 80’s horror/Twin Peaks vibe. Even the portrait and character models often look so unrelated to the actual characters from the show that I wouldn’t have recognised them were it not for their names attached to them. 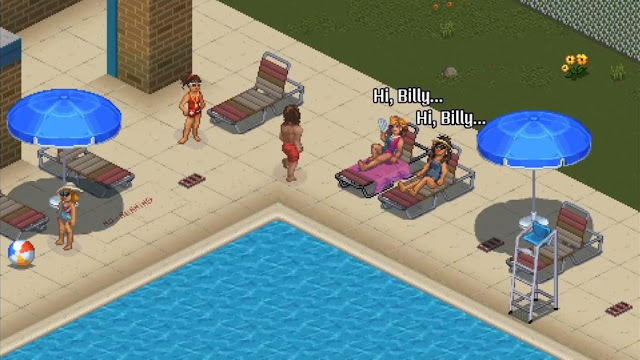 I love that Netflix is investing in game development, because many of its properties could potentially use the medium to enhance the overall experience for fans. It needs to do better going forward though. Stranger Things 3: The Game is trash that does more harm to the property than good. It was almost quaint going on a memory trip back to when video games were used to churn out cheap bonus money grabs every time a major film landed, but the industry has moved on from that nonsense, and there’s nothing about this game that is acceptable in this day and age.