Where The Water Tastes Like Wine coming to consoles this month

One of our top games of 2018, Where The Water Tastes Like Wine is finally set to make is console launch. The game won several of our 2018 GOTY awards, including first place for Best PC Game, second place for Best Arthouse Game, and second place again in our overall GOTY category.

A narrative adventure title, the game is about traveling, sharing stories, and surviving manifest destiny. It features hand-drawn illustrations, combining 2D visuals with a 3D map. You’ll wander around a folkloric Depression era United States at whatever pace you choose, meeting with strangers and listening to their tales. You can then re-tell the stories to unlock new interactions.

Where The Water Tastes Like Wine is currently available for PC. It will launch for Nintendo Switch, PlayStation 4, and Xbox one on November 29. The Switch version is already available for pre-order via the eShop.

Yes, that title deserved an exclamation mark, because Wattam is a game I’ve been waiting years for. And I’m not exactly a patient person. Anyway, to announced the launch date, Funomena and Annapurna Interactive released a new trailer:

Wattam will launch for PC via the Epic Games Store and for PlayStation 4 on December 17. Pre-orders are available now. For more information on the game, check out the PS Blog for an interview with creator Keita Takahashi.

Google has announced the full list of Stadia titles that will be available this year, either at launch or coming soon. The service launched November 19.

Granblue Fantasy: Versus will have many versions to choose from

Granblue Fantasy: Versus is set to come exclusively to PlayStation 4 early next year, and Marvelous has now laid out its plan for physical and digital limited editions. First up is the Physical Premium Edition, shown below. It will include one physical copy of the game, a code to redeem one of several items (one Gold Brick, one Sunlight Stone, one Sephira Evolite, or 10 Damascus Crystals) within the original Granblue Fantasy game, a code to redeem the character colour pack along with a PS4 avatar and theme, the soundtrack on CD, a physical art book, and a fancy box to keep it all together. 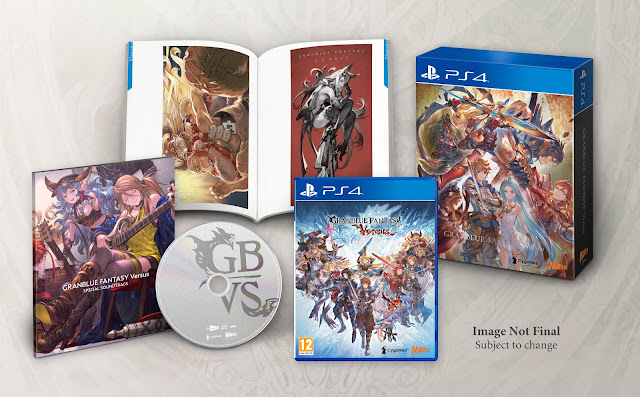 For folks that prefer keeping things digital, you’ll have two pre-order options available. The first is the Digital Character Pass Set, which includes a digital copy of the game, a code to redeem one of several items (one Gold Brick, one Sunlight Stone, one Sephira Evolite, or 10 Damascus Crystals) within the original Granblue Fantasy game, a PS4 theme and avatar, the character colour pack, a character pass for five additional characters, and a lobby avatar item.

The digital deluxe edition will include everything from the Digital Character Pass Set, plus an extra PS4 theme, a digital artbook, and the digital soundtrack.