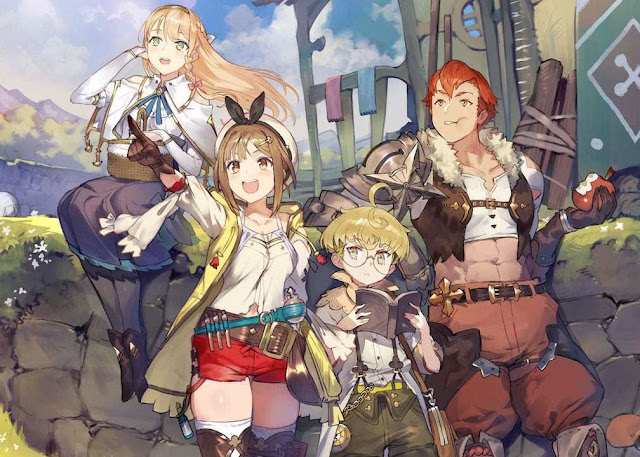 Three Atelier titles in a single year is a lot. Even to me, an avid fan that has never given less than 4.5/5 for any entry in the series. I love them because they’re wholesome, charming, “comfort food” experiences, and while I came to the party relatively late by Atelier fan standards (my first being Rorona on the PlayStation 3), each new release is a highlight of the year to me. Even given that context, three Atelier in a single year is a lot.

Hosoi Junzo, Manager of Gust Entertainment Division, promised me when I spoke to him at Tokyo Game Show that I’d find good reason to triple-dip for the year. “Nelke was much more of a simulation, and it was also created as a 20th anniversary celebration title for the Atelier series. So there was a lot new there,” he said. “It was really meant as a thank you present to everyone.

“Lulua, meanwhile, was Arland series number four. It was really geared towards existing fans as opposed to new users. With this title, Ryza, from the character design, to the story, to the system, and everything else, we have basically done a reboot of it. We looked at everything, and we have really decided to start from the beginning with it. Whether you’re an existing Atelier fans or completely brand new to the series, we’ve tried to make this one accessible to you.” 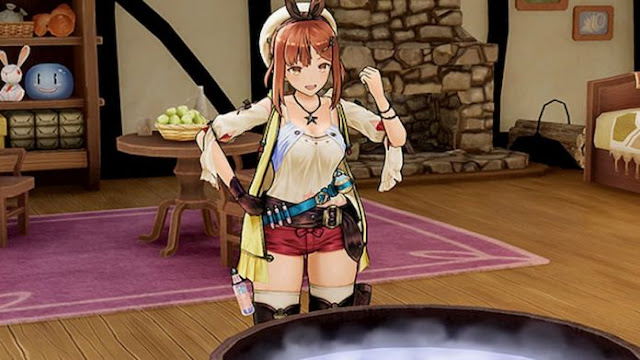 Perhaps the most obvious way in which Gust is trying to reach a new audience with Atelier Ryza is through the leading lady herself. Every Atelier that has come before Ryza has been a type. It has been to a lesser or greater extent, but every lead protagonist has been a pretty, petite little thing, dressed in a girly skirt, frills aplenty. Ryza is different, though. Ryza is already famous within a certain section of the gaming audience because she’s got bulging thighs, a bit butt, inflated chest, and it all wobbles good and proper. And, rather than wear a skirt, Ryza’s decked out in the tiniest hotpants that any halfway believable legal system will allow.

Amazingly enough, given that certain section of the gaming audience can’t get over the apparent fanservice of this direction and are going heavy on the “thicc” memes, this was actually done out of consideration for Ryza’s modesty, Hosoi said. Atelier Ryza is a more ambitious game than previous Atelier titles, in terms of what you can do in the world itself. You can go rock climbing, or crawling around tiny nooks and crannies. To give Ryza a skirt would have been to risk people find screenshot opportunities that the team never intended. “We always try to sure that even if a character does wear skirts or dresses that you won’t ever see their underwear,” Hosoi said. “With the way we’ve designed this game, there would have been that risk, so we decided that we would dress her in shorts this time around.

“Beyond that. Ryza’s the daughter of a farmer, so in with that in mind, she probably helps out in the fields with the farming. You probably don’t see many girls in frilly little skirts helping out on the farms, so pants made more sense from that perspective as well. Finally, because the theme of the game is that it takes place in summer, we felt that long pants wouldn’t have made sense from that perspective either.” 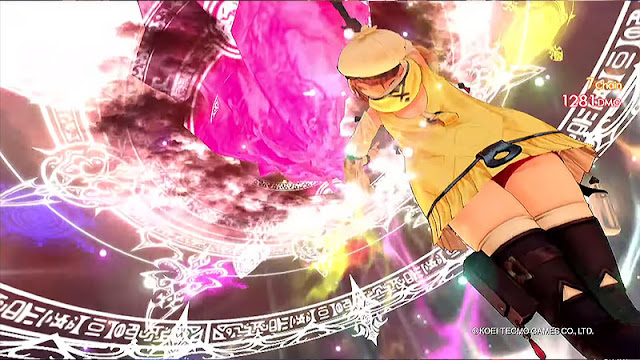 The end result is a protagonist that is a significant step away from the traditional sense of beauty that you’d see in Japan. “Thicc” doesn’t have the quite the same appeal in Japan, that it does in a western culture saturated with McDonalds and Kardashian. Rather, “petite” is still very much the ideal, for all the positive and negative connotations of that, so that raises the question – was Ryza designed as in a bid to further push Atelier in the west?

“There was no specific audience we were aiming at,” Hosoi said. “We think that she’d be someone that all players will really enjoy. We did reference some western titles as well in the design process, but we really are aiming for her to appeal to everyone.”

The next generation of Atelier gameplay

However audiences respond to Ryza (or any of the other characters that join her on her journey), her new design has opened new windows for a new approach to world design. According to Hosoi, it’s not an attempt at open world, as we saw in Atelier Firis, but it is a more freeform “open” series of spaces, with plenty to do. “We wanted to make it enjoyable to go out, explore, or find things on the field,” Hosoi said. “So Ryza will have a lot more available actions on the field, and we really drew a lot of inspiration from Rise of the Tomb Raider, where there is a real adventure element to exploring the world.” 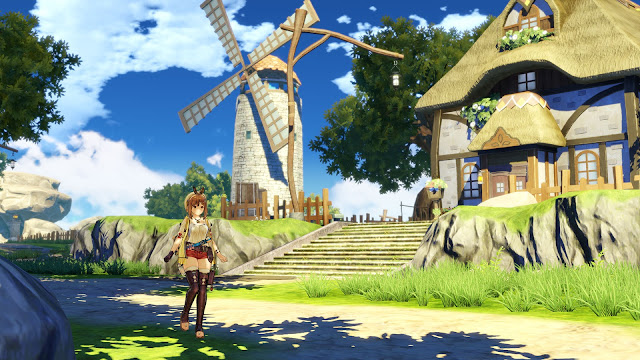 Hosoi’s comment raises an interesting question. Atelier, as a property, has been beloved by a healthy niche of players for generations of consoles now, but, one of the odd quirks of this audience is that they seem to want contradictory things from the series. Some love the time limits that some of the games impose. Others do not. Some love a particular flavor of the series’ various alchemy systems that others can’t wait to see the back of. Atelier remains an experimental series in many ways, but the question is, how does the team approach something where it sometimes feels that no matter what direction the developers actually take, some fans are going to be disappointed by it?

“With the Atelier series, we usually do them in three, as a trilogy, and each time we always undergo review and look to different ways when we head on the next time around,” Hosoi said. “There may be someone who likes Dusk series but may not like the Arland, or someone else who prefers the Mysterious series. We know – keenly! – that there is a wide variety of players, and with each new entry, we always hope to find a new audience. It’s not that we’re trying to lose existing ones, but we do want to keep on growing the fan base for Atelier.

“Beyond that, the chances that we make challenge the team creatively, and we like to keep ourselves challenged when making these games.” 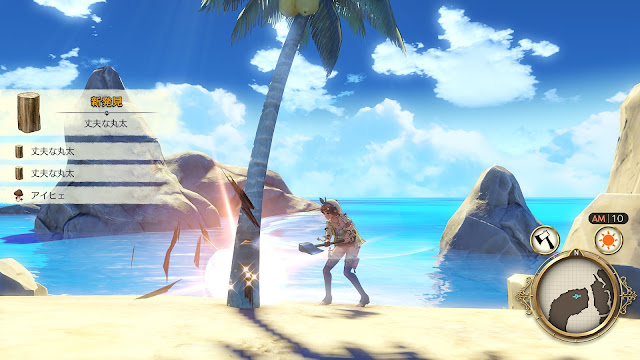 One area where players will see a substantial difference in Atelier Ryza is the combat system. This time around it’s very fast and fluid – a far cry from the relatively stoic turn-based action of yesteryear. I asked Hosoi if there had ever been the temptation to simply go all the way and indulge a real-time action combat system. After all, after Nights of Azure, we know that Gust is more than capable of that.

“It may feel a little bit more like an action game, but we’re not planning on making an actual action game any time soon,” Hosoi said. “However, we are looking to make the series a lot more intuitive, easy to pick up, easy to play, and easy to understand.”

Of course, while Gust and the Atelier development team do continue to try to find new audiences, and challenge themselves with the company’s flagship franchise, there are some things that will always remain consistent to Atelier. The warm and familiar storytelling. The rich alchemy systems. And, of course, the barrels. The cheerful little “taruuu!” quip of each Atelier protagonist when she sees a barrel. Atelier Ryza is no different there, either. Ryza’s “taruuu” is adorable.