Announced during a stage event at Tokyo Game Show 2019, we now know that Warriors Orochi 4 Ultimate will be released in Japan for the Nintendo Switch and PlayStation 4 on December 19. It will be available as a standalone title as well as DLC for the original Warriors Orochi 4 title. Two new characters have also been announced: Hades, a brand-new character, and Achilles of Warriors: Legend of Troy. To celebrate, developer Omega Force and publisher Koei Tecmo have released a new gameplay trailer:

European and American territories will have to wait until February 2020 for the title, when it was release on PC (worldwide), Nintendo Switch, PlayStation 4, and Xbox One.

The Nintendo Switch seems to have every type of game a person may want, save for one gaping hole: it lacks any sort of Hatsune Miku game. And it’s just unacceptable that it does, so we were thrilled to bits when Hatsune Miku: Project Diva MegaMix was announced for the Switch. It will have 10 new songs versus Project Diva on the PlayStation 4. 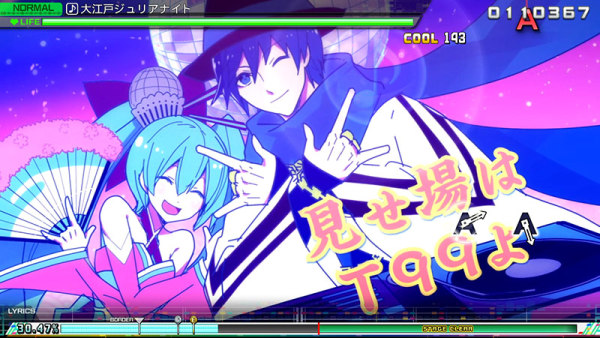 Sega announced two of the 10 titles during a stage event at Tokyo Game Show 2019. The titles are Hibana by DECO*27 and Ohedo Julia-Night by Mitchie M. Three songs have been announced previously: 39 Music! by Mikito-P., Alien Alien by Nayutan Seijin, and Dreamin’ Chuchu by emon (Tes.).

Hatsune Miku: Project Diva MegaMix will be released for the Nintendo Switch in Japan just in time to spend Valentine’s with your favourite vocaloid, February 13. The title will come to American and European territories sometime later next year.

Guess what: this is another TGS 2019 stage event story! Imagine that! Again, we have a title published by Koei Tecmo, but this time developed by Gust. It’s Atelier Ryza: Ever Darkness & the Secret Hideout, and there is a new story trailer and a new synthesis trailer available to watch now:

The trailers were revealed at the Atelier Ryza: Ever Darkness & the Secret Hideout + Gust Special Stage.

Atelier Ryza: Ever Darkness & the Secret Hideout will be released in Japan for the Nintendo Switch and PlayStation 4 on September 26. North Americans can expect it on Switch, PC, and PlayStation 4 on October 29; Europeans will have to wait a few extra days to November 1.

This CUC is all-TGS, half-Atelier, and there’s absolutely nothing wrong with that. During the same Atelier Ryza: Ever Darkness & the Secret Hideout + Gust Special Stage event, Gust and Koei Tecmo announced the Atelier Dusk Trilogy Deluxe Pack for Nintendo Switch, PC via Steam, and PlayStation 4.

We don’t have a release date yet, but more information should be released on September 26. A worldwide release is confirmed.

I went hands-on with Hatsune Miku on Switch at TGS… very hands-on!

TGS 2019 interview: On taking Atelier in a new direction