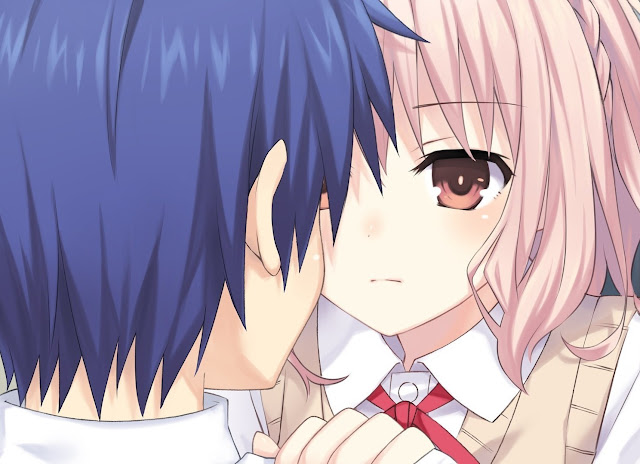 Tsunako is a rare genius. Best known for her work for Compile Heart with the Hyperdimension Neptunia series, I can’t think of many character artists out there with a better grasp of light-hearted, charming fan service than Tsunako. Date A Live, both as an anime property and series of visual novels, is really best thought of as delivery mechanism for Tsunako’s art, and it’s so good at it that I’m glad that Idea Factory has finally seen fit to localise this series to the west.

Related reading: Our review of the first season of the Date A Live anime from way back in 2014

Rio Reincarnation actually includes three full visual novels: Rinne Utopia, Ars Install, and Rio Reincarnation itself. It’s just as well that the three are all there in the one package, because they build on one another, and without having played through the first two, you would have been missing a lot were you to jump directly into Rio Reincarnation. The result is an absolutely mammoth compilation, with three lengthy visual novels to play through. Thankfully, they’re all a load of fun.

Date A Live itself, as a narrative property, lends itself well to the visual novel format. The overarching narrative hook is that you play as the one guy on the planet who is able to save it from a group of humanoid spirits powerful enough to destroy everything if their emotions are not held in check. And how do you do that? By going on dates with them, and keeping them happy. It’s straight down the line harem fantasy stuff, blending science fiction and romantic comedy elements together, and the kind of decisions that you need to make as you play along are the very epitome of what you’d expect from a visual novel. You need to choose which girl that you want to hang out with, deal with the occasional embarrassing moment while on the date and, of course, navigate through plenty of playful sexuality. 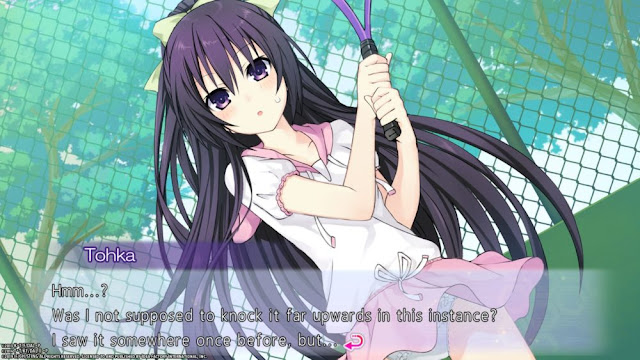 Each of the three games travel over the full gamut of tropes that you’d expect from fanservicey harem fantasies. The girls end up living with the boy for a time, and despite there being no parental supervision, no one stops to question the wisdom of that. Every girl has her own way of vying for the boy’s attention, though ultimately there’s no jealously of playground politics that go on. It wouldn’t match the tone if everything didn’t get along on some level. The school is the main setting, and the few other male characters that show up and lecherous twits, just so it’s abundantly clear that for all intents and purposes you’re playing the only male of worth in the world.

Despite there being absolutely nothing in Date A Live that will surprise anyone with an even mild familiarity with how harem anime works, it is well-written and that in itself elevates it above most of the genre. Most harem anime has truly cringe-worthy motivations for getting the characters into ridiculously fanservicey interactions, but Date A Live is almost restrained by comparison. Yes, it has its moments, but there’s a tone akin to the slice of life genre to much of the storytelling and character interactions. They’re never believable – the girls have personalities that are as hyper-idealised as the art of Tsunako herself – but they’re richly lovable.

Tsunako’s art is a special kind of simplicity. Compared with even some of the other fan service-focused anime artists, Tsunako’s designs feature clean, bold lines and flat details. That really works for her, though, because her characters are always, universally, perfect and without any kind of blemish. It’s a little like how Japan’s kawaii-cute mascot culture works – Hello Kitty, Rilakkuma, Kumamon, Gunma-chan and any other number of other mascots are so popular precisely because they’re a kind of “empty” – a great simplicity that appeals because it draws the eye and is so bright and colourful it’s impossible not to be charmed by it. And because it’s so simple that it’s effectively a blank slate, you can apply whatever interpretation you’d like to it. Hell, my favourite digital being of all – Hastune Miku – belongs to the same tradition. If you look at her official design, it’s incredibly simple, and then fans build on that through their own fan art. 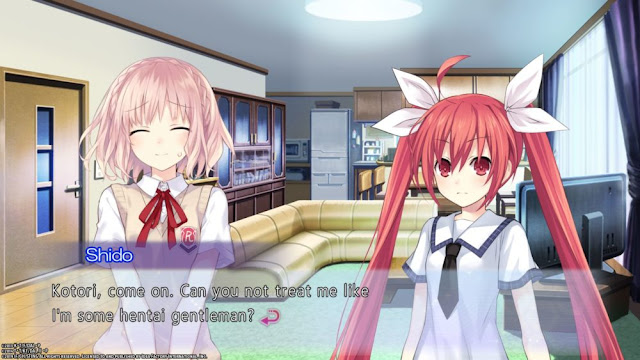 Tsunako is perhaps the ultimate example of this kind of artist, at least as far as human-like characters are concerned. There’s an elegance to their simplicity that really holds the eye, and with such bold, clean lines, the way each character fills the screen is hugely appealing. That simplicity also means that Date A Live is less visually draining than some other, more graphically detailed visual novels – the less busy the screen the longer you can stare at it comfortably. Coupled with the quality writing and subtle, but charming animation, I found it genuinely hard to tear myself away from and of the visual novels in Rio Reincarnation, and would find myself playing for hours at a time. I love VNs, but, particularly when I’m playing on TV, even I find myself itching to do something a little more active after a while. It takes something of the quality of Steins;Gate, Danganronpa, or Death Mark to keep me fixated, and Date A Live is very much in that league.

It’s also worth noting that while Date A Live is certainly a fanservicey VN and experience, the fan service isn’t as frequently the same kind of raunchy and overt sexuality that you’d see in something line Song of Memories, Kotodama or others. There’s the occasional low angle shot, or panties and bras on display, but characters don’t have ridiculous, oversized boobs, and in most cases their costumes are in line with the normal things that normal people wear. Further, unlike something like Our World Is Ended, there’s not the same effort to draw attention to female body parts and make inappropriately raunchy humour with every second line of dialogue. Date A Live isn’t exactly subtle, but it’s also not over-the-top to the point of being self-destructive.

As far as visual novels go, there’s a nice element of interactivity to Date A Live. You’re free to move around the city and school grounds to track down the people that you want to hang out with, and this gives the game a easily defined decision tree that helps when figuring out how to get the various endings available. With each title encouraging many multiple play throughs, there’s an incredible amount of raw content in this one. And, again, that’s just fine and dandy, because Tsunako draws such freaking pretty girls that staring at them for hour upon hour is hardly a punishment. 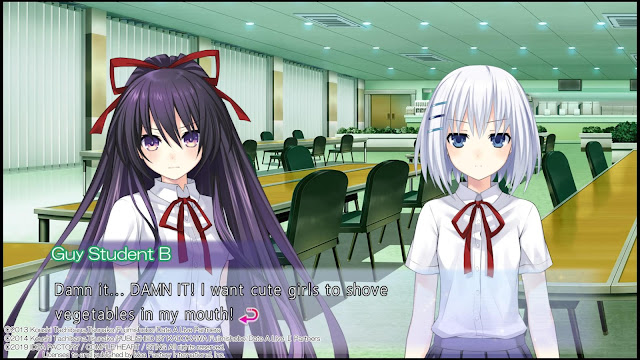 Is Date A Live shallow? Yes and no. There’s a nice little cultural subtext to it, that plays on Japanese Shinto spirituality. As one of the few modern animist faiths that still has an active faith, Shinto spirituality sees gods everywhere, and these girls all certainly have the power of gods in their potential to cause annihilation. Shinto spirituality also humanises their deities, much as the Greek and Roman pantheons of ancient times did. The gods of these religions have a human-like capacity for anger, lust, humour and other moods, and those can swing just as a human’s mood does. Tasking the players to maintain the moods of these god-like, supremely powerful girls is the kind of narrative that could only come out of Japan. Not because of the fan service or visual design, but because it reflects a sense of spirituality that is effectively gone from western culture.

With that being said, there’s nothing really deep being said about Rio Reincarnation, nor the other two visual novels in this package. The trilogy really is a series of straightforward, light-hearted, comedic (without being subversive or satirical), charming and simple stories, backed up with some of the most gorgeous fan service art you’ll find. Sometimes that’s all you need, and Tsunako really is a genius in her field.