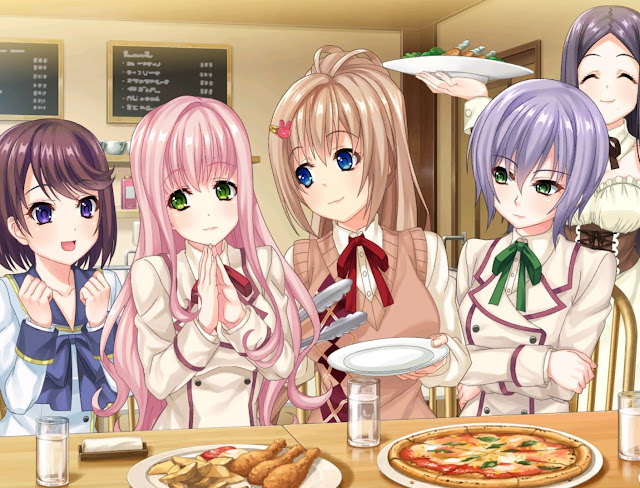 Song of Memories is certainly an eye-opening little visual novel. In fact, it’s greatest strength is its ability to constantly knock you off guard by doing the least expected thing possible. It tries hard (though ultimately fails) to hide some glaring weaknesses behind that penchant for unpredictability, but you’re almost certainly going to come away from this thinking that you’ve never played something quite like this before.

At first, Song of Memories looks and feels like it’s going to be one of those high school romance visual novels. The warm, clean, slice-of-life-esque environments, coupled with the standard, ridiculous fan service give the impression that Song of Memories is something you’ve played many times before if you’ve enough time around the visual novel section on Steam. Nearly the entire cast of girls are proportioned to the point that you feel sorry for them, because they’re all in for some serious back pain later in life. And, of course there’s a sister character, but she’s only adopted so of course it’s perfectly okay that her way of waking you up if you sleep in is to sit on you and beat you with a pillow, while her skirt hitched all the way up, giving you a full view of the mighty shimapan underneath.

And of course you and the aforementioned sister are living at home alone unsupervised after your parents die, and of course the first thing you do is invite another cute girl to come live with you so she doesn’t need to stay at a hospital any longer (and of course the doctor has no problem with that). Of course you’ve got a full harem of other girls to enjoy the company with beyond the downright disturbing household environment, and of course the only male characters are lecherous perverts that are the subject of mockery… and yet the girls are never creeped out enough to actually avoid them, despite them being so utterly creepy.

So the super pervy VN has a rhythm game JRPG combat system. What a game #PS4sharehttps://t.co/LuvL9uBWoV pic.twitter.com/wCoEtJVjfJ

Yes, the opening chapters of Song of Memories are written to be exactly that kind of “romance VN.” But then two weird things happen, and they happen out of nowhere. First, your protagonist discovers a “mobile phone” that appears to have a group of super-intelligent AI girls in an app on it. These digital girls appear as though they’re straight from the magical girl playbook, and are so intelligent that they talk with you as a normal, non-AI person would. Secondly, when you and your harem (both digital and physical) are wandering home at night one night, a monster thing attacks you, shattering the whole “slice of life” theme, and forcing you into a battle, at which point the digital girls step up to defeat enemies through… a rhythm game.

From there, Song of Memories settles back into a romance VN, but the whole second half of the game goes to some very dark places, based on the decisions that you make through the first half of it. Places that still fundamentally confuse me, even having completed the game. It’s not like Fate/Stay Night, in that all the magical stuff starts happening quite early on, and the supernatural and mundane themes play off one another in a cohesive and intertwined way. Song of Memories shifts direction completely and dramatically after a very languishing introduction, and it comes across as a very odd tonal shift. You’re there, playing along with a story in which the most dramatic thing happening is the panties of your sister-but-not-really-so-it’s-totally-okay… and then you’re in the middle of a monster apocalypse.

Confusing as the tonal shifts can be, I was rather happy that the monsters and apocalypse side was in there. The rhythm game combat system is like JRPG stuff, but it works remarkably well, and Song of Memories has a stunning soundtrack to do with that action. Monster designs are fun, and while it’s not the most complex or nuanced combat system out there, as a fan of JRPGs and rhythm games, it’s a combination that I don’t usually get to enjoy. It turned out to be the highlight of the game. 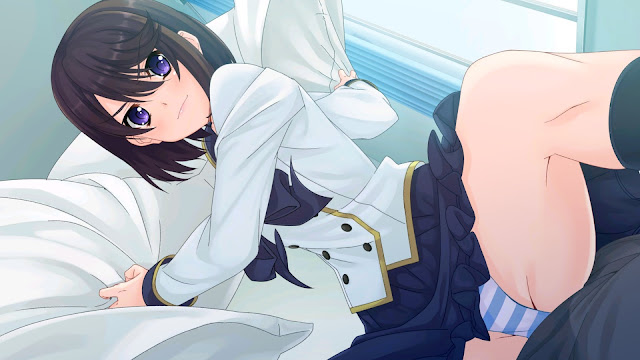 The “romance VN” side of things, didn’t win me over so well. Part of the problem is that the character’s aren’t much of anything. They neatly fit into anime cliche – there’s the sweet but sick girl, there’s the rhythmic gymnast (whose boobs are so ridiculously large that she would be absolutely terrible at that sport), there’s the tsundere, and there’s the shy girl. Better visual novels will have those cliches and then subvert them in some way in order to create more interesting characters, but Song of Memories sticks par for the course, and I found it hard to find any of them truly likable because they’re all so overwhelmingly plain.

I wasn’t a huge fans of the designs of those characters, either. Song of Memories has some gorgeous art work, with clean, bold characters designs that show some nice animation when they’re bantering back and forth. But this is let down by the hyper-exaggerated boobs on the vast majority of the characters, as though the developer decided to compete with Senran Kagura and Xenoblade Chronicles 2. Super oppai works, to an extent, when it’s used for the purposes of comedy, and of course you can argue that Song of Memories features plenty of humour. The problem is that it also tries to frequently strike sentimental and serious tones, and for the purposes of sentimentality, inhuman wobbling boobs are counter-intuitive. It’s far too hard to take the characters seriously enough to become sentimentally attached to them.

There’s also plenty of logic failings that tend to break the immersion, with the developers clearly not building their narrative flowcharts properly. The first example that really stuck in my mind was when the aforementioned sick girl was coming to live in the home. She was to move in on Sunday, but before then I had the opportunity to hang out with one of a couple of different girls after school on the Friday. I chose her, and she started talking as though she had already moved in. Clearly, this was a pre-designed scene to be slotted in for when I selected that character in the “free choice” scenes, but the game clearly doesn’t track those scenes against what’s happening in the main narrative properly. 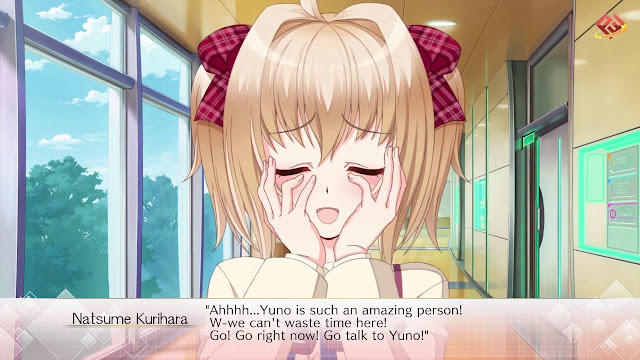 What I found most disappointing about Song of Memories is that it struggled to deliver on the nostalgic tone that it was promising. It wants to be something like a Persona or Blue Reflection, where there’s monsters and fantasy drama to deal with, but also the nostalgia for youth and the daydreaming and social dynamics that come with that. Sadly the characters are not up to that task, the innuendo is relentless, and as visually pleasing as the fan service is, it doesn’t exactly help deliver the game’s themes.

Song of Memories does have an excellent combat system and lite JRPG mechanics. It also has its moments where it’s genuinely amusing, and the contrast between the monster story and the fan service-rich romance is… eclectic. It’s a difficult game to really pin down, but for those that can let the oddity of it all wash over them, it can also be an surprisingly difficult game to put down.

We have a western release date for Atelier Lulua!