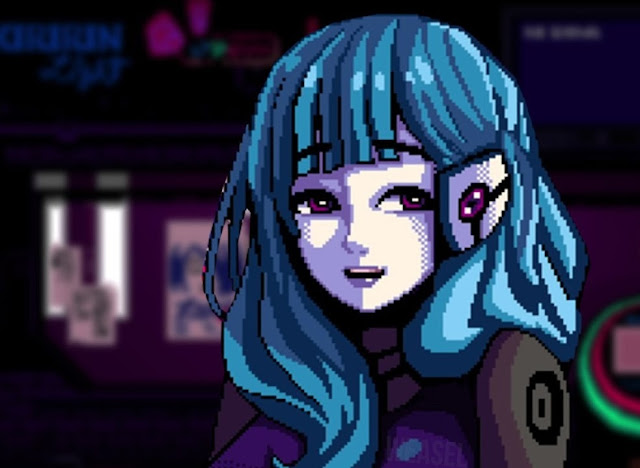 VA-11 HALL-A has been kicking around for a fair few years now, but for one reason or another I have never actually played it before. Finally, after a number of people have been badgering me to finally move it off the backlist, the Nintendo Switch release of it has given me the opportunity to finally knock it off, and now I understand all the recommendations. In fact, I can’t believe it’s taken me so long. In so many ways VA-11 HALL-A is exactly what I wish more game developers were doing.

There’s a trend among indie developers that are working in narrative-focused spaces (visual novels or “walking simulators”) to structure their games in such a way that you play the role of a witness, rather than a participant. Whether it’s Killing Time At Lightspeed, or Bury Me, My Love, or something like Everybody’s Gone To The Rapture, the common thread among them is how little control you really have over what’s going on. In Killing Time, you’re catching up on social media while on a spaceship, watching as the world you left behind falls to pieces. In Bury Me, My Love, you’re following the story of a refugee trying to escape Syria… but you’re not on the journey and can only text message them. In Rapture, you’re piecing together the horrific events that led to a village going silent, and all you can do is watch ghostly re-enactments of past events.

I’m not sure what has encouraged this trend. Perhaps it’s simply that a number of indie developers are looking to asset authorial control over their narratives, or perhaps this movement is in response to the increasingly tired power fantasies that mainstream video games indulge as a matter of course. Regardless of the underlying reason behind it, it is a clear tread, and VA-11 HALL-A is another example of it. In VA-11, you play as a bartender in a run down, soon-to-be-closed, sleazy watering hole. Clients come in, chat with you over a couple of drinks, and leave. You are stuck behind the bar, and have no agency over the actions of any of these patrons. All you can do for them is to offer to mix up a drink. 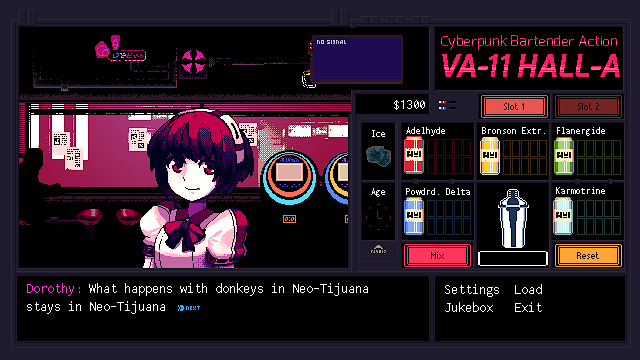 Each character is heavily involved in the wider world, however, and the stories they weave depict everything from the socio-political ramifications of living within a ruinous dystopia through to their own personal challenges and philosophies as they struggle through life. From the jaded Internet news sity editor to the Hatsune Miku-like idol, from the pretentious philosopher (a.k.a my aspiration) to the live streamer, and from the assassin to the robot prostitute that deliberately keeps herself looking like a child in order to appeal to a certain type of client, the people that drop into your little bar are an eclectic bunch, each with their own personal stories of both joy and woe to share.

Each of the characters canvases a whole range of themes – the robot sex worker, for example, offers a discourse across a range of themes around consent. Does consent matter with regards to synthetic beings? It’s not a topic of intense relevance to the world right now, but between technologies such as VR, AR, robotics and AI, it’s going to be a ethical debate that mainstream society needs to have sooner rather than later.

The Hatsune Miku-like, meanwhile, represents an ongoing conversation regarding the role of celebrity in society. Another character is part of the police force in the increasingly totalitarian state, and represents the tension between the necessity of police forces for the health of society, versus their potential for corruption, and the culpability of individuals within the forces for their actions. The newspaper editor is a deeply unpleasant person, but his sensationalist way of looking at the world and interpreting what he sees is certainly poignant in an era dominated but Murdoch-run trash. 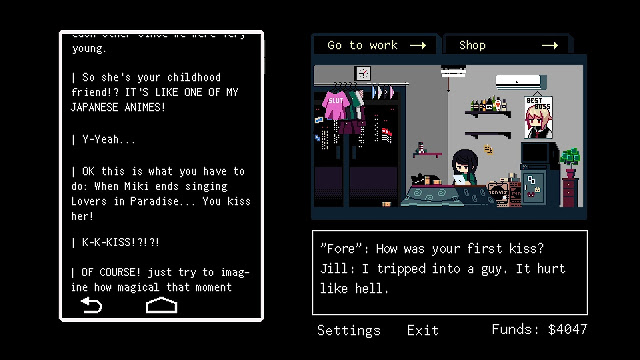 The philosopher-fellow is a neat deconstruction of the way people tend to prescribe “pretentiousness” to intelligence, and the streamer’s a conversation on the upward pressure on online celebrities to undertake risky behaviour in order to appease a fickle and generally uncaring community. There’s plenty of other characters, too, and every character in VA-11 HALL-A has a unique and intense story that will really get you thinking. It’s a testament to the quality of the writing that every single one of those stories is provocative and interesting, right through to the end. It’s not so much that these characters have mysteries – it’s nothing so cheap as that. It’s that every character is believable, nuanced, and exceedingly well written. No character is irredeemably unlikable, and no character is outright likable, either. They’re all flawed, but none of them are caricatures.

VA-11 HALL-A is one of the few cyberpunk games that engages with the “cyberpunk” setting as more than an aesthetic. You don’t get to see much of the world (because you’re stuck behind a bar for the most part, remember), but the world portrayed through those conversations and the news tidbits that you pick up along the way is one of pure dystopia, in which corporations are faceless and fearless, and people struggle to eke out a life in that oppressive, Ayn-Rand-unleashed libertarian nightmare.

At the same time there is a strong sense of the punk. No one’s comfortable with the status quo, and characters fight hard for their individual liberties. Many (if not most) of the characters are bisexual, and the way that the narrative is sympathetic to each character, from each walk of life (but particularly those of working classes). There’s also an aggressive sense of moral and ethical righteousness in the way that characters and situations are presented, which encapsulates the revolutionary spirit that punk is meant to represent. Again, it’s all quite brilliantly written, and no more outwardly preachy than a Banksy painting. Scratching away at the surface bears its unashamedly punk roots, though, in a world of sentient robots, augmentations, and truly liberated sexual freedom. It’s genuine cyberpunk. 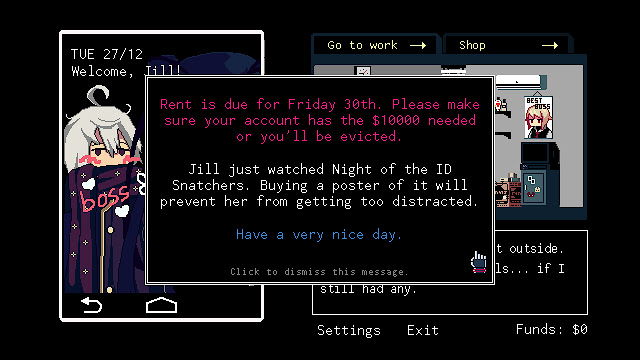 Your lack of agency over events within the game is important to VA-11 HALL-A – you’ll want to help the other characters out in some way or another, but you can’t, so it’s pointed that the most you can do is try and get their drinks right. Each person will regularly ask you to mix them a drink, which you do by measuring out set ingredients based on what’s in a menu book. Sometimes they’ll tell you exactly what they’re looking for (“get me a Blue Fairy!”) while at other times they’ll give you more general requests (“I want something sweet!”). The most complicated the game gets is when it tests your memory and awareness, and a patron will say something like “get me my usual,” or they’ll be deliberately cryptic in their request. For the most part this gameplay mechanic is kept deliberately simple and easy to achieve – you’re here for the stories, not the challenge.

When I think about the best visual novels out there – the likes of Steins;Gate and Danganronpa, VA-11 HALL-A shares many of the same traits. It’s thoughtfully written, to provide some deeper insights and philosophical musics that help to elevate the game above being simple entertainment… but at the same time it does so in a vibrant and deeply entertaining way. And it is impossible to put down.