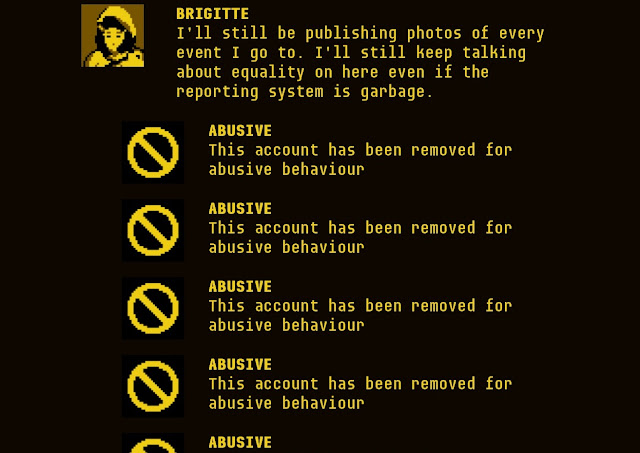 Killing Time At Lightspeed is one of the most effective conversations about the role, purpose, and deep, abiding flaws of social media that I’ve ever come across.

It’s a text-driven narrative game, set in the era of space travel in which you play as a person that has decided to leave their life on Earth in order to journey to the far reaches. While on that journey, you’ve got downtime where there’s not much else to do than sit down and browse news and social feeds from back at home. Yes, even that far into in the future the in-flight movies are patchy in quality at best.

Anyhow, there you are browsing your (Facebook-like) social feed and (Reddit-like) news feed. But there’s a catch. The further away from Earth you get, the longer it takes for the data to get to you. At first you’re not going to notice any delay in what you’re seeing on the screen from when it happened back at earth. Soon enough, though, the length of time it takes to transmit data over the vast reaches of space means that you’re reading news articles that are months old and “liking” posts by friends that everyone has long forgotten about. 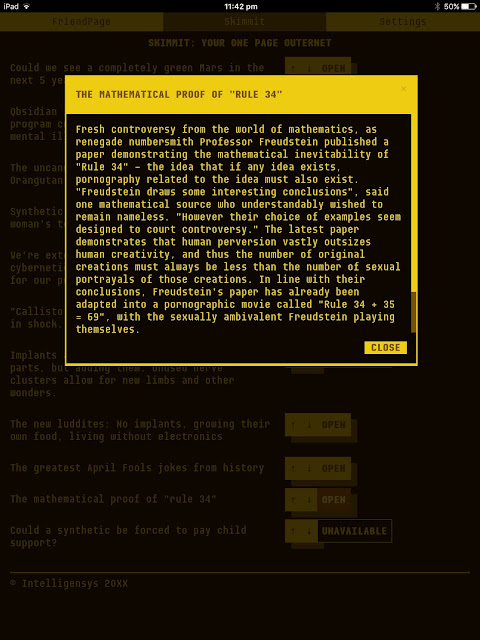 Worse, the world that you’ve left behind has been going through extreme social upheaval. People are developing relationships with synthetics, or implementing technology into their bodies to the point that the question “what is human” has become intensely relevant. Governments are cracking down on an increasingly bored youth. There are riots and discrimination between groups becomes critical. And meanwhile, sitting there on the spaceship and browsing through all this information from a very great distance, those time delays in getting information just keep stretching longer and longer…

Here’s the thing. I actually experienced anxiety while playing Killing Time At Lightspeed. I’ve been in a situation in the past where a major (and life threatening) drama was escalating within my social unit, but at that point in time I wasn’t able to do much more than sit on Facebook, and do some desktop research to try and do my bit to help. That was the moment that I realised the real weaknesses of social media as a social communication platform. They’re fine to go on rants, share photos (or, at my point in life, and that of my social circle, baby photos), and joke about Donald Trump – I mean share hard-hitting news stories – but when it comes to being able to be an active part of your friend’s like, social media is inevitably going to let you down.

Killing Time At Lightspeed is so well-written that I did recall the stress of being able to follow along with what’s going on with friends, but not be there to help. On the virtual social feed, there’s all kinds of events that cause people to disappear for periods of time, or post increasingly desperate comments. Another time I had people ask me to keep an eye out for messages from a person that they’re worried about. Except, of course, at that point I was separated by months of time. The one thing that social media can do in a crisis – help large numbers of people connect quickly – was also taken away from me. 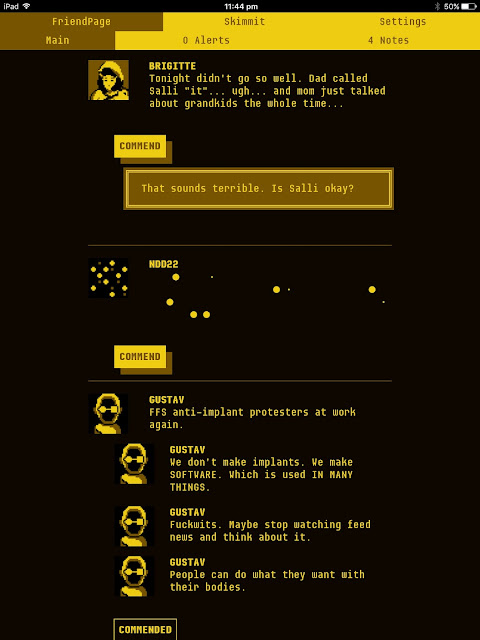 And after that I started to feel an intense sense of loneliness and melancholy. The interactions I can have with my ‘friends’ become increasingly superficial and as distant as the physical distance between us. If they’re having a bad day there’s no point asking if they’re “okay” since, by the time they see the message, they would have felt a million other things. Major life events will pass me by. I started to become shocked by just how “quickly” people have changed. With every “refresh” of the screen time becomes more stretched (I, after all, am travelling at the speed of light, so time is passing much more slowly for me relatively to my friends, which compounds the issue that it’s taking ever longer for messages to reach me). With every “refresh” of the screen I became increasingly apprehensive and just what I’m going to see happen to my friends.

The aesthetics and presentation of Killing Time At Lightspeed help. The yellowed retro-style art is cold, distant. The music subtly menacing. Flicking over to the news feed, there are so many different stories that I’m told I can’t access. Some are amusing. Others suggest critical events back on earth. And again, I’m such a distant observer.

It can’t have been easy finding that balance between giving the game’s characters enough personality and accessible information that players can come to love them, while also holding back enough information that we can feel isolated from them. But Killing Time At Lightspeed’s developer, John Kane, has achieved that magnificently. There were people in my friends list that are the equivalent of the relative that you kinda have to leave on there, but don’t care for their opinions. There were people who’s posts I would follow religiously, and then others that I would skim over most of the time. Just like how I use Facebook in the real world. The success of Killing Time At Lightspeed relied on it being an authentic and believable social network experience, and it really is. 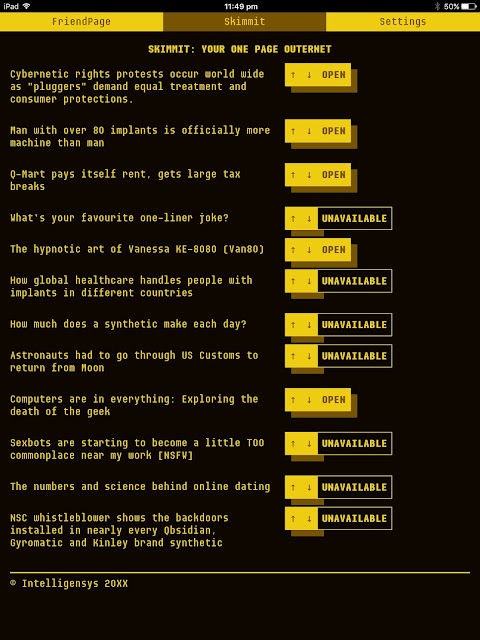 This game is memorable. It’s one I’m going to keep referencing back to, both as an example of really clean, effective writing, and an intelligent concept executed with startling precision. It works as discussion on social interactions, the role technology has on our lives, and a critique of the increasing reliance we have on social media. It’s superb, different, and an essential experience.

Dead or Alive has a new character (sort of)