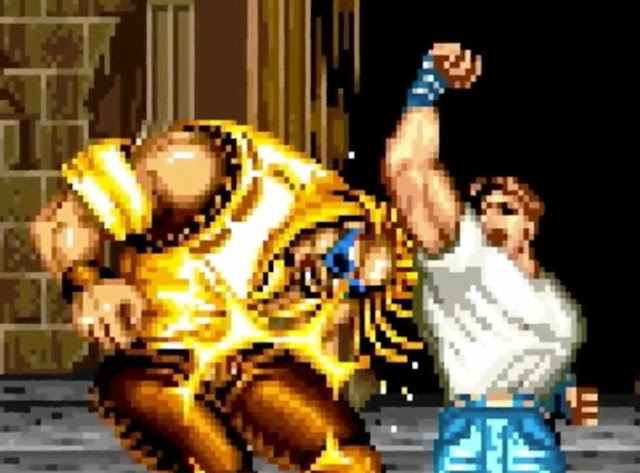 Beat ‘em ups have been an arcade staple due to their simplicity. Often only requiring two buttons (an attack and jump), the game’s allowed players to feel like they’re successful enough at it to plop down another quarter in the arcade when they inevitably die due to an onslaught of on-screen enemies. It was a successful strategy for Capcom in the arcades during the 90s, but how does a compilation translate to Nintendo Switch?

Since this is a nostalgia-driven package, I jumped into the game I had the most fond memories of: Captain Commando. Looking back, I’m not sure why I ever liked the game so much beyond it’s cool futuristic art style and the fact that you can play as a baby controlling a robot (something every game should have), as it’s a very basic brawler with no real depth. Many of the boss fights wind up being more of a test than patience than skill, and it was just a disappointing start to the package.

Thankfully, Final Fight served as more of a palate cleanser as the classic brawler features better overall design than Captain Commando. The art style might not be nearly as cool, and the combat still feels a bit too basic, but the levels just flow better. It’s also helped that the game stars some iconic characters such as Cody and Mike Haggar, as it’s nice to see their humble beginnings. 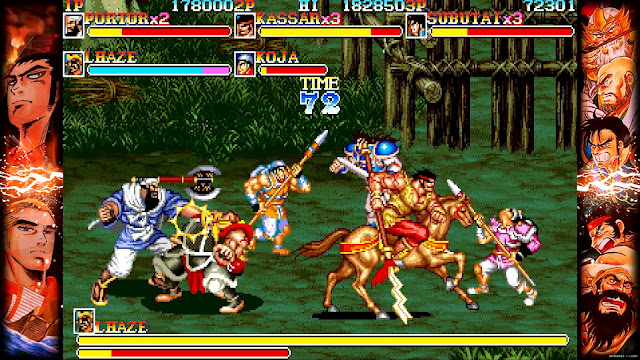 While many of the games drag on due to their repetitive nature, many of the games showcase Capcom’s attempts at adding nuance to the genre. The King of Dragons adds a role-playing game leveling system, which fits in perfectly with its medieval fantasy world. It really shines when played in multiplayer, as the different classes are built to complement each other, but it’s dull in single-player, so the design choice has a drawback as well.

One of the newest releases, and I use that term loosely since it was released in 1994, is Armored Warriors. This proved to be my biggest surprise and enjoyment in the entire collection, as it’s a mecha-based beat ’em up that blends genre through the use of sub-weapons (such as different guns). Not only does the game play better than nearly every other game on the list, but its artwork has aged gracefully. It really does signify what is great about these type of compilations, which is discovering a classic game for the first time.

The most recently released game is 1997’s Battle Circuit and it really feels like the culmination of Capcom’s expertise regarding the genre. It has a really thorough upgrade system that allows players to purchase special moves after stages. The combat, for the most part, is still simple as it’s a two-button game, but there are so many different systems in place that it never feels like it needs any further complications. It’s the perfect mixture of being accessible with necessary depth, and the sci-fi theme of the game is a true highlight of the package. 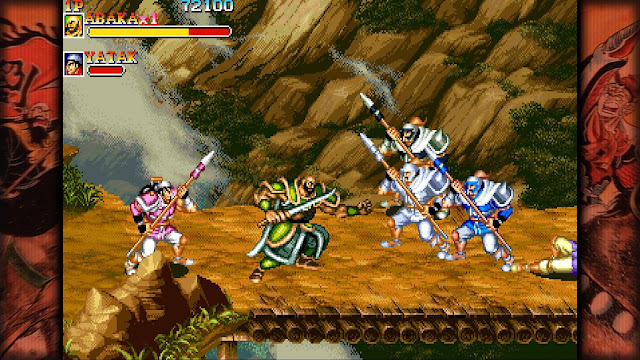 Warriors of Fate, which is the sequel to Dynasty Wars (a game sadly not included) is another neat addition. Not only does it feature plenty of Chinese historical figures, such as Cao Cao and Lu Bu, but there’s a great horse-riding system that allows players to steal them from enemies and then gain a temporary advantage. Most of the names are annoyingly changed in the English version of the game, but it’s still a cool attempt at spreading history through interactive media.

Another highlight is the Arthurian-legend themed Knights of the Round. It may only feature three playable characters, but the action feels fluid and there’s a great armor mechanic that sees characters changing their look as they level up. Seeing Lancelot in full gear is enough to make anyone swoon, and it’s one of the few titles where I wasn’t just waiting for the credits to roll by the end.

Capcom has made some great choices to help modernize this collection with the usual assortment of save slots, and game options (such as infinite credits). Where they’ve gone above and beyond the standard is by including Japanese versions of each game (which is a great addition for die-hard fans wanting to see all the minor changes), and a gallery filled with concept art that can be screenshotted to your heart’s desire. 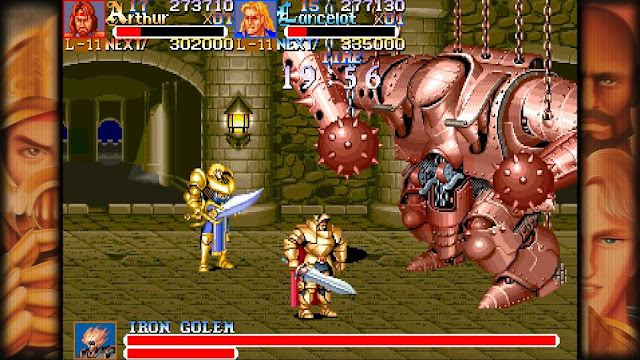 Sadly, if there’s one disappointment to be had with the modern features that have been added it’s the inclusion of online play. Not only did I experience occasional lag during my play sessions, but the way disconnects are handled leave a lot to be desired. If a host leaves, the rest of the players are kicked out with no option to continue playing. In my experience, many players didn’t want to sit through an entire game, and it wound up being more frustrating to play with others. Of course, if players have friends that own the collection this issue can be avoided, but playing with random gamers is not great.

If there’s one takeaway to be had from the Capcom Beat ‘Em Up Bundle, it’s that genre-themed compilations aren’t the best way to repackage these classic titles. Capcom’s earlier attempts, such as the PSP’s Capcom Classics Remixed and Reloaded would scatter in a few brawlers in a package of 20 arcade games. This made for a much more palatable collection, as a little beat ‘em up nostalgia can go a long way. That said, as long as players can pace out their play sessions, this collection is still plenty of fun since there are more hits than misses and isn’t an awful value at its current price point.