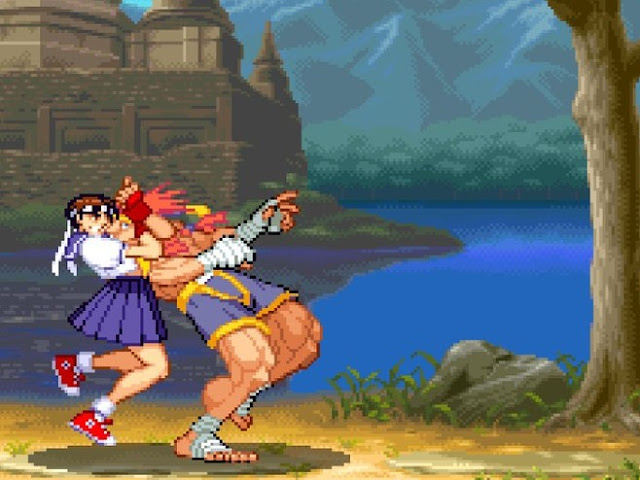 Imagine how you must have felt to be a Street Fighter fan and purchase Ultra Street Fighter 2: The Final Challenge when it launched last year on Nintendo Switch. In that game package you get a single version of Street Fighter 2, some unnecessary HD sprites, and a pathetic motion controlled mini game. Then, a little later on, Capcom releases this 30th Anniversary Collection, with a dozen different classic Street Fighter games and a host of lovingly presented historical memorabilia from the franchise. That other game looks more and more insulting by the day.

But we’re not there to review that one. We’re here to review the Collection, and it’s a fine set of games indeed. What’s important to understand, though, is that most of them you’ll play once or twice and never touch again. The original Street Fighter, for example, is an interesting curiously to be sure, but it’s nothing more than that. It doesn’t play particularly well (actually, it’s downright aggravating), and it, along with all the others are basic arcade games, meaning that don’t play as well are not worth playing more than once or twice.

It’s also important to understand that the Street Fighter series works in such a way that “a dozen games” doesn’t exactly mean what it does for most franchises. See, Street Fighter has a long history of iterations only being slight tweaks of existing games. So for example, in this package you’ve got Street Fighter II: Hyper Fighting, Super Street Fighter II: The New Challengers, Street Fighter II The World Warrior, and Street Fighter II: Champion Edition. It would be a real stretch to say that those games are different enough from one another to be considered separate games. It’s great that they’re in the pack in the name of completeness, but once you’ve got your preferred version of Street Fighter II, that will be the one you exclusively stick to, and I can’t help but think this game would have worked so much more as a nostalgic rush if the developer had have included some of the lesser quality, but more distinctive titles. I would have loved the chance to play with a couple of the old handheld Street Fighters, for example. Not because they were better games, but simply because it would have been amusing to remind myself of just what Street Fighter fans used to put up with in order to play their favourite franchise on the go. 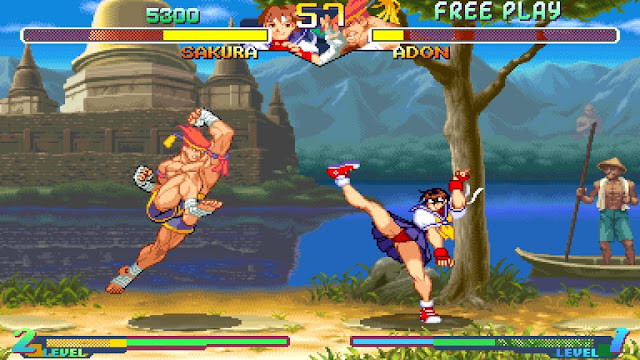 As for me personally, my go-to game is Street Fighter Alpha 3, and that’s mostly because that game has Sakura in it, and while I’ve never been a massive fan of the Street Fighter roster, I am a massive fan of Sakura. As an arcade game, all these Street Fighter titles hold up well against the test of time, in that they’re fluid, technical fighting games that offer a good, but fair, difficulty curve. Actually mastering any character takes plenty of practice and work, and then, once you’re good enough to handle the AI, you can always take the competition up against other players. Thankfully, there’s online multiplayer across a number of the Collection’s games (Turbo: Hyper Fighting, Super Turbo, Alpha 3, and 3rd Strike), and given the vintage nature of the Collection, I can easily see this particular title maintaining a strong online community among the Street Fighter faithful for a long time to come.

Even more neat is the ability to get four Nintendo Switches together and play a tournament for up to eight players of Super Street Fighter II, which is an exclusive feature to the Collection. It might sound like a steep request, to get four consoles and copies of the game together, but given that Street Fighter has been part of the competitive fighting game scene for the longest time, I can easily see many impromptu competitions springing up at esports events as fans and players alike bring their Nintendo Switches with them. Together with the online play options, it becomes clear quickly that a lot of thought and work has gone into this Collection to make it something more than a dump of the classic fighting games of yesteryear.

The effort and love for Street Fighter also extends to the various museum-like features that is included in the Collection, from rare art work, to in-depth examination of the characters, a full and comprehensive timeline, and just about everything else that players need to get a real sense of this history and heritage behind this series. If you’re anything like me then you’ll find a lot in there quite illuminating. I’m not a hardcore player of Street Fighter and have missed many of the individual titles over the years. The museum has been invaluable in getting me up to speed with each game’s place within the whole, providing me with interesting bits of trivia, and generally giving me a better sense of just how extensive the Street Fighter franchise really is. 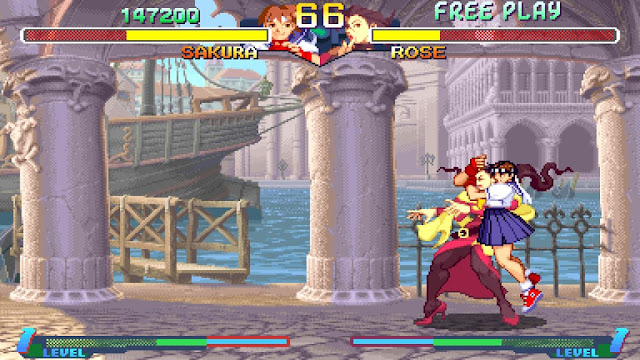 As far as the emulation of the titles go, they all run silky smooth, and you’ve got a number of options around screen aspect ratio (stretch it full screen or give it borders), and the ability to save the game midway through, which is an incredibly useful feature for when you’re only halfway through a good run through the arcade mode but your train has arrived at your stop.

There’s also the ability to customise the buttons, and this is important, because the one problem the Collection has has to do with the hardware. Street Fighter, in the arcades, uses two sets of three buttons to determine attacks; three different punch commands, and three different kick commands. However, the Nintendo Switch only has four face buttons, meaning that two of the attack buttons need to be mapped to shoulder buttons, which isn’t ideal. With the customisation options you might not be able to fix the problem entirely, but you can make the layout as comfortable as possible for the attacks and specials that you tend to use the most. Sadly there’s no getting over how poor both the “D-pad” and analogue stick on the Switch’s hardware is for traditional fighting games like these. But hey, everyone else needs to struggle with the same hardware issues as you, so there’s still no excuse for losing.

The most impressive thing about Street Fighter is just how playable it is to this day (at least, from Street Fighter II onwards). Most games, let alone fighting games, move from being current to quaint, and then obsolete and archaic within a few short decades. The older the get, the more the games become for purists and the nostalgic only, because something modern has done everything the old game has done, only better. While modern fighting games are certainly more complex than these old Street Fighter games, it’s difficult to argue they are more playable, and to this day the environments and animation quality of the characters is incredibly impressive on the eyes. Bringing a dozen these games together, and then adding superb customisation options and a museum mode that manages to be genuinely informative, and you’ve got one incredible celebration of a fighting game series that has meant so much to so many people over the years.