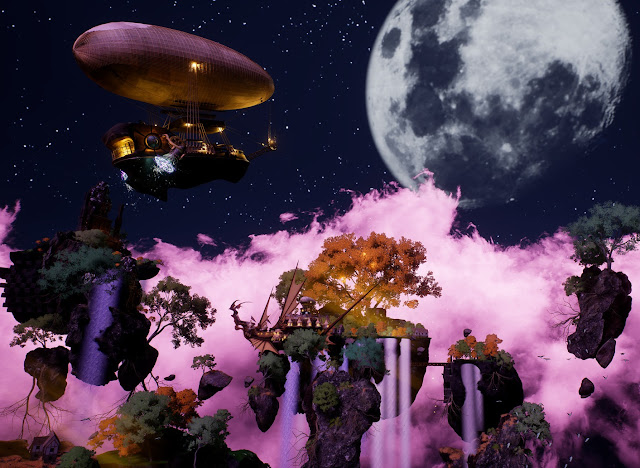 One of the big successes over at Kickstarter in recent times has been Wild Mage: Phantom Twilight, a an open world action/adventure RPG from Luna Orion studio. It managed to meet plenty of stretch goals beyond its initial funding, and because of this PS4, Xbox One, Nintendo Switch and PC fans can all look forward to the game in a few years.

Yes, that’s right, a few years. This one’s still very early on in development and Early Access alone is Q4 2019. The console release is TBA, but you can be almost certain that it’ll be 2020 at the earliest.

It does sound really good though. From the press release:


As a Wild Mage, you act as the right hand of the Tower of Heaven, extracting adventures, escorting Ships, delivering goods, reclaiming lost islands. The game also features a wide variety of powerful spells acquired through adventures, with the ability to use runes to amplify them.

Almost everything is destructible in some way, floating islands are made with voxels and can be tunneled or destroyed, structures (bridges, walls, houses) take damage from spells or monsters, along with dynamic fire propagation. You can mine resources and craft relics in the game but items so powerful they must be kept in the center of the islands.

So, one to keep an eye out for! If you see this story soon after we publish it, the Kickstarter itself is still open for a few more hours, just in case you want to get on board right from the start. Here’s the link.