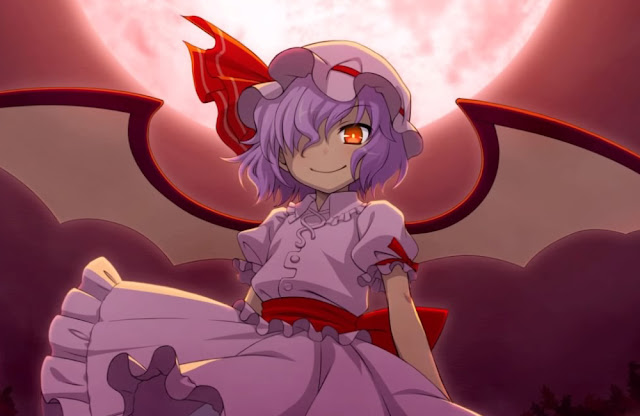 Despite a dedicated fanbase, the Touhou Project series has always had a very small presence in the West. Bullet hells are niche to begin with, but Touhou is driven by a doujin community with limited reach beyond Japan. Fortunately, publishers like Sony, XSEED, and NISA have been giving the series more attention of late with console ports and worldwide releases, opening the door to a much wider audience.

Azure Reflections, from the Japanese indie studio behind Croixleur Sigma, is the latest Touhou game to benefit from that attention. It sticks close to the series’ bullet hell roots: playing as one of three characters, you thread your way through on onslaught of complex bullet patterns while shooting down anything that gets in your way.

More than any other bullet hell I’ve played, bosses are the focus here. They take up most of the playtime, and rightly so, because they’re where Azure Reflections is at its most exciting: each encounter is a carefully choreographed dance, with complex, creative bullet patterns that rely as much on problem solving as they do quick reflexes. 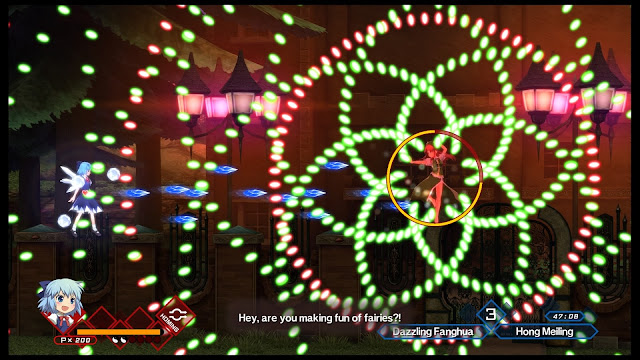 Many of these patterns will be familiar to bullet hell vets, with the usual array of intersecting arcs, waves, and spirals, and volleys. But among them are more unusual ones: lines of shots that flood the screen from top and bottom, creating a series of vertical walls with only narrow gaps between them; a ring of bullets that surround you, limiting the space available to you as you dodge other incoming shots; a boss who flies across the screen with a trail of shots behind her, forcing you to play chicken to get in as much damage as you can before jumping out of the way. The way all these different patterns combine makes them exhilarating to fight through (and beautiful to look at, too).

By contrast, the regular levels are throwaway. There’s only a handful of different enemy types throughout the whole game, and rather than the intricate shot patterns of the bosses, they tend to just fire haphazardly on your general direction. Fighting the regular enemies is almost entirely an exercise in reactions and knowledge of where they spawn, so you can shoot them as quickly as possible. There’s none of the majesty of dancing through a boss’s carefully crafted attacks, making them tedious and, on harder difficulties, frustrating. Luckily, the levels themselves are short—you’ll usually spend much more time fighting a boss than getting to her—but the game would be better off if they weren’t there at all, and was simply a boss rush game.

One thing that separates Azure Reflections from a lot of other bullet hells is its Danmaku Rush system, which is an offensive tool, a defensive one, and a scoring mechanic all at the same time. At almost any point, you can pop a shield that briefly slows down time and absorbs any bullets that touch it; while the shield is up, you can also dash in any direction, and potentially do big damage to any enemies you hit. The more bullets you’ve absorbed before you rush, the bigger the damage will be, but it’ll take a while to recharge afterwards. 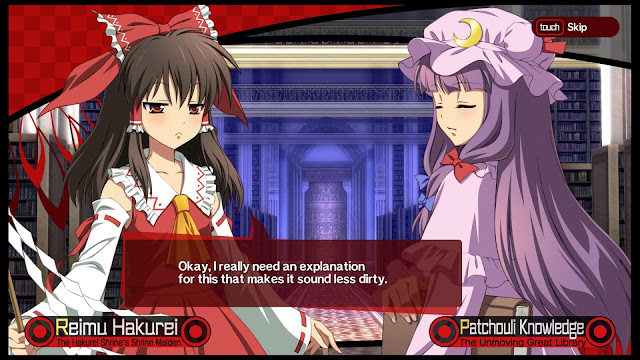 The defensive benefits should be clear, but smart use of this system can be a lot more efficient than whittling down an enemy’s health with regular shots. With the right timing and positioning, you can pop the shield just in time to absorb a huge barrage of shots, allowing you take down a boss that still has substantial amount of health left. That’s the key to getting high scores (as well as fighting through some of the more devious bullet patterns).

Azure Reflections also has a couple of systems in place that make it a bit more forgiving than other bullet hells. Most significantly, you can’t get one-shotted: if you get hit by a bullet, you’ll be stunned for a fraction of a second, and you only die if you get hit a second time while stunned. Given the barrages that bosses throw out, a one-two punch isn’t uncommon, but there’s at least a chance of recovery if you make a mistake, and a fraction of a second more time to save yourself with a last-minute spell card (Touhou’s version of a screen-clearing bomb). Likewise, you can’t die from colliding with enemies; instead, you stumble backwards, losing the ability to shoot for a moment before you regain your composure.

That doesn’t mean the game isn’t hard—even Normal difficulty is brutal, and Hard and Lunatic are utter chaos. It means there’s some sort of safety net there, particularly on the Easy difficulty, where bullets are more sparse and there’s more chance of safely shaking off a stun. 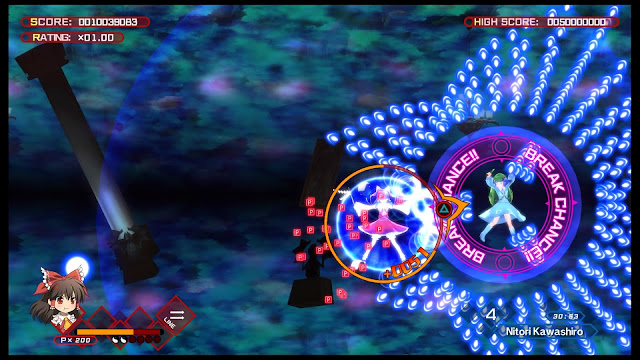 A simple accessory system can also help, with a wide array of items available for purchase with points collected in game. As well as customising the look of your characters, they confer helpful bonuses, like reducing the stun duration and extending the area of your shield.

The story wrapped around this is a light touch: a mysterious red mist prompts the shrine maiden and longtime Touhou heroine Reimu to investigate, getting her caught up in a time loop and an endless battle with the residents of Scarlet Devil Mansion. The only way to break the loop is to destroy a magical blue mirror hidden within the mansion, though Reimu will need to get past the vampires Remilia and Flandre Scarlet in order to do so. (Meanwhile, the witch Marisa and ice fairy Cirno also get inadvertently caught up in the time loop, mostly due to their own curiosity.)

There’s very little plot, but the time loop set up creates an interesting meta narrative where each failure and repeated attempt is a sort of ongoing story. Azure Reflections isn’t the first game to do this, and it’s more of a gimmick than a meaningful narrative device, but it’s a neat touch all the same. The highlight of the story, though, are the characters: Touhou’s characters are charming and hilarious, and the exchanges between them before and after a each boss fight are a delight. 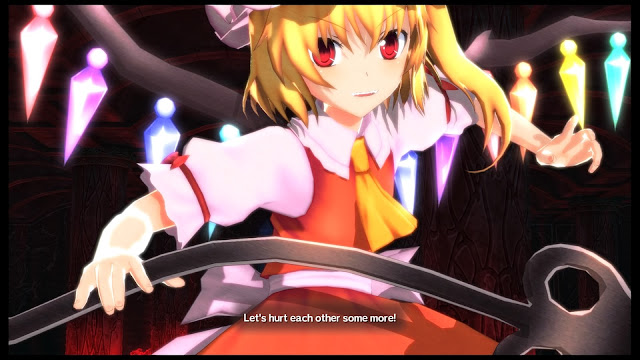 Azure Reflections has plenty of challenge to offer the hardcore bullet hell fiends, but with its relative approachability and level of polish, it’s also a great introduction to the world of Touhou shooters.